Objective: Malaria is one of the leading cause of morbidity and mortality in the developing countries, most especially in the sub-Saharan Africa where the transmission rates are very high. Despite some intervention by government, many people are still infected by the disease. Therefore, this study seeks to evaluate the environmental risk factors affecting malaria prevalence and the spatial-temporal distribution of malaria incidence, in order to delineate the most severely affected area in Ibadan, Southwest and Nigeria.
Methodology: The data and materials used include Monthly reported cases of malaria for ten years, 2006-2015, meteorological data (Rainfall, relative humidity and Temperature) and remotely sensed data such as Landsat 8 Operational Land Imager (OLI), Shuttle Radar Topography Mission (SRTM) and soil map of the study area. The relationship between malaria incidence and climate variables were evaluated. The result obtained from climatemalaria correlation was used in ranking the selected climatic factors in developing malaria risk map. Mapping of different spatial clustering patterns like hot spots, high risk and cold spots over the entire study area was done by Hotspot analysis.
Result: The results showed that there is a strong relationship between climatic factors and malaria incidence especially maximum temperature and relative humidity. It was also observed that the intensity of clustering of high values (hot spot) and low value (cold spot) was low and varied throughout the study period, but relatively high in the year 2010, 2011 and 2014. The statistically significant hotspots of malaria were consistently detected in southern and eastern part of Ibadan central urban area (Ibadan South-West, Ibadan South-East and Ibadan North-East LGAs) and except Ibadan North-East LGA once in 2011. However, Ibadan North and Ibadan North-West LGAs remained malaria coldspot throughout the study period. The results could help government agencies, health practitioners and policy makers to plan in the prevention and control of malaria prevalence in the area. 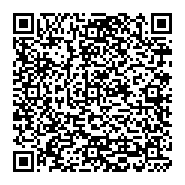