Evidence of Tornadoes Reaching the Countries of Rio Branco do Ivai and Rosario de Ivai, Southern Brazil on June 6, 2017

A vortex originating from a cumulonimbus cloud, tapering toward the ground, and touching it is called a tornado. Feared and admired by man, the tornado is an atmospheric phenomenon that can cause a catastrophe to pass through. If it reaches an unsuspecting and unprotected population on inhabited urban and rural properties, it can lead to human losses and serious material damage. It causes serious losses with the death of wild and farmed animals. On June 6, 2017, an alleged tornado hit the municipalities of Rio Branco do Ivaí and Rosario do Ivaí, located in the state of Paraná, southern Brazil. The images of the alleged tornado have been disseminated on social networks and in several newspapers in the country. Local officials reported the damage caused by the alleged tornado, causing a large number of homeless, with the destruction of houses, as well as the killing of animals and the destruction of rural properties. The occurrence of tornado had not been confirmed by the country's meteorological institutes. A search was initiated to verify the probable cause of the losses and damages caused in these counties, by the supposed tornado. They analyzes and indicates that not one, but probably more than a tornado hit the counties of the central region of Parana state. 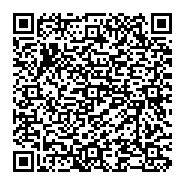