Dr. Vasiliki E. Kalodimou is the Board/Committee on Research Ethics at the National Hellenic Research Foundation (Ε.Ι.Ε), previously was the Director at the Flow Cytometry-Research and Regenerative Medicine Department of IASO Maternity-Pediatric and Research Hospital in Athens, Greece, as well as the CBB Director & Processing Facility Director at MedStem-Cryobanks of IASO. Before her current appointment, Kalodimou served as a hematology research associate at General University Hospital of Heraklion, Crete, and as an instructor at both the General University Hospital of Heraklion and the Ipokratios Medical-Technical Institute of Athens. .

Since 2006, Dr. Kalodimou has studied and working with stem cells from placenta, umbilical cord and adipose tissue, in every day practice and their applications in regenerative medicine, clinical trials, medical tourism and Flow Cytometry. Also is working in the area of human genetics & population genetics as well as cellular standards. In addition to collaboration with state universities and pharmaceutical companies on research projects (16), Kalodimou frequently publishes (45 & 9 books) her findings. She has 2 patents. She received the experienced “Shining Star” award, AABB PEP Program, 2017, the AABB PEP Volunteer of the Year Award for 2018, she is the AABB PEP International Ambassador, a TEDx Speaker & a Skill Mentor at EUvsVirus for 2020 Covid-19 Pandemic & in October 2020 she received the AABB President’s Award for her work in cellular therapy and as a mentor. She is in the editorial board and a reviewer in several scientific international journals as well as board member in scientific organizing committee’s for medical conferences worldwide. 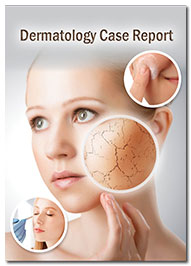