Background: Previous studies have shown alpha- tocopherol favorable effects on biochemical markers of kidney function and tissue damage in experimental models of diabetes. However, few reports highlight its effect in organ morphology and even less its impact during pregnancy. The main goal of this study was to evaluate the effect of alpha- tocopherol supplementation on the renal tissue morphology of diabetic pregnant rats.
Methods: Diabetes was induced in female Wistar rats after intraperitoneal administration of streptozotocin. Healthy rats without any preparation were used as control subjects. Diabetic and control rats were grouped by receiving oral alpha-tocopherol 150 mg/kg/day or the vehicle during pregnancy. Euthanasia was practiced by bleeding under anesthesia at 20 days of gestation. Metabolic markers in plasma were analyzed and the kidney cortex morphology was studied by optical and electron microscopy. Statistic studies were performed using Kruskal Wallis, U Mann-Withney, Dunn and Fisher tests; significant differences were considered with p<0.05.
Results: Diabetic rats presented a lower weight gain than the control group, hyperglycemia, hypercholesterolemia and morphological alterations on renal cortex, with increase in glomerular volume and 70% of tubular damage. A lower incidence of kidney lesions was observed in diabetic rats that received alpha- tocopherol, with similar glomerular volumes to the control and improved of tubular cells with only 36% of damage. Conclusions: The administration of alpha- tocopherol to diabetic rats during gestation showed a protective effect on the morphology kidney. This result would be related to the antioxidant action of alpha- tocopherol, but further studies are needed to confirm this.

Diabetes mellitus during pregnancy is associated with a high incidence of congenital malformations, spontaneous abortions, and maternal and neonatal morbidity and mortality [1-3]. The common complications in diabetic patients such as retinopathy, neuropathy, accelerated atherosclerosis and nephropathy are also added to the complications in reproduction and pregnancy [4]. Hyperglycemia is the most important factor in the progression of the complications because it induces inflammatory, metabolic, and hemodynamic changes [5] as well as oxidative stress [4].

Methods that alleviate the damage caused by diabetes will contribute to improve the mother´s and her offspring’s health, although an adequate metabolic control and pre-conceptional care are the basis for a successful pregnancy [6]. Different experimental models have shown that nutritional supplementation with antioxidants decreases conception losses and embryo-fetal dysmorphogenesis [7-13]. Vitamin E has been one of the most used antioxidants. Its main function is to interfere with the chain reaction of membrane lipids peroxidation [14]; besides, it has been suggested to be a regulator of gene expression and cell signaling [15].

Vitamin E supplementation like alpha-tocopherol has been reported to induce beneficial effects on the morphology and function of diabetic kidneys in humans [16] and non-pregnant rats [17-22]. However, little is still known about the effect of this antioxidant on the kidney morphology during gestation [23,24]. The main goal of this study was to evaluate the effect of alpha- tocopherol supplementation on the kidney structure of diabetic pregnant rats.

Female Wistar rats were obtained from the center of breeding of experimental animals in Havana (CENPALAB). They were maintained in an experimental room under controlled conditions of temperature (22 ± 2°C), humidity (50 ± 10%), and a 12-hour light/dark cycle for a week [25].

Diabetic and control rats were mated with non-diabetic males and the morning on which sperm was found in the vaginal smear was designated as pregnancy day 0 [7]. Diabetic rats were randomly assigned to two of the three experimental groups: DE: with alphatocopherol administrated by oral gavage (150 mg/kg/day) [7] and DV: another diabetic group with vehicle (NaCl 0.9%); 20 rats comprise each diabetic group. The control group (C) includes ten animals without any treatment.

The glucose level was determined during the zero, six, eleven and twenty days of gestation in every group to confirm diabetes. Euthanasia was practiced by bleeding under anesthesia [27] (sodium thiopental 50- 60 mg/kg and puncture of the inferior vena cava).

For optical microscopy, a fragment of the right kidney cortex was fixed in 10% neutral formol buffered with NaH2PO4 0.03M-Na2HPO4 0.05M buffer pH 7.0. Tissues were embedded in paraffin and cuts were made with 3-4 μm thickness. Staining with hematoxylin-eosin was performed.

Both an Olympus BH2 microscope and a digital Nikon Coolscope microscope were used to observe the lamina of the kitney cortex. The glomerular volume was measured as the area of the glomeruli which were cut transversely (60-100 per rat), with the help of the morphometric program Image J [28] and the formula of Weibel and Gómez [29]. Damage in the proximal tubules which were cut transversely (about 40 per rat) was also analyzed. Presence of dilatation, intra-cytoplasmic vacuolization and cellular atrophy (apoptotic nuclei, basement membrane denudation, and cell desquamation in the tubular lumen) were considered; the normal structure was marked as 0 and the presence of some damage was marked as 1.

For the electron microscopy study, a right kidney cortex fragment was fixed in glutaraldehyde (3.2%) and osmium tetroxyde (2%) in NaH2PO4 - Na2HPO4 50 mM buffer, pH 7.2-7.4. Dehydration was carried out with 10%- 100 % acetone and it was included in Spurr resin blocks [30]; 1 μm cuts were performed (Leica Ultracut R ultramicrotome), which were stained with Stevenel´s blue [31] for the glomeruli identification, and 50-60 nm cuts were also performed with glass knifes, which were contrasted with uranil acetate and lead citrate. A JEOL 1010 (JEOL Peabody MA) microscope with a fitted digital camera was used, and the characteristics of the basal membrane, the cytoskeleton, the organelles and the extension of the podocytes in the glomeruli were analyzed, as well as the characteristics of the organelles and the timing of brush of the proximal tubule.

All experimental procedures were approved by the University Committee of Ethics in Animal Experimentation, which assures adherence to the standards established by the Guide for the Care and Use of Laboratory Animals [32].

Graph Pad Prism 5.0 was used to apply the Kruskal-Wallis, Dunn and Fisher statistical inference tests for the renal study. The INFOSTAT program and the Statistical package 8 with the Kruskal Wallis and U Mann-Whitney tests were applied for the rest of the variables. The differences were considered statistically significant with values of p<0.05.

Diabetic rats presented less weight gain than the control group, independently of receiving the supplement or not (DV 89.4 g, DE 78.4 g, C 111.9 g p=0.0014). The results of the blood chemistry variables are shown in Table 1.

Qualitative analysis by optical microscopy of the renal cortex of diabetic rats without alpha- tocopherol revealed several defects when compared to the control group (Figures 1I and 1II). In particular, capillary dilatation in the interstitium and atrophy in extensive zones in the proximal tubules, alternating zones with not alterations (Figure 1III). Diffuse tubular damage was also observed in this group, which was characterized by luminal dilatation, epithelial smoothing and denudation. The increase in glomeruli size was due to a diffuse mesangial increase; we think this is due in part to the matrix and cells. Also, the glomeruli showed a marked obliteration of capillaries, hypertrophic podocytes, and thickening of the wall of the arterioles (Figure 1IV). A lower incidence of these lesions in the renal cortex was observed in the group of diabetic rats that received alpha- tocopherol (Figures 1V and 1VI). To study the renal cortex further, electron microscopy was performed. The renal cortex of diabetic rats that not received the vitamin supplementation presented several defects when compared to the control group (Figures 2I, 2II and 2III). In particular, intermittent irregular glomerular basement membrane thickening (Figure 2IV), alteration of the cytoarchitecture of the podocytes with a big quantity of vacuoles and fused feet in extensive zones forming smooth structures (Figure 2IV and 2V). In addition, the proximal tubules presented tubules (Figure 2IX) was found in this group. Also the podocytes appeared with little or none fusion of the feet (Figure 2VIII). To further characterize the changes in the renal cortex, we calculated the glomerular volume in the different groups. This was increased in the diabetic group with no supplementation in a statistically significant manner when compared with the control group (Figure 3A). Indeed, the renal damage measured by damaged in the proximal tubules, increased to a 70% in diabetic –non treated pregnant rats compared to the controls (Figure 3B). On the other hand, it was observed that in rats with the supplement, the glomeruli had similar volumes to the controls and only a 36% of the proximal tubules were damaged (Figure 3A and 3B).

The main results of the present work include the description by optical and electron microscopy of the lesions in the renal cortex of the pregnant diabetic rats and the protective effect of supplementation with alpha-tocopherol during pregnancy on kidney.

The increase observed in triglycerides and creatinine in all groups including the control ones (Table 1) suggests metabolic changes which are common during pregnancy [34,35]. Furthermore, diabetic rats showed a smaller body weight gain, hyperglycemia and hypercholesterolemia which characterize uncontrolled diabetes mellitus and alpha- tocopherol did not cause any kind of effect. There are reports with similar results to these ones in analogue animal models [19,36] and in humans [37,38].

The first alterations of diabetic nephropathy include hyperfiltration, epithelial tubular and glomerular hypertrophy, and the development of microalbuminuria. Subsequently, a thickening of the basal glomerular membrane, an accumulation of the mesangial matrix, proteinuria, and glomerulo sclerosis are produced, which, if this state progresses, would lead to a terminal renal failure. The accumulation of mesangial matrix reduces the capillary filtration surface area, leading to a progressive loss of the renal function [39]. An impaired Glomerular Filtration Rate (GFR) is the final common pathway of diabetic kidney disease. Once the GFR is impaired, cardiovascular disease events and progression to end-stage renal disease occur at unacceptably high rates, even with proven medical management. This underscores the need for the primary prevention of impaired GFR in persons with diabetes [40].

A high incidence of glomerular, tubular and interstitial damage was observed in diabetic rats during this study, what means that this experimental model could be considered in future studies of diabetic nephropathy.

Several mechanisms have been considered in the progression of complications of diabetes, being hyperglycemia the most important factor. In the renal tissues, the input of glucose does not depend on the insulin; this way, in conditions of hyperglycemia, the tissue is exposed to the harmful effects caused by the high concentrations of glucose. This includes metabolic changes that provoke oxidative stress and the activation of pro-inflammatory ways that mediate in damage of the renal tissue [4]. For that reason, the fact to find the methods to counteract the alteration of the REDOX homeostasis and the exposure to pro-inflammatory cytokines in diabetes is a key for the prevention of complications, being the antioxidants the therapeutic candidates which have been evaluated by other researchers.

Previous studies have considered the effect of vitamin E on diabetic nephropathy because of its proven antioxidant effect. The supplementation with different forms of this vitamin has prevailed on the reduction of albumin excretion in humans [16]. On the other hand, proteinuria, urea and creatinine diminished in the blood of nonpregnant diabetic rats, as well as the inflammatory response and the oxidative stress [17-22]. There are few reports concerning pregnant diabetic rats, but favorable effects have been observed on renal function, decrease of oxidative stress and glomerular damage [24].

This study provides evidences by optical and electron microscopy for the fact that the supplementation with alpha-tocopherol in pregnant diabetic rats led to the normalization in the volume of glomeruli and minimized the tubular damage and another kind of damage in structures of the renal cortex. Similar results have been observed in another experimental study with aged garlic extract, a natural antioxidant [41].

On the other hand, previous studies have shown a reduction in the markers of oxidative damage in biomolecules such as lipids [17,19- 22] and proteins [20], and an increase in the antioxidant defenses mediated by a reduced glutathione [23], associated with an improve of the renal function in the diabetic rats supplemented with vitamin E. Current thought is that epigenetic effects of nutrients and other dietary factors (for example, antioxidants) during embryonic development can modify susceptibility to developing chronic diseases [42].

Copyright: © 2015 Romero TF, et al. This is an open-access article distributed under the terms of the Creative Commons Attribution License, which permits unrestricted use, distribution, and reproduction in any medium, provided the original author and source are credited. 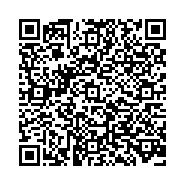