Methods: Subjects were menopausal women over 65 years of age, and they were divided into 3 groups C, DFT, and CBP-combined DFT (DFT-CBP) and analyzed for 2 months.

Changes in internal secretions in menopausal women lead to bone loss and weakening of cross-linked structures [1,2]. Exercise and a nutritional intake are recommended for the prevention of bone loss and for bone improvement, which are influenced by a balance between bone formation and resorption. Previous studies have shown that bone mechanical stress associated with intense exercise is very important in bone improvement [3,4]. On the other hand, Appleby et al. [5], in a prospective study of women and the incidence of bone fracture, reported that exercise increased the relative risk of bone fracture. In contrast, dynamic flamingo therapy (DFT), which has been proposed as a safe and simple method, has been suggested to improve both the mechanical stress on the lower limbs and balancing ability [6-8]. However, the mechanism by which DFT leads to bone improvement is unclear, and its impact on bone metabolism remains undetermined.

In recent years, consumption of milk basic protein (MBP) supplement and similar dairy products has frequently been used in order to promote bone improvement [9-13]. Of these products, concentrated bovine-milk whey active protein (CBP) has been shown to induce bone formation in vitro, and has attracted interest as a method of bone improvement [12,13]. CBP directly affects bones by acting on osteoblasts [12] and indirectly by acting on growth hormone (GH) [13]. However, although the possibility that an intake of CBP alone leads to bone improvement in middle-aged men and women has been suggested, the specific mechanism underlying its role in bone metabolism and other bone-related factors has yet to be established [14]. Previous research on bones and nutritional intake has given rise to disagreement [15-17], with some reports claiming bone improvement and others showing no change [18-20]. Accordingly, at present, no consensus has been reached [15,21]. In contrast, bone improvement has been reported when nutritional intake is combined with exercise, in which the combined use of CBP supplement and DFT results in a safer, positive, and synergistic effect on bone improvement.

Subjects were 35 menopausal women more than 65 years of age (71.9 ± 6.3 yr), who did not have any major illness or a history of illness and were confirmed to have no problems for CBP supplementation. Subjects consisted of people who were below the healthy level of bone mass (63.1 ± 2.4%, ratio for young adult mean) as stipulated by the Japanese Society for Bone and Mineral Research [22]. The subjects were assigned randomly to 3 groups: C, DFT, and DFT-CBP. The informed consent was obtained from all subjects, and this research has been approved by the department of ethics committee at the Aomori University of Health and Welfare (No.11022).

A self-completion questionnaire was handed out to the subjects, and was collected on the day of blood sampling after individual interviews. The items asked in the questionnaire consisted of age, menarche, menopause, smoking, drinking, and exercise habits, status of major diseases, osteoporosis, fracture, and medication including the use of Non-steroidal anti-inflammatory drugs (NSAIDs).

In terms of the DFT implementation method, the subjects were requested to stand on one leg with both hands on the sides (on each leg, right and left, for 1 min and 3 times a day [morning, noon, and night]) [6,23]. In addition, for safety, the subjects were allowed to grab the wall, desk, or handrail. A total count of 1 min was allowed even when the subject did not stand continuously for 1 min. DFT was performed more than 5 times per week for 2 months. The DFT-CBP group was administered an oral CBP supplement (Seperex Nutritionals Ltd., New Zealand) of 1 tablet per day (CBP 60 mg/Tablet) after breakfast for 2 months.

Bone mineral density was measured using the A1000 EXPRESS (General Electric Co, USA) ultrasound wave specifications and the side of the calcaneus which does not have an anamnesis injury was measured.

Subjects were told to fast and their blood was collected from the antecubital vein in a sitting position, and blood composition was analyzed using the automatic blood cell counter ‘SE-9000’ (Sysmex Co., Japan). Serum samples were separated from blood samples by centrifugation for 10 min at 3000 rpm and kept frozen at -30°C until used for measurement at a later date. The measurement items of the serum elements included total cholesterol (TC) levels, HDL-cholesterol (HDL-C), triglyceride (TG), high density lipoprotein cholesterol (HDL-C) and low density lipoprotein cholesterol (LDL-C). The blood measured the TC, HDL-C, TG and LDL-C by enzyme methods.

Maker of bone metabolism and hormones

The results are shown as mean values and standard deviation (SD). Multiple comparisons in each group between before treatment and 1 month or 2 months after treatment initiation were performed using Tukey’s HSD test. The analysis was performed using the IBM SPSS Statistics (Ver.19.0) and statistical significance was set at p<0.05.

The physical characteristics and lifestyle of subjects are shown in table 1 (mean ± SD).

Values are the mean ± standard deviation

There were no significant changes in the body composition in all groups (Table 2).

Table 2: The comparison of the body compositions production between the 2 months (ANOVA).

There were no significant changes in the blood composition such as lipid related items, in all groups (Table 3).

Table 3: The comparison of the blood elements production between the 2 months (ANOVA).

There were no significant changes in the BAP in all groups. However, the DPD bone marker showed only a 27.7% decreased value in the DFT-CBP group after 2 months of treatment initiation, in comparison with the value before treatment (p<0.01) (Figure 1).

Figure 1: Changes in bone metabolism markers in each group within 2 months.

Figure 2: Changes in bone-related factors in each group within 2 months.

GH, which affects bones, was affected by whey protein and CBP [12,13,24]. GH is activated by increases in skeletal muscle mass and exercise intensity and is involved in lipid metabolism [25-28]. CBP, which is strongly related to GH, has been reported to act directly and indirectly on bones [12,13]. Further, mechanical stress is essential for bone improvement [2], in which the act of standing on one leg for 1 minute gives the proximal part of the femur a load equivalent to that of 53 minutes of walking [6,29,30]. However, earlier research involving healthy middle-aged men and women fed with CBP alone has shown that this regimen by itself may directly result in bone improvement [14]. Moreover, DFT research by Sakamoto [6] showed a trend toward a partial increase in bone density, although this study did not show any significant improvement in bone health. Our results also showed no bone-related change in body composition or blood component. During the 2-month monitoring period, the required threshold for a change in body composition or blood component was not reached, and the combined effects of DFT and CBP on bone features were limited.

Fujimura et al. [31], using resistance exercise, and Woitge et al. [32], using aerobic exercise, reported a continuous decrease in DPD, although after a period of time, the subjects reverted back to their baseline values. In other words, DPD exhibits a biological reaction regardless of the type of exercise, and the difference in the regression time is influenced by the intensity of the exercise. Aoe et al. reported that a 6-month intake of MBP supplements resulted in a reduction in type I collagen cross-linked N-telopeptides (NTx) and suggested that bone improvement was suppressed by bone-resorbing factors [9,10]. Research by Zou et al. [11] also showed a reduction in NTx, despite a constant BAP, after MBP supplementation for 8 months. Furthermore, Rudman et al. [25] have shown that the administration of GH to elderly patients resulted in the activation of bone formation and resorption, with bone resorption predominating during initial bone remodeling.

On the basis of these results, it is suggested that bone resorption factors are readily affected by exercise and supplements and may play a central role in bone metabolism. The results of the present study show that the synergistic effect of CBP supplements and exercise may activate bone metabolism and resorption. On the other hand, although all groups showed a significant change in CT, no change in PHT, which is involved in CT reactions [33], was reported, thus suggesting the requirement for DFT implementation. In particular, changes in CT and DPD in the DFT-CBP group indicated an association. CT levels in the blood were altered neither by a short period of intense exercise nor by a long period of moderate exercise [34]. Given the amount of load and age of the subjects in the present study, it seems clinically unlikely that the changes would be associated with an increase in estrogen or other bone-related secretions. As such, CT readily reacts to weak loads, similar to the responses to routine daily activities or DFT. Further, CBP, which acts directly on osteoblasts, appeared to have little impact on CT.

In bone remodeling, inhibition is caused by a variety of bonerelated factors and interactions between cells [35,36]. Rodondi et al. [37] have reported that the combination of whey protein and other related factors imparts a synergistic effect on frail elderly patients. Given these facts, we feel that light, short-term exercise loading also prompts a synergistic effect with CBP supplement and may lead to a method for bone improvement.

In Japan, a safe and simple method for bone improvement for the elderly has yet to be established, prompting the need to identify effective approaches from the area of evidence-based medicine. The present study could not clarify the specific mechanism of coupling or the synergistic effect on bone-related factors. However, DFT with concomitant CBP supplement show the possibility of further enhancing the effects on bone and has potential as a method of bone improvement that is effective and safe.

I gratefully appreciate the financial support of Grant-in-Aid from Aomori University of Health and Welfare that made it possible to complete my thesis. Finally, I would like to express my deepest gratitude to the nurses of the Nakasato health center whose enormous support and insightful comments were invaluable during the course of my study.

Copyright: © 2013 Lee S, et al. This is an open-access article distributed under the terms of the Creative Commons Attribution License, which permits unrestricted use, distribution, and reproduction in any medium, provided the original author and source are credited. 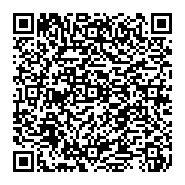