Smothering is a type of asphyxia in which the external respiratory orifices are closed by hand or any other means. Usually the victims of smothering belong to extreme age groups, very young or old and those with debilitating diseases. This article reports the case of an old man found dead in the morning with mild bleeding from nostrils. In view of minimal findings, it was already difficult to prove the same as a case of smothering, which was further made more difficult by the relatives who refused to accept this fact and attributed the nose bleed to a hypertensive bleed. Keywords: Smothering; Old age; Histology

A 72 year old retired mechanical engineer was found unconscious on his bed on the morning of 6th April 2018. His wife went to son’s room, wakes up him and informs him, who calls nearby doctor. The deceased was found in a prone position and the doctor after examination told them he is no more. There were a few drops of blood on his nostrils at the time, and with a history of him being on medications for hypertension, the family and the physician assumed the cause of death being related to hypertension and age related cause. Later he was taken to AIIMS casualty where he was declared brought dead and sent for post-mortem examination.

Figure 1: Photogragh of the face of the deceased showing the mucosal surface of lower lip by everting the lip. The investigating officer was advised to preserve pillow and bed sheet and sent to the forensic science lab for further examination. After the facts were informed, police investigated in these lines and the recently appointed care giver was arrested along with his two accompanists. The care giver had given the robbers entry into the house and during their attempt of robbery; it awoke this gentleman, and was therefore murdered.

Smothering is among the more challenging types of cases in the field of forensic pathology. Mostly the physical weakness and social isolation of the elderly individuals makes them victims of assault for various motives. Homicides of elderly individuals are more likely to occur in the home and have been seen to be ten times more likely asphyxiated than the younger victims [2]. Crime scene visit also will add up to reach at a conclusion.

As we mentioned earlier, the family refused to believe our findings initially, and justified the injuries in the oral cavity to some recent fall in the bathroom. After patient convincing and pointing out facts like the absence of blood stains over the bathroom floor and that it was present only over the center of the king size bed and over the center of pillow and the injuries were minimal because a soft object like a pillow was used.

It is the duty of a forensic surgeon to rule out all the possibilities to reach at the cause of death and to give justice to the society. The family could not be blamed for their doubting of our suspicious. They believed they had well secured house with a number lock, and had seen him going to sleep, there was no disturbance over the crime scene all of which led to believe them he might have died due to natural causes. While doing postmortem examination of elderly individuals always have to check labial mucosa and have to rule out any possibilities of foul play as most of the times the culprit maybe from home itself and the findings may be minimal.

Death in smothering will be due to lack of oxygen but certain classical findings like venous congestion which cause bluish discoloration of face, petechial hemorrhages of face and head won’t be present as venous return from head and neck remains unimpaired [3]. In cases of smothering using soft covers, skin lesions in the face will be minimal and only fine streaky abrasions and minor reddening and bleedings can be observed [4]. Rarely fibers from the fabric of the soft cover could be identified in the mouth or airways of the individual [5]. The injuries over the labial mucosa may have produced as his lip must have pressed against the teeth at the time of smothering.

The particular histopathological findings seen in asphyxia are alveolar hemorrhages, acute congestion, atelectasis, emphysema, margination of leucocytes, bronchial collapse and perivascular oedema [6,7]. These signs are not specific but it adds to the postmortem findings. In the particular case findings like alveolar hemorrhage, congestion and foamy macrophages were noted. In addition to that findings of tuberculous lymphadenitis were noted. The chronic condition may have added to his old age weakness.

While doing autopsy in the elderly population, many times importance is not given to finer details as most of the deaths can be attributed to age related illness and disabilities. This case shows the importance of asking proper history, crime scene investigation in addition to careful post-mortem examination as cases like smothering may escape the eyes of a forensic pathologist if he is in a hurry or does not have an index of suspicion, because of which minimal findings may escape from his sight. The oral mucosa should be examined in each and every cases of an elderly post-mortem. Histopathology examination will further add to the post-mortem findings. Toxicological examination has to be done in case of any suspect of intoxication especially in younger individuals.

The authors report no conflicts of interest. The authors alone are responsible for the content and writing of this article.

Copyright: Ã‚Â© 2020 Devassy S, et al. This is an open-access article distributed under the terms of the Creative Commons Attribution License, which permits unrestricted use, distribution, and reproduction in any medium, provided the original author and source are credited. 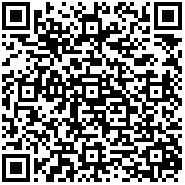