Diabetic nephropathy remains the most common cause of endstage renal failure as the incidence of diabetes rises rapidly worldwide [1]. Nearly one-third of patients with diabetes develop nephropathy. Thickening of the glomerular basement membrane (GBM) and accumulation of extracellular matrix (ECM) protein in the mesangium are hallmarks of diabetic nephropathy.

Transforming growth factor-β (TGF-β) is a key regulator of ECM protein synthesis in renal cells. Three mammalian TGF-β isoforms, TGF-β1, -β2, and -β3, are recognized, of which TGF-β1 is the most potent promoter of ECM accumulation. Expression of TGF-β isoforms occurs in different patterns in renal fibrosis. Induction of TGF-β2 and TGF-β3 but not of TGF-β1 was detected in podocytes of rats with passive Heyman nephritis [2]. Anti-Thy1.1 nephritis is associated with transient induction of TGF-β2 in mesangial cells and podocytes [3]. In the acute phase of experimental diabetes, glomerular TGF-β2 protein was most strikingly induced in the absence of changes in TGF-β2 mRNA levels, whereas no increases in the TGF-β1 protein were detected despite elevated TGF-β1 mRNA levels [4].Renal cortical TGF-β1 protein levels, however, were increased during the chronic phase of disease [4].Indeed, upregulation of renal TGF-β1 has been demonstrated in human and experimental diabetes [5-7].

TGF-β1 is secreted as latent complexes, which are stored in the ECM to provide stability to the active molecule and a readily activable source of it [8]. High glucose together with glycated albumin and advanced glycation end product (AGE) induces TGF-β1 in mesangial cells in vitro [9-11], but not in podocytes [12]. Mesangial immunostaining for active TGF-β1, however, is frequently negative in human and rat diabetic nephropathy [13,14], whereas podocytes exhibit increased expression of TGF-β1 [14-18]. In this context, it is proposed that latent TGF-β secreted by mesangial cells is localized to the podocytes and that activated TGF-β in podocytes leads to GBM thickening and mesangial matrix accumulation in diabetic glomeruli [19-21]. The active form of TGF-β, however, has a very short half-life in plasma [22], and it is unlikely for activated TGF-β in podocytes to traverse the GBM to promote mesangial sclerosis. Instead, TGF-β-induced connective tissue growth factor (CTGF) and vascular endothelial growth factor (VEGF) secreted from podocytes seem to traverse the GBM against the flow of glomerular filtration to act upon the mesangial cells [23].

High glucose as well as glycated albumin and AGE induce TGF-β over expression in mesangial cells in culture [9-11], but not in podocytes [12]. In human and experimental diabetic nephropathy, some mesangial cells show immunoreactivity for TGF-β1 [27,28]. Mesangial immunostaining for active TGF-β1, however, is very weak or almost negligible in human diabetic nodular glomerulosclerosis, despite increased mesangial TGF-β1 mRNA and latent TGF-β1 protein expression [14]. Rather, podocytes or the peripheral portion of the sclerotic segments exhibit increased expression of TGF-β1 protein in human diabetic glomerulosclerosis [5,14]. Enhanced expression of glomerular TGF-β1 is also observed mainly in podocytes of diabetic animals [15-17].In this regard, it is proposed that large latent TGF-β complexes secreted by mesangial cells might be stored in the mesangial matrix in diabetic nephropathy, from which incompletely activated latent TGF-βis released and localized to the podocyte surface [19,21,29]. Podocyte-derived plasmin, matrix metalloproteinases (MMPs), thrombospondin-1, and particularly angiotensin II (Ang II)- induced oxidative stress may activate the latent TGF-β in podocytes [20,21] (Figure 2).

Glomerular hypertrophy is present in the early phase of diabetic nephropathy. Podocytes in enlarged glomeruli have to cover a larger GBM area and are subjected to increased mechanical stress and injury. Cytoplasmic changes manifested by hypertrophy/degeneration, foot process effacement or widening, and subsequent detachment of the cell body from the GBM with areas of bare GBM were described both in animal and human studies of diabetes [30-33]. In cultured podocytes, albumin load or mechanical strain increases the levels of TGF-β1 and AngII as well as TGF-β receptors [34-36]. Glomerular hemodynamic adaptive changes, such as hyperfiltration and hyperperfusion, seem to promote progressive glomerulosclerosis in patients with reduced nephron mass and diabetes [37]. In the remnant kidney model of glomerular capillary hypertension, TGF-β1 [34] and Ang II type I receptor [35] are upregulated by protein-laden podocytes. Together, an increase in glomerular capillary pressure may stimulate Ang II and TGF-β1 expression in podocytes through mechanical force injury in diabetic nephropathy.

Effects of Ang II on TGF-β signaling in diabetic nephropathy

The renin-angiotensin system (RAS) seems to be involved in podocyte injury through the induction of oxidative stress in diabetic nephropathy [37]. Ang II is a major active product of the RAS. Nicotinamide adenine dinucleotide phosphate (NADPH) oxidase produces reactive oxygen species (ROS), such as superoxide and hydrogen peroxide, and is strongly expressed by podocytes [38]. Ang II may enhance the generation of ROS through the activation of NADPH oxidases in podocytes. Unlike mesangial cells, podocytes do not overexpress TGF-β1 in response to Ang II. Rather, Ang II increases the expression of the TGF-β type II receptor and VEGF in podocytes [39]. Furthermore, Ang II-induced oxidative stress may activate the latent TGF-β and, subsequently, the TGF-β signaling system in diabetic nephropathy [21].

Activated TGF-β signals through sequential activation of two cell surface receptor serine-threonine kinases. Upon TGF-β binding, the constitutively active TGF-β type II receptor associates with and phosphorylates the TGF-β type I receptor [40]. Then Smad2 and Smad3 proteins are activated by TGF-β type I receptor kinase. The phosphorylated Smad2 and Smad3 form heteromeric complexes with Smad4, and then translocate to the nucleus, transducing signals to the target genes [41]. Smad3 is strongly activated in experimental diabetic nephropathy [42]. In podocytes, TGF-β1 phosphorylates Smad2 [43,44]. Furthermore, immunostaining for TGF-β1, TGF-β type II receptor and phosphorylated Smad2/Smad3 is increased in damaged podocytes of sclerotic glomerular segments [45]. In this context, TGF-β/Smad2/3 signaling pathway seems to be activated in podocytes of diabetic glomeruli to induce the expression of TGF-β target genes, such as type IV collagen, CTGF and VEGF (Figure 2). Renal fibrotic action of TGF-β/Smad2/3 pathway, however, is negatively regulated by an inhibitory Smad called Smad7, resulting in decreased renal fibrosis [42,46,47].

GBM thickening in relation to TGF-β in diabetic nephropathy

Thickening of the GBM occurs early and is detectable even within a few years after the onset of diabetes [48]. Transgenic diabetic mice with dominant-negative glucose-dependent insulinotropic polypeptide receptor in pancreatic β-cells exhibited slight but significant thickening of the GBM even at 8 week of age, when glomerular size did not differ from controls[17].

A further potential mechanism for GBM destruction and thickening involves the action of proteolytic enzymes, such as MMPs. MMP- 9 expression is increased in podocytes in human and experimental diabetic nephropathy [56]. In cultured podocytes, TGF-β1 stimulates the production of MMP-9 [43,56], and many of the MMPs (MMP-3, -9, -10, and -14) are induced by mechanical strain [57]. Together, increased TGF-β1 levels in podocytes may induce MMPs, resulting in proteolytic damage and thickening of the GBM in diabetic nephropathy.

Induction of VEGF and its effects on GBM thickening in diabetic nephropathy: VEGF-A is almost exclusively expressed by podocytes in the developing and mature glomerulus, and plays an essential role in the formation and maintenance of a functional glomerular filtration barrier [58]. In addition, VEGF-A seems to participate in TGF-β1-induced glomerular fibrosis [39,59]. VEGF acts mainly through two receptor tyrosine kinases, VEGF receptor-1 (VEGFR-1) (FLT1, fms-like tyrosine kinase-1) and VEGFR-2 (human KDR, kinase domain receptor; mouse FLK1, fetal liver kinase-1). The classically recognized functions of VEGF are mediated by VEGFR-2. FLT1is produced as soluble (sFLT1) isoforms, and is capable of binding all isoforms of VEGF, limiting the availability of VEGF to signal through VEGFR-2 (FLK1/KDR).Cultured podocytes possess both VEGFR-1 and VEGFR-2 [60,61]. Recently, Jin et al. [62] reported that podocytes in the mouse glomeruli produce sFLT1.Circulating VEGF-A levels are increased in patients with diabetic nephropathy [63]. In the glomeruli of diabetic animals, VEGF is increased in the podocytes [64-66], and VEGF antagonists have renoprotective effects [64,66-68]. By contrast, some authors described that its expression is decreased in the podocytes of patients with diabetic nephropathy, which could be attributed to podocyte loss [69,70]. VEGF increases α3(IV) collagen via VEGFR-1 in cultured podocytes [71]. Podocytes of diabetic animals may also overproduce α3(IV) collagen through VEGF-A/VEGFR-1 autocrine loop. Indeed, diabetic animals with increased VEGF expression in the podocytes show GBM thickening [64-66,72].

Mesangial matrix expansion in diabetic nephropathy: paracrine effector mechanism of CTGF and VEGF for TGF-β to act on mesangial cells

Podocyte-specific injury in transgenic mice induced mesangial expansion and glomerulosclerosis [73]. Mesangial matrix expansion is prevented in Smad3-knockout diabetic mice [53,54], and anti-TGF-β- treated [55,74] or TGF-β type II receptor-deficient [75] diabetic mice. Thus, activation of the TGF-β/Smad signaling in podocytes from the diabetic glomeruli may contribute to overproduction of ECM in the mesangial areas. And yet the podocyte TGF-β is unlikely to traverse the GBM, as its active form has a very short half-life in plasma. Instead, podocyte-derived CTGF and VEGF stimulated by TGF-β might be transported across the GBM to capillary lumen to act upon the mesangial cells [23].

Podocyte Loss in Relation to TGF-β in Diabetic Nephropathy

In vitro under the influence of TGF-β, podocytes might take on mesenchymal characteristics, and this mesenchymal phenotype may contribute to podocyte dehiscence and loss [112]. Fibroblast specific protein-1, a marker of EMT, is expressed by podocytes in urine and glomeruli of diabetic patients associated with more severe clinical and pathological findings, suggesting that podocyte loss is induced through an EMT [113]. Liu [114] also suggested that EMT could be a primary pathway leading to podocyte dysfunction and detachment in diabetic nephropathy.

Various EMT-related genes, such as CTGF [79], integrin-linked kinase (ILK) [115], PINCH-1 [116], Wnt [117], Snail [56], α-smooth muscle actin [118], and MMP-2 [119], are the targets of TGF-β/Smad signaling in podocytes. Particularly, TGF-β, ILK, and Wnt/β-catenin signals are interconnected, and inhibition of ILK activity ameliorates podocyte Snail induction and EMT [115]. Smad-independent signaling of TGF-β also plays a role in regulating EMT. Together, more severe and/or longer podocyte injury induced by TGF-β may lead to EMT via upregulation of ILK in diabetic nephropathy.

In summary, TGF-β may induce podocyte loss via apoptosis, detachment from the GBM, and EMT of podocytes in diabetic nephropathy contributing to the development of glomerulosclerosis.

Chronic hyperglycemia in diabetic patients may stimulate mesangialcells to secrete TGF-β, which may be stored in mesangial matrix. Soluble forms of latent TGF-β complex released from the mesangial matrix may belocalized to the podocyte surface and activated by Ang II. Activated TGF-β in podocytes may overproduce α3(IV) collagen leading to GBM thickening. Furthermore, TGF-β-induced CTGF and VEGF produced by podocytes may stimulate mesangial cells to overproduce matrix, culminating in diabetic glomerulosclerosis. In addition, TGF-β-induced podocyte loss may contribute to the development of glomerulosclerosis. Together, this review provides new mechanistic insights into the renal TGF-β activation and TGF- β-induced glomerular pathology in diabetic nephropathy. Better understanding of the activation of TGF-β signaling by podocytes and its downstream effectors may provide novel tools for the prevention of progressive diabetic nephropathy.

Copyright: © 2013 Lee HS. This is an open-access article distributed under the terms of the Creative Commons Attribution License, which permits unrestricted use, distribution, and reproduction in any medium, provided the original author and source are credited. 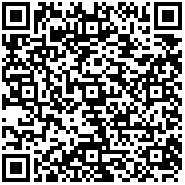