Purpose: This study determined the relative importance of risk factors for Diabetic Retinopathy (DR) and Diabetic Macular Edema (DME) and assessed their independent and joint contributions.

Methods: A prospective study of patients with type 2 diabetes was conducted in a tertiary eye hospital in Melbourne, Australia. Patients underwent a comprehensive eye examination and completed standardized administered questionnaires. Blood samples were assessed for glycated haemoglobin (HbA1c); fasting blood glucose; and serum lipids. Dilated fundus photographs were obtained and graded for DR and DME. The relative importance of the risk factors was determined by the independent and common variance explained in DR and DME using Commonality analysis.

Conclusion: The total, independent and joint contributions of the key risk factors for DR and DME differ in patients with type 2 diabetes, which suggest that may require specific prevention and intervention strategies for these two diabetic complications.

Diabetic retinopathy (DR) and diabetic macular edema (DME) are common complication of diabetes and the leading causes of blindness in the working-age population worldwide [1-3]. DME can occur at any stage of DR and affects central visual acuity [4]. It is well recognized that the duration of diabetes, glycated haemoglobin (HbA1c), hypertension, dyslipidemia, and the onset of diabetes are the key risk factors for the prevalence, incidence and progression of DR and DME. Most previous studies assessing the association between these major risk factors and DR/DME use traditional regression methods (e.g., logistic regression models), which do not fully explain the amount of variation in DR/ DME, partly due to the non-inclusion of shared or common variations among the risk factors [5-10]. Other methods, such as hierarchical regression analysis, have been used to determine the amount of variance in the dependent variable that is explained by the independent variable(s). However, the results obtained from hierarchical regression analysis can be influenced by the order of variables entered into the equation.

The Diabetes Management Project (DMP) is a longitudinal study of adults with diabetes residing in Victoria, Australia. The methodology has been described previously [23]. In brief, English-speaking adults aged 18 years or older with type 1 or type 2 diabetes, free of significant hearing and cognitive impairment, and living independently in the community were invited. Patients were primarily recruited from the Royal Victorian Eye and Ear Hospital (RVEEH). This paper reports on the cross-sectional data for patients with type 2 diabetes. All study procedures adhered to the tenets of the Declaration of Helsinki and all privacy requirements were met. Ethical approval for the DMP was provided by the RVEEH Human Research and Ethics Committee (08/815H). Each individual signed a consent form that outlined the aims and methodology of the DMP.

All examinations were conducted at the Centre for Eye Research Australia (CERA) Melbourne Australia, located at the RVEEH.

Information associated with lifestyle and psychosocial risk factors were collected using validated questionnaires. We report on data collected only from the general questionnaire on self-reported medical and ocular history; diabetes status and duration; demographics and medication use.

Continuous variables are presented as median (interquartile range [IQR]) for data with skewed distribution and mean (standard deviation [SD]) for normally distributed data, whereas categorical variables are presented as absolute (n) and relative frequencies (%) and 95% confidence interval (95% CI). Differences in continuous variables between participants with and without DR were evaluated by the Mann-Whitney-Wilcoxon test for skewed data, and the t-test for normally distributed data. The proportions between participants with and without DR were compared using the Chi-square test.

The relationships between DR, DME and HbA1c and other risk factors were examined separately using a stepwise logistic regression model and all significant factors therefore were included in the CA. CA was used to decompose the total variation of the model into unique and common variance. Unique variance reflects how much variance a risk factor independently contributes to DR or DME that is not shared with other risk factors. In contract, common variance can provide detailed information that identifies and quantifies the variances explained by a group of risk factors. The relative importance of the risk factors was determined by considering the percentages of the sum of unique and common variance explained. CA was performed in R. A two-tailed p-value <0.05 was considered statistically significant.

Sociodemographic and clinical characteristics of patients with and without DR

Patients with any DR (n=297) were younger, had higher use of insulin, and longer duration of diabetes compared to those without (n=200; Table 1, p<0.001 for all). One hundred and thirty four (27.0%) had proliferative diabetic retinopathy (PDR). Patients with any DR also had higher fasting plasma glucose, HbA1c, and lower HDL cholesterol than those without (p<0.05 for all). However, there was no difference between the two groups in educational attainment, income, DBP, body mass index (BMI), LDL-C, and triglycerides.

Table 1: Patients’ characteristics (n=497) of those with and without diabetic retinopathy.

Patients with any DME (n=158) were younger, more likely to use insulin and have more comorbidities, longer duration of diabetes, higher fasting plasma glucose, HbA1c and LDL cholesterol level compared to those without any DME (Table S1, p<0.001 for all).

Risk factors for DR and DME

Table 2: Associations between risk factors for DR and DME in patients with type 2 diabetes from multiple logistic regression models.

The commonality coefficients, which represent the proportion of variance in DR and DME explained by each risk factor uniquely and in combination, are shown in Tables 3 and 4, respectively. Overall, the commonality models indicate that these variables in total accounted for minimal to moderate proportions of variance in DME (19.48%) and DR (44.6%), respectively. However, these values were still higher when compared to results obtained from multivariable logistic regression models (DME: R2=12.77%; and DR: R2=26.14%; Table 5).

Table 5: The results of the multiple logistic regression analysis and the commonality analysis for diabetic retinopathy (DR) and diabetic macular edema (DME).

There were also some important differences in the CA results between DR and DME. Of the five risk factors, duration of diabetes (8.7% of common variance and 7.9% of unique variance) was the largest contributor to the explained variance for DR. The unique and common contributions of HbA1c to DR were 2.1% and 6.4%, respectively (Figure 1). However, HbA1c was the largest contributor (9.45% in total: 5.41% of common variance and 4.04% of unique variance) to the explained variance of DME, followed by age, duration of DM and SBP (Figure 1). Figure 1: The unique and common variance (given as the percentage of the total explained variance) of the risk factors for Diabetic Retinopathy (DR) and Diabetic Macular Edema (DME) in patients with type 2 diabetes.

Negative commonality coefficients indicate that two or more risk factors affected in opposition directions (Tables 3,4). For example, the most negative regression effect was confounded by the combinations of duration of diabetes and age (-1.85%, Table 3), indicating that age was a protective factor and duration of diabetes was a risk factor for DR.

This study investigated the relative importance of major risk factors for DR and DME in a clinical cohort of adults with type 2 diabetes. The total variation; and independent and joint contributions of the key risk factors of DR and DME are markedly different. Our findings confirm that the ethology and pathogenesis of these two conditions are different and require prevention and intervention strategies. For example, based on our data, strategies for screening DR should prioritize knowing the duration of diabetes and the level of HbA1c. For DME, strategies for screening should prioritize the level of HbA1c, the duration of diabetes and SBP.

While the results of this study are consistent with previous findings exploring individually the major risk factors for DR using logistic regression models [3,15,24], the CA model provides additional information about the components of their regression effects. Because the pathogenesis of DR and DME is multi-factorial, identification of the relative importance of the major risk factors using traditional regression methods is difficult due to the collinearity present among explanatory variables, which may bias the importance of each individual risk factor. Furthermore, results tend to rely heavily on regression coefficients, which are not comparable directly due to different measurement scales.

The relative importance of the risk factors for DR and DME was evaluated by examining the proportion of unique and common variance using CA. Our study showed that the most important risk factors of DR are duration of diabetes, followed by insulin use, HbA1c, age, and gender. While it has been assumed that chronic hyperglycemiais critical to the development of DR, our study showed that HbA1c alone only contributed 2.1% of the total variance explained for DR. One previous study also reported that HbA1c and duration of diabetes explained only about 11% of the variation in risk of DR for the entire study population using traditional regression models, but this study did not include the common variance between these risk factors [10]. Blood pressure and HDL cholesterol were significantly associated with DR in the univariate analysis, but these associations disappeared in the adjusted model. Commonality analysis including SBP and HDL showed that those two factors explained a very small amount of variation in DR (online supplementary Table S2).

Our results from CA firstly showed that more than half of the total explained variation of DR was related to the joint variation between the five risk factors, which highlighted that multifactorial risk management approach to prevent DR is needed. On the other hand, we found that all those four risk factors in total explained a relative small proportion of total variance in DME by both logistic regression (12.77%) and CA (19.48%). SBP was significant associated with DME and contributed 0.4% of total explained variance. Importantly, our study showed that HbA1c is the primary risk factor for DME, which has strong clinical and public-health importance. On the other hand, the four independent risk factors for DME explains around 20% of the variance, which suggesting that further research beyond the inclusion of traditional risk factors, is needed to understand the etiology and pathogenesis of DME.

In conclusion, we demonstrated that the total variation; and independent and joint contributions of the key risk factors of DR and DME are markedly different in patients with type 2 diabetes. Our findings confirm that the ethology and pathogenesis of these two conditions are different and require prevention and intervention strategies.

The authors thank their research collaborators, the Royal Victorian Eye and Ear Hospital (RVEEH) and their industry partner, Diabetes Australia, Victoria; for significant contributions to the design and implementation of the DMP; and all who agreed to participate in the DMP.

All authors contributed to the paper. JX undertook the analysis and prepared the manuscript. EF, JJW and TYW edited the paper. JX is guarantor of the data analysis. EL is the Principal Investigator and is overall guarantor for the whole study.

Ethical approval for the DMP was provided by the RVEEH Human Research and Ethics Committee (08/815H).

Copyright: © 2014 Xie J, et al. This is an open-access article distributed under the terms of the Creative Commons Attribution License, which permits unrestricted use, distribution, and reproduction in any medium, provided the original author and source are credited. 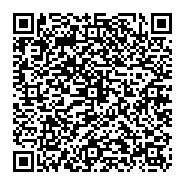