Background: Hypertriglyceridemia is associated with increased insulin secretion and the incidence of Type 2 Diabetes. Studies in rodents and obese children have proposed a relationship between hypertriglyceridemia and elevated plasma amylin levels. However, there are limited data regarding serum amylin and triglyceride levels in adult human subjects with impaired glucose tolerance. In this study, we evaluated the association between serum triglycerides with circulating amylin levels in adult subjects with and without impaired glucose tolerance.

Islet amyloid polypeptide (IAPP or amylin) is a 37 amino acid residue hormone expressed mainly by pancreatic islet β-cells. It is well-known for its ability to aggregate into amyloid fibrils in islets of Langerhans leading to loss of β-cells function [1-3], a step that is crucial in the progression from pre-diabetes to Type 2 Diabetes. Amylin, which is co-secreted with insulin, regulates post-prandial glucose levels in part by inhibiting gastric emptying and suppressing glucagon release while not affecting glucose uptake [4]. Amylin has been shown to mirror insulin secretion in healthy subjects [5], obese subjects, prediabetics (subjects with impaired glucose tolerance) [6,7], and patients with Type 2 Diabetes [5]. These findings suggest an active role for plasma amylin levels in modulating glucose metabolism [8]. However, the mechanisms and the precise role of amylin in the pathophysiology of Type 2 Diabetes remains unclear.

There have been multiple forms of amylin detected in plasma: unreduced amylin (presence of a disulfide bond between amino acid 2 and 7), reduced amylin, and amylin acid (deamidated amylin) [9]. Experimental studies have shown that infusion of amylin into rats lead to elevated triglyceride content in liver and muscle tissue [10] and that infusion of amylin-(8-37), a specific amylin antagonist, reduced muscle triglycerides. Mice, on a long-term high-fat diet, showed augmented amylin levels [1]. Indeed, the free fatty acids palmitate and oleate have been shown to increase amylin expression [11]. Amylin, in turn, blocked glucose disposal by liver cells [12] and exerted a lipolyticlike action leading to increased plasma non-esterified fatty acids and glycerol levels [10]. These results strongly suggest an important relationship among triglycerides, free fatty acids, and amylin release.

Following approval from the Scientific Research and Ethics Committees of the Mexican Social Security Institute (IMSS) and the written informed consent of participants in accordance with the Declaration of Helsinki, a cross-sectional study was carried out. The study included males (n=60) and non-pregnant females (n=80), aged 18 to 77 years-old. The subjects were from urban and rural communities from Puebla, Mexico and met the following criteria: healthy and without Diabetes. Subjects were excluded from the study if they had other endocrine diseases, chronic inflammation or inflammatory diseases, as well as alcoholism.

Subjects were clinically evaluated according to a standardized protocol including personal and family history. In the standing position, weight and height were measured with the subjects in light clothing and without shoes using a fixed scale with stadimeter (Tanita TBF-215, Tokyo, Japan). Body Mass Index (BMI) was calculated as weight (kilograms) divided by height (meters) squared. BMIs <18.4 Kg/m2 and >40 Kg/m2 were excluded. Total body fat was measured by bioelectric impedance using a body composition analyzer (Tanita TBF-215, Tokyo, Japan). Blood pressure was measured according to the recommended technique in the Sixth Report of the Joint National Committee on Prevention, Detection, Evaluation, and Treatment of High Blood Pressure [18]. The data is the average of two physicianobtained measurements.

Venous blood samples were collected into EDTA containing tubes after an overnight fasting of 10 to 12 hours. Blood samples were used for the follow endpoints: fasting glucose and insulin, oral glucose tolerance test (Glucose 2-h post load), Hemoglobin A1c, amylin (total and unreduced-form), and triglycerides. A new blood samples were obtained 2 h after oral glucose administration (75 gr) to determine the Glucose 2-h post load. Fasting glucose and Glucose 2-h postload were determined, in duplicate, using the enzymatic method/ spectrophotometric glucose oxidation (Beckman Instruments, Brea, CA). Fasting insulin levels were determined by chemiluminescent immunoassay (Abbott). The Hemoglobin A1c levels were determined by the turbidimetric inhibition immunoassay. Plasma amylin levels were measured by ELISA following manufacturer’s instructions (Millipore, Billerica, MA [EZHAT-51K for total amylin and EZHA- 52K for unreduced form]). Total amylin corresponds to the unreduced and reduced forms, whereas the unreduced amylin corresponds to only the unreduced form. The sensitivity of the assay was 1 pM for amylin in our hands. The coefficient of variation of amylin was 1.8%. High and low control samples were run simultaneously with values accepted only when control values were within this range. Triglycerides were enzymatically measured using spectrophotometric methods; the intraand inter-assay coefficients of variation were 1.7% and 3.1%. Normal values for triglycerides (<150 mg/dL) were defined according to NOM- 037-SSA2-2002 [19].

Our results show a significant association between serum triglycerides and total amylin levels among pre-diabetics; findings that support the contention that hyperamylinemia may contribute to the pathogenesis of Type 2 Diabetes. Other reports observed increased circulating amylin levels in pre-diabetics [1,22,23]. However, in accordance with Butler et al., our results failed to observe any appreciable difference in amylin levels between pre-diabetics and control subjects [24]. Consequently, given that insulin and amylin levels positively correlate (data not shown), our findings would suggest that elevated circulating amylin levels may be related to the increased insulin secretion observed as a compensation for decreased insulin action; however, the exact form of amylin (reduced, unreduced, or amylin acid) which could be responsible remains elusive. Consistent with our proposal, amylin can act as a neuroendocrine hormone that complements the effects of insulin in postprandial regulation and there is evidence that in mice amylin improves leptin-mediated increases in insulin sensitivity [25]. As seen with our results, the unreduced (biological active) form failed to correlate with hypertriglyceridemia, indicating the mechanisms by which elevated levels of amylin may affect insulin action are unknown.

Studies on triglycerides and amylin in adult diabetics are scarce. However, infusion of amylin in rats lead to greater triglyceride content in liver and muscle tissue [10] and infusion of amylin-(8-37), a specific amylin antagonist, reduced muscle triglycerides concentration. On the other hand, augmented plasma insulin enhanced muscle and liver insulin sensitivity and lowered plasma non-esterified fatty acids [15]. Studies in obese children showed that basal amylin levels were significantly correlated with insulin and triglycerides levels [6]. Interestingly, substantial weight loss in these children led to significant reduced amylin concentration that correlated with changes in insulin and triglycerides levels as well [8]. Percy et al. suggested that the different circulating forms of amylin (reduced and unreduced) or amylin-like molecules may have differential effects on the pathophysiology of Type 2 Diabetes [26]. Here, we determined that total amylin and not the unreduced form was associated with serum triglycerides. We posit that the reduced amylin may have an unknown role in insulin secretion and consequently in Type 2 Diabetes disease development.

Our study has a few limitations. First, the study is a cross-sectional study and cannot determine any causal effect between any of the forms of amylin and hypertriglyceridemia. Second, it is important to note that our study only included Hispanic subjects thus providing valuable information on the relationship between amylin and triglycerides among an ethnically uniform group of subjects. However, further research among adult populations of different ethnic origins are needed to clarify these relationships. Third, our subjects were only first-degree relatives of Type 2 Diabetics. These results need to be confirmed among subjects without a genetics background for Type 2 Diabetes. Fourth, due to the size of the study, we were unable to determine the effects of obesity, hyperinsulinemia, or insulin resistance on amylin levels and hypertriglyceridemia.

In conclusion, our study suggests that serum triglycerides and total amylin levels are significantly associated in only pre-diabetics. Our study also supports the notion for examining reduced amylin and amylin-like molecules for their importance in Type 2 Diabetes development.

This study was supported in part by grants from the Programa de Mejoramiento del Profesorado (PROMEP) of the “Secretaria de Educacion Publica” and the “Vicerrrectoria de Investigación” of the Beneme´rita Universidad Autonoma de Puebla, Mexico (to ETR, MEGM and RPF), The IMSS Foundation CA (to FGR), The National Heart Lung and Blood Institute of the National Institutes of Health (USA) [R01 HL-096518] and a Harvard University Faculty Grant Award supported by the Banco Santander Fund of the David Rockefeller Center for Latin American Studies at Harvard University (to JRR). We would like to express our gratitude to the participants of this study and Ricardo Villegas-Tovar from BUAP Libraries Department. Finally, we would like to acknowledge Prof. María del Carmen Sánchez Guillén, MD, MSc, PhD who passed away and contributed to the development and implementation of this project. Her friendship, collegiality, talent, and creativity are sorely missed.

Copyright: © 2015 Porchia LM, et al. This is an open-access article distributed under the terms of the Creative Commons Attribution License, which permits unrestricted use, distribution, and reproduction in any medium, provided the original author and source are credited. 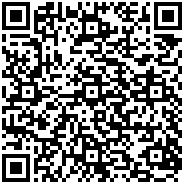