Background: Polycystic ovary syndrome (PCOS) is frequently associated with insulin resistance (IR) and obesity. On the other hand, obesity has been previously linked to endocrine disorders especially thyroid dysfunction. The purpose of this study was to assess thyroid function and volume in women with PCOS and to evaluate their relations to anthropometric measurements and IR.

Conclusions: Women with PCOS had changes in thyroid function and volume which are linked to and associated with IR. Obesity may represent a link between IR and thyroid changes in these women.

Polycystic ovary syndrome (PCOS) is a common endocrine and metabolic disease affecting 6-8% of reproductive age women [1,2]. It is characterized by hyperandrogenism, chronic anovulation and polycystic ovaries after exclusion of related disorders [3]. PCOS women frequently exhibit abdominal obesity, hyperinsulinemic insulin resistance, and other features of metabolic syndrome including dyslipidemia and hypertension, with increased risk for type 2 diabetes and cardiovascular disease (CVD) [2,4,5].

This study was conducted to assess thyroid function and volume in women with PCOS and to evaluate their relations to anthropometric measurements and insulin resistance.

The study comprised 40 middle aged women with PCOS and 62 healthy women matched for age and body mass index (BMI) (Table 1). PCOS women were recruited from Endocrinology, and Obesity outpatient clinics at Mansoura Specialized Medical Hospital, Mansoura University, Egypt. All subjects signed an informed consent to be included in our study. The study was approved by the local ethical committee.

PCOS was diagnosed according to Rotterdam revised Criteria [3] after exclusion of other causes of hyperandrogenism and menstrual irregularities as well as thyroid disease: women with PCOS had amenorrhea or oligomenorrhea and/or clinical (hirsutism with Ferriman-Gallwey Score >7, acne) [15] and/or biochemical hyperandrogenism (increased circulating level of free [FT] or total testosterone [TT] or dehydroepiandrosterone sulphate [DHEAS], and polycystic ovaries on ultrasound scan (at least one ovary more than 10 ml and/or with at least 12 follicles of 2 to 9 mm in diameters).

Control Women had no menstrual irregularities, family history of PCOS or signs of hyperandrogenism. Normal ovulation was assessed by measurement of progesterone on days 22-23 of the menstrual cycle. None of the participants were diabetic, or used medications (hormonal therapy, steroids, and lipid lowering or insulin sensitizers for at least 3 months).

All participants were subjected to complete medical history including menstrual cyclicity, family history, and medications. Complete physical examination was performed with stress on signs of hyperandrogrenism and anthropometric measures including weight, height, BMI calculated as weight/height2 [kg/m2], and waist circumference (WC) (measured at the level of the iliac crest at the end of normal expiration).

Thyroid ultrasonography was performed using high frequency linear probe 5-12 MHz of ATL HDI 500 machine, USA. Subjects examined in supine position with a small pillow placed under their shoulders especially in obese with short neck for better exposure of the thyroid gland. Scanning was done in longitudinal and transverse planes allowing measurements of length, width, and depth of each lobe as well as the isthmus separately, then volume of each one obtained either automatically or using the equation: thyroid volume (ml) = length (cm) × width (cm) × depth (cm) × 0.52 , lastly all added together to get average thyroid volume (Figure 1).

Statistical analysis of data was done by using SPSS program. The data were expressed as mean ± SD for continuous data, frequency and proportion for categorical data. Student’s t-test was used for comparison of quantitative data of two groups. A chi-square test was used to compare categorical data. Pearson correlation coefficient was done to study relation between different items. Multiple regression analysis was also performed with TSH, thyroid volume and nodule as the dependent variables and other variables (BMI, WC, SBP, fasting insulin, HOMA-IR, triglyceride and total testosterone) as independent variables. P<0.05 was considered as significant.

Table 2: Thyroid function and volume in PCOS women and controls.

Table 3: Correlation between thyroid function and volume with other parameters in women with polycystic ovary syndrome.

A multiple regression analysis to assess the independent effect of studied variables on thyroid function and volume in women with PCOS was also performed. BMI, WC, fasting insulin and HOMA remained independently correlated with TSH, thyroid volume and nodule (Table 4).

Previous studies tried to explore thyroid changes in PCOS. Mostly the results of these studies showed elevated TSH and higher autoimmune thyroiditis in PCOS women as compared to control women without PCOS [26,27]. A novel finding in the present study is that only IR-PCOS women; but not NIR-PCOS or total PCOS groups; displayed significant increase in TSH level, thyroid volume and nodule prevalence compared to non-PCOS control women. Furthermore, we found that IR-PCOS women had significant increase in TSH and thyroid volume as compared to NIR-PCOS. In contrast, Ozdemir et al. [28] observed that thyroid nodule prevalence and volume did not differ between PCOS patients with and without IR. However, previous studies reported larger thyroid volume and increased nodule prevalence in subjects with IR [11,29] this together with our results support that thyroid changes are linked to IR in PCOS, so that PCOS alone may not associated with thyroid function or volume changes.

In the current study, HOMA-IR in PCOS women had significant positive association and remained independently correlated with TSH. In one study, subclinical hypothyroidism was not associated with IR in PCOS [12], however, another study described that thyroid function as reflected by TSH level ≥ 2 mIU/L was associated with IR [14]. Thus our results support the relation between IR and thyroid function in PCOS.

IR in PCOS primarily refers to the impaired action of insulin on glucose transport and antilipolysis in adipocytes in the presence of normal insulin binding [30,31], so the relation between IR and thyroid function among PCOS women can be explained by regulatory effects of thyroid hormones on carbohydrate metabolism, gluconeogenesis, lipogenesis and lipolysis. Also they modulate mRNA and protein expression of glucose transporter 4, AMP-activated protein kinase and acetyl CoA carboxylase in skeletal muscle [32]. Taken together with our findings, it can be suggested that thyroid function changes may aggravate IR in PCOS.

Another finding in the current study is that fasting insulin and HOMA-IR were significantly associated and remained independently correlated with thyroid volume and nodularity. In contrast, Cakir et al. [33] found that thyroid volume in PCOS was not associated with hyperinsulinemia or IR. This might be due to inclusion of lean and young PCOS patients in this study. However, In support of our results, Ayturk et al. [29] found that IR was correlated with and a predictor of thyroid volume increase and nodule formation. Insulin receptors are over-expressed in thyroid tissue as an early step in carcinogenesis [34]. There is suggesting evidence that insulin concurrently functions with growth factor and stimulates thyroid cell proliferation [35]. So higher circulating insulin levels may increase thyroid proliferation and induce larger thyroid volume and nodule formation [11].

Adiposity plays a crucial role in maintaining and presumably in generating PCOS. Evidence for this includes the often dramatic improvement in menstrual regularity in response to weight reduction in women with PCOS [36]. Obesity in particular central one is linked to thyroid dysfunction [8]. Increased fat mass may produce more leptin which regulates TRH gene expression that contribute to increased TSH levels [37]. Dittrich et al. [38] revealed that PCOS women with TSH ≥ 2.5 mIU/L had higher BMI in comparison to PCOS women with TSH <2.5 mIU/L. In accordance, we found that anthropometric measures namely BMI and WC were positively correlated with TSH, thyroid volume and nodularity in PCOS women. Since IR-PCOS women in the present study had higher BMI and WC than NIR-PCOS, we suggest that obesity may potentiate IR in PCOS women through effect on thyroid function, so weight reduction may ameliorate IR in such women.

This study has a benefit of comparing thyroid function and volume in PCOS women with healthy women by presence of IR. Our study did have some limitations. The sample size was small, and adolescents with PCOS were not included. Larger sample with age and BMI stratification can be further studied.

The authors thank all sample donors for their contribution to this study and all members of the Endocrinology Unit, Specialized Medical Hospital, Mansoura, Egypt.

Copyright: © 2013 El-Hafez HAA, et al. This is an open-access article distributed under the terms of the Creative Commons Attribution License, which permits unrestricted use, distribution, and reproduction in any medium, provided the original author and source are credited. 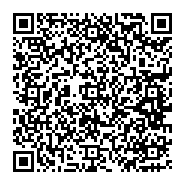