The majority of the workforce in Wa, the capital of Upper West Region of Ghana depends on agricultural for their survival and are living in a sincere poverty, struggling with life and are often forced to migrate to the southern part of Ghana where there is a bi-modal rainy season, in search of greener pastures as a results of climate change, and its resulting losses in productivity. The study analyzed daily weather observations of mean air temperature and daily rainfall recorded over the period 1990 to 2009. The future meteorological data of Wa, Upper West Region in Ghana are forecasted for the relevant authority and political decision-makers to implement projects and measurements to minimize effects of the climate change in Upper West Region. Time series analysis was used to analyze the meteorological data obtained. Microsoft Excel was used to draw graphs. The study recorded an increase in annual mean temperature of 0.4°C in the last decade (1990-2009) with an annual average rainfall of 4.59 mm per decade. The projections over the next two decades indicate that the annual monthly mean temperature will increase by approximately 1°C per decade with the annual average rainfall of 9.19 mm in the first decade (2010-2029). The results demonstrate an ample evidence of heating and floods as natural disasters that may occur in the Upper West Region of Ghana and this can lead to a great loss of harvest where peasant farmers may be more affected. This is a long way could lead further to the increment of poverty in Ghana. The study, therefore, concludes that the inhabitants of Upper West Region and all people in Ghana should be aware of the climate change so that the population as a whole could do their best to mitigate the effects.

Meteorology is the interdisciplinary scientific study of the atmosphere that focuses on weather processes and forecasting. The development of the computer in the latter half of the twentieth century led to a lot of advancement in weather forecasting [1]. Observable weather events are explained by the science of meteorology. Variations in seasonal weather pattern are as much a feature of the modern world which is assumed to represent natural fluctuations about an essentially stable average climate [2]. Socio-economic and other anthropogenic activities in Africa depend on the variation of weather parameters such as temperature, humidity, and wind speed, amount of sunshine as well as wind direction [3]. Despite the inventiveness of human which has led to the technological advances in agriculture, and has dramatically increased crop yields, agriculture in Ghana is still extremely vulnerable to climate since solar radiation; temperature and precipitation are the main drivers of crop growth [4].

The northern regions of Ghana which constitutes Northern, Upper East and Upper West Regions have shown in Figure 1 experience unimodal rainfall occurring between May and November of the year. These regions receive (150 to 250) mm of rainfall per month in the peak months of the wet season (July to September) [5]. Weather is constantly changing, from hour to hour, day to day. There is no part of the world where the weather remains the same for a very long time and it is important to ensure that future climate, environment and socioeconomic projections are mutually consistent over space and time [6]. Studies have shown that there are difficulties in identifying long-term rainfall trends since the annual rainfall is highly variable on interannual and inter‐decadal timescales [7]. The amount of rainfall over Ghana is known to have been particularly high in the 1960s. This amount decreased to low levels in the late 1970s and early 1980s, causing an overall decreasing trend in the period 1960 to 2008, with an average decrease of 2.3 mm per month per decade. Figure 1: The ten regions of Ghana.

The inhabitants of the Northern belt of Ghana especially the Upper West Region, Wa located in the north-western corner of Ghana, and is bordered by Upper East region and Northern region depend heavily on rainfall for their major economic activity which is agriculture. The crops grown include cereals and sorghum as shown in Figure 2. The Climate Change is the main explanation as to why the majority of the workforces who are peasant farmers migrate to the urban south in Ghana for better livelihood. Studies have been conducted on rainfall variability in some selected regions which include Greater Accra, Brong Ahafo, Upper East and Northern region in Ghana where viable and sustainable solutions to the current and future challenges is being undertaken with appropriate urgency [8,9]. However, few studies have considered Ghana as a whole. A study conducted on the trend in rainfall pattern over the period from 1960 to 2005 used 16 stations in Ghana [10-12]. None of these studies however research into the metrological data of Upper West Region which has a high seasonal volume of net-migration. The study used time series analysis to predict future annual rainfall distribution in Wa based on previous annual rainfall data obtained. It is hoped that the findings of the study will be used for discussion amongst political decision-makers in order to formulate recommendations on how to address future challenges. Figure 2: The production of specific crops in the regions of Ghana [13].

The meteorological data for this research was obtained from Wa, Upper West Region of Ghana Meteorological Station in the year 2010. These data obtained was recorded over the period of 1990 to 2009 covering the Wa metropolis. The parameters that were accessed included monthly rainfall (mm), monthly mean maximum and minimum temperature (°C).

Where ∈t is forecast error (actual –forecast) for a period of time (two decades), t. The temperature variation within the next two decades illustrated a great increase in temperature compared with the last decade (1990-2009). The results of the study illustrated that there is an increase of the average annual temperature of the last decade (1990-2009) from 0.4°C to approximately 1°C at the next two decades (2010-2029) in Wa Metropolitan. The study, therefore, confirms Dickson and Benneh [6], that weather and climate do not remain the same for a very long time. The study revealed that the climate parameters of temperature and rainfall do not act independently. Higher temperatures at the Earth mean more evaporation, which may result in thicker and more persistent cloud cover which leads to rainfall. The extent and nature of variability in the annual rainfall and temperature pattern for the next two decades (2010-2029) of the study, and that the climate change will have negative effects on the livelihood of farmers and agricultural workers in Wa as their population keeps on increasing.

The study analyzed 1990 to 2009 annual average mean rainfall and temperature meteorological data obtained in 2010 from Wa Metropolitan Area. The study recorded an increase in annual mean temperature of 0.4 °C in the last 1990-2009 with annual average rainfall of 4.59 mm per decade. The predictions made over the next two decades (2010-2029) indicate that the annual monthly mean temperature will increase by approximately 1°C per decade with the annual average rainfall of 9.19 mm. Among the many contemporary environmental issues, here is the possibility that certain human activities might disrupt the earth-atmosphere radiation balance and thereby contribute to one of the humanity’s greatest challenges, the climate change, in Wa, Upper West Region in Ghana. The weather extremities such floods, higher temperatures may likely affect agriculture in Wa and its environment significantly. The non-regular weather pattern during growing season might increase the Upper West Region seasonal volume of net-migration and therefore need the pressing responsibility of the country of Ghana to work together to mitigate the effects.

I wish to acknowledge with sincere gratitude and much appreciation for all the assistance, I received from the lecturers in the Applied Physics Department of University for Development Studies Navrongo Campus. I also extend my acknowledgment to Mr. Apori Ntiforo the head of Applied Physics Department and Prof. J.J. Fletcher of Graduate School of Nuclear and Allied Sciences, University of Ghana, Legon.

Copyright: Â© 2018 Subbar C, et al. This is an open-access article distributed under the terms of the Creative Commons Attribution License, which permits unrestricted use, distribution, and reproduction in any medium, provided the original author and source are credited. 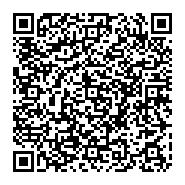