Abdominal tuberculosis as acute abdomen in children: Challenges in management

Gastrointestinal tuberculosis is a major problem in the developing world and has rising trend in developed countries. It is characterized by long-lasting abdominal symptoms, which are usually confused with other conditions, and the diagnosis is usually delayed; mostly diagnosed after its complications. Surgical intervention is usually indicated for the treatment of complications and for obtaining a specimen for histopathological diagnosis. During a 4-year period, we treated 11 cases of abdominal TB in children presented as acute abdomen. Data was collected retrospectively including age, sex, clinical presentations, diagnostic investigations, treatment, outcome, etc., and analyzed. Diagnosis was confirmed on the basis of isolation of acid fast bacilli or pathognomonic histology, or positive PCR/raised ADA level and on classical operative findings. There were 5 female and 6 male patients. The median age of presentation was 12 years. Ten patients were operated while one female patient needed intervention for tissue diagnosis. There was no mortality. Contact history was traced in 5 patients. The most common clinical presentations included fever (11/11), abdominal pain (11/11), and weight loss (10/11). 3 patients operated elsewhere in which 2 patients presented as fecal fistula and one with adhesive bowel obstruction. Two patients were explored but abdominal cavity could not be accessed because of plastered dense bowel adhesions but they responded well with empirical antitubercular drugs. The diagnosis of abdominal TB was suspected initially in only 6 patients; the others were not diagnosed until 6-38 days (mean=19 days) after hospitalization. Abdominal tuberculosis has non-specific presentation and no single laboratory investigation is pathognomonic. Diagnosis is often delayed till acute crisis. Surgery is temporary measure in acute crisis and full course of ATT is definitive. An algorithmic approach is needed. Prompt surgical intervention; vigilant postoperative care and early ATT are required for success.

Basant Kumar has completed his MS (General Surgery) from King George Medical University, Lucknow, India in 2005 and MCh (Pediatric Surgery) from Sir Padampat Mother & Child Health Institute, SMS Medical College; Rajasthan, India in 2008. He is working as Associate Professor in the Department of Pediatric Surgery, Sanjay Gandhi Post Graduate Institute of Medical Sciences; Lucknow, India. He has published more than 30 papers in reputed journals and had been served as Executive Member of State Association of Pediatric Surgeons of India. 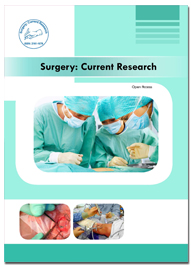