A Combination of Moringa oleifera, Bryophyllum pinnatum and Vitamin C in the Management of Key Risk Factors for Cardiovascular Disease

Hypertension, high cholesterol and diabetes are risks factors associated with cardiovascular disease; with hypertension being the leading risk factor. Here we investigated the effect of a herbal combination of Moringa oleifera, Bryophylum pinnatum and vitamin C on specific parameters in persons with or at risk for cardiovascular disease.

Objective: To determine the outcome regarding the use of a potent antioxidant dietary supplement consisting of Moringa oleifera, Bryophyllum pinnatum and Vitamin C on blood pressure, cholesterol levels and blood glucose levels in persons with or at risk for cardiovascular disease.

Materials: Sixty-six participants received a potent antioxidant dietary supplement formulated from vitamin C, and the herbs Moringa oleifera and Byrophyllum pinnatum. Participants were screened and provided with the dietary supplement in the form of a capsule, and were instructed to consume one capsule daily for a period of six months. At the commencement of the study and once a month, participants’ blood pressure was assessed and, blood tests and a quality of life questionnaire were completed in the clinical setting. The data obtained from the laboratory tests and the questionnaires was recorded. The accumulated data and the researcher’s observations were used to determine feasibility.

Conclusion: Aggregate data suggests that this specific formulation of Moringa oleifera, Bryophyllum pinnatum and vitamin C, may assist with the management of risk factors for cardiovascular disease, and is supportive of the implementation of a long-term randomized clinical trial.

Research has shown that botanicals Crataegus oxycantha , and the Ayurvedic botanical, Inula racemosa may offer individuals cardioprotective benefits. Although Research regarding vitamin C, Moringa oleifera and Bryophyllum pinnatum , to a lesser extent, is readily available and demonstrates the antiglycemic, hypotensive and lipid-lowering effects of these ingredients; apart from the research published in Volume 7, Issue 2 of the Free Radicals and Antioxidants Journal, no study has been published which has investigated a formulation of these three components [1-6].

We completed a longitudinal pilot study in which 31 females and 35 males, ages 23 to 83 years of age, were enrolled.

Strict inclusion and exclusion criteria were adhered to during stage one (Screening and Enrollment Stage) of the study. Those persons who were enrolled progressed through the study as stated in Figure 1.

Participants were selected based on their past medical history of cardiovascular disease or a family history of heart disease and the presence of two or more risks factors for cardiovascular disease. Risk factors included a total cholesterol equal to or greater than 5.2 mmol/L, a Low Density Lipoprotein (LDL) cholesterol level 4.13 mmol/L or higher, blood pressure greater than or equal to 140/90 mmHg, a sedentary lifestyle (<2 days a week of physical activity apart from activities of daily living), a body mass index (BMI) greater than 30 kg/m2 and/or a fasting plasma glucose of 100 mg/dL to 125 mg/dL on three or more occasions or a diagnosis of diabetes one year or more prior to enrolment in the study.

During the screening process persons with kidney disease, renal insufficiency, persons with a family history of cardiovascular disease but none of the outlined risk factors and those who were critically ill were excluded from the study.

Blood pressure was measured using a standard mercury sphygmomanometer and cuff. Blood samples were obtained and were analyzed using a calibrated, point-of-care Reflotron machine. And a digital scale was used to record the participants' weights.

Participants received capsules containing a formulation of 25 mg of Moringa oleifera , 25 mg of Bryophyllum pinnatum and 700 mg of Vitamin C, and were instructed to take one capsule once daily. Participants were also required to report once a month for blood work and an assessment. All data was recorded using a spreadsheet.

Reprinted from “Preliminary Outcomes on the Use of an Antioxidant Dietary Supplement for Patients with or at Risk of Heart Disease.” by Alfred Sparman.

An independent association between blood pressure and the incidence of cardiovascular disease has been demonstrated, and according to the literature, hypertension is a significant modifiable risk factor for cardiovascular disease [8]. Our results showed that one month following enrollment in the study female participants experienced a 3.26% change in diastolic blood pressure. Moringa oleifera , a medicinal plant found in tropic and subtropic regions and a key component of the formulation used in the study, has been recognized for its significant nutritional value and antihypertensive effects. The hypotensive effects of Moringa oleifera have been attributed, by researchers, to the acetylated glycosides present in this medicinal plant [9-11]. In addition, Research conducted the hypotensive activities exhibited by Bryophyllum pinnatum . It was suggested that this hypotensive activity may have resulted due to vasodilation and cardiodepression [4].

The findings of this research demonstrate the potential of this specific vitamin C and herbal formulation to assist with the management of risk factors associated with cardiovascular disease. A larger study population and randomized, double-blind evaluation is required sequentially to offer more insight into the efficacy of this formulation in managing risk factors for cardiovascular disease. The findings indicate that the combination of Moringa oleifera , Bryophyllum pinnatum and vitamin C may increase HDL cholesterol levels, decrease LDL cholesterol levels and lower blood glucose levels.

Consistent use of a combination of Moringa oleifera , Bryophyllum pinnatum and vitamin C, which contains the chemical constituents, flavonoids and polyphenols, exhibits hypotensive, antihyperglycemic and cholesterol lowering effects in person with or at risk of heart disease.

I would like to thank Kimberlee Thompson MSc. for her editorial assistance and other contributions to this research.

Copyright: © 2017 Sparman A. This is an open-access article distributed under the terms of the Creative Commons Attribution License, which permits unrestricted use, distribution, and reproduction in any medium, provided the original author and source are credited. 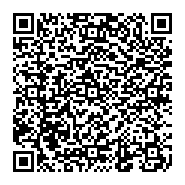