A Short Review on Ethnomedicinal Uses and Phytochemistry of Silybum marianum

Herbs have been used permanently as the major source of medicine. Medicinal plants are important by secondary metabolites such as Silymarin, it is a mixture of flavonoids. Silybum marianum is a safe herb, rare reactions were reported if the dosage is high. There are medical confirmations for anticarcinogenic and hepatoprotective activities of Milk thistle. Silybum marianum is used vigorously in cirrhosis, prostate, skin and breast cancer, cervical cells and kidney ailments. This review is about the Phytochemistry and Ethnomedicinal uses of Silybum marianum.

Plants are a valuable source of nutrition, food, flavors, fiber, pigments, pharmaceuticals, Agrochemicals, insecticides. These are secondary compounds present in taxonomic groups, these compounds are only important for the ecological interactions not useful for the survival of these plants [1]. Silybum marianum (L.) Gaertn common name is milk thistle, it is an edible plant belongs to the Asteraceae family. Four different isomers were isolated from its secondary compound silymarin (silidianin isosilibinin, silibinin and silichristin) [2]. Milk thistle is hepatoprotectants for cancer Patients. Toleration of cancer therapy may progress from using this herb, reason is that it is blood and liver toxin clearing agents [3]. It has strong anticancer effects against breast, tumors, ectocervical and prostate [4]. Against the ovarian cancer, it enhanced the effectiveness of doxorubicin and cisplatin in vitro experiment [5]. Silybum marianum , has been used safely for children [6], older [7] and pregnant women [8]. It is used in cholestatic, etiologies, viral, alcoholic and toxic effect removing medicines [9].

Milk thistle, is a tall plant having milky white veins, dark green leaves, thorns on the stems, and purple flower [10]. Milk thistle has ability to achieve a height of 2 m with spiny edges leaves [11]. Solitary inflorescences and at the apex large heads are positioned with branches. The florets are tubular, hermaphrodite having purple, red or white color [12]. Milk thistle is mostly self-pollinator [13]. Milk thistle pollen grain shape is prolate when looks at equatorial region and seems semi angular in polar sight [14]. The seeds have white pappus brownish in color, shiny, taking hard skin achenes, mainly six to eight milimolar long [15].

Milk thistle native of the Mediterranean region and which has also spread in East Asia, Europe, and, Australia and America [17]. It is commonly found in cereal crops [18]. Waste places [19], waysides [20]. Moreover, Milk thistle has an eye-catching leaf pattern so grown as decorative purposes [21]. Milk thistle can grow predominately on sandy soils and denser clay soils. It is requires row spacing 40-75 cm, and in between plants 20-30 cm. Sowing season is spring and autumn. Milk thistle can grow in different conditions with low or poor nutrient and soil requirements. Weeds interfere with milk thistle production. Milk thistle can grow in low water supply [22].

Since the first century Milk thistle has been used medicinally [23]. Its flowers, leaves and roots have been used as European diets as vegetable, and its achene is used as a coffee. It considered as a spinach substitute. The flower head is used for medicine. It is used as a remedy for Amanita mushroom toxins [24].

Silymarin and silybin helpful for fighting against hepatotoxins such as toluene, alcohol, tetrachloromethane, xylene and carbon tetrachloride [25]. Hepatoprotective by cell membranes stabilizing, increasing DNA polymerase activity [26] and act as antioxidant [27]. Silybin acted as a stimulating agent for DNA polymerase reactions, cell regeneration of liver and ribosomal RNA; Silybin regulated the production of free radicals, increasing glutathione peroxidase and superoxide dismutase, so stabilizing membranes and increased the glutathione in liver and human cell lines [28,29]. It also controls the liver inflammation by repressing the pathway of 5-lipoxygenase. Inhibition of hepatocytes and amatoxin by Slimarin was discovered in vitro [30,31]. Milk thistle used for alcoholic liver damage, alcoholic induced liver diseases [32]. Used against diabetes mellitus disease [33].

This article briefly reviews the ethnobotany and phytochemistry of milk thistle. The plant are widely used in pharmaceutical industries and also preferred in traditional medicines. This is an effort to assemble and file the material on diverse features of S. marianum . This review is imoratnt for the further research in future.

Copyright: © 2017 Zahra N. This is an open-access article distributed under the terms of the Creative Commons Attribution License, which permits unrestricted use, distribution, and reproduction in any medium, provided the original author and source are credited. 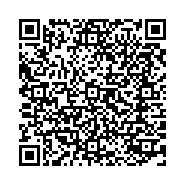