Mitochondrial respiratory complexes in insects are involved in diverse physiological processes including energy production. Specific and potent inhibitors of complex I, III and IV are described and has allowed in determining the importance of these enzymes in the physiological processes. However, there seems a paucity of information regarding potential inhibitors of complex II of insect mitochondria. In this study we demonstrate the toxicity of acetone fraction (ASF) of Annona squamosa seed extract to Musca domestica and its mitochondrial complexes. Effectiveness of ASF as oral bait and contact poison was also evaluated. Inhibition of Complex II in treated flies has been related to its lethargic nature. Energy inhibition study of ASF further confirmed reduction in ATP.

Synthetic insecticides (SI) are widely used for the control of M. domestica. Prolonged and continuous use of SI causes occupational hazard, damage to environment and development of resistance in insects. Therefore, there is a need for an alternative and effective insecticide. Several phytochemicals including acetogenins have been proved effective against houseflies [1-4]. Several compounds and extracts derived from plants of the family Annonaceae are known to exhibit toxic effect on a plethora of organisms [1,5-12] however, studies regarding ASF of seeds of A. squamosa seem meagre [13]. M. domestica is an insect closely associated with the lifestyle of human beings [14]. They are prominent vectors of many diseases [15,16] and affect performance of industries leading to heavy financial loss [17,18]. Hence, maintaining the premises free from houseflies is critically important. This study has evaluated the chemical composition and toxic effects of the ASF of A. squamosa seeds on M. domestica and the mode of action of the fraction.

Seeds of A. squamosa (234.8 g) were collected from ripe fruits between September to January during 2008-09, washed under tap water to remove the pulp and were shade dried at 27 ± 1°C for 15 days. The seeds were then pulverized in an electric blender (powdered seed size range from 0.1-2 mm). The dried powder was defatted by extracting in petroleum ether for 48 h. The defatted dried seed powder was then extracted with ethanol (1:2.5 w/v) at 27 ± 1°C for 48 h. The crude extract was filtered and concentrated on a water bath at 40°C to obtain a brown thick paste (~5 g). The concentrated crude extract was dissolved in acetone to yield a soluble and an insoluble fraction. Acetone soluble fraction (hereafter referred as ASF), measuring 150 ml was passed through a membrane filter (Millipore, 0.45 μm) and concentrated to yield a light brown waxy paste (~2 g) and refrigerated until further use.

Chemical analysis and identification of the components of the active fraction

A wild strain of housefly (M. domestica) was used in the assay. Houseflies were collected from poultry near the premises of the research centre. They were transferred to culturing cages of dimension, 30 × 60 × 30 cm3 and allowed to acclimatize to laboratory conditions (27 ± 1°C, 75 ± 2% RH and 15 h light and 9 h dark photoperiod). Autoclaved concoction of wheat flour, yeast pellets and meat (2:1:2 ratio) served as oviposition medium and as food source for larval stages. Adults were fed on sterile sucrose solution (10% w/v) and peptone solution (10% w/v). The pupae formed were collected from culturing cages and transferred to new cages for emergence of adults. The newly emerged (2-day-old) adults were used throughout the study.

Test concentrations ranging from 0.1-5 mg ml-1 were prepared by incorporating appropriate amount of ASF in sucrose solution (10% w/v) with the help of an emulsifier (Triton X-100; 0.01% v/v). Test emulsions (5 ml) were socked on sterile filter paper discs (diameter 10 cm; Whattman) using a micropipette and dried at 27 ± 1°C. This was repeated several times until 5 ml of the emulsion was completely absorbed by the filter paper. The emulsion impregnated filter paper was cut into square pieces of 1 × 1 cm dimension (hereafter referred to as “Bait”). Ten baits were distributed throughout the rearing cages containing 30 numbers of 2-day-old houseflies. This was done to negate the possibility of contact toxicity. Cotton pad socked in water was provided to the houseflies. Bait containing all ingredients excluding ASF served as control. The mortality data was collected after 24 h exposure period. The tests were conducted in triplicates and the results analysed statistically. The relation between concentration and mortality was analysed using log-concentration probit analysis (LC50) software SYSTAT. If mortality exceeds 10% in the control batch, the whole bioassay was discarded or if below 10% the results of the treated sample were corrected using Abbott’s formula [19,20].

Contact toxicity: Contact toxicity of ASF to 2-day-old adult houseflies was tested with concentration ranging from 0.1–5 mg ml- 1. Houseflies were anaesthetised with 1 ml of diethyl ether on cotton pads for 20s and placed on plates cooled to 4°C to maintain anaesthesia during the application. Thirty adults were used for each concentration tested. Test concentrations of ASF were prepared by adding appropriate amounts into acetone. A micro-syringe was used to apply 0.1 μl of the test concentrations onto the thorax of anesthetized houseflies with the help of stereomicroscope (20x). A separate batch (n=30) treated with 0.1 μl of acetone served as control. The control and treated flies were transferred into separate rearing cages for acclimatization. The bioassay was conducted in triplicates. The mortality data collected after 24 h exposure period was subjected to log-concentration probit analysis software SYSTAT.

Four hundred 2-day-old houseflies were refrigerated for 15 min to stop their activity. The thoraxes were separated from the head and abdomen using a scalpel with the help of a stereomicroscope (20x) under cold conditions. The mitochondrial preparation method by Knecht et al. [21] was followed with slight modifications. One gram of thorax was homogenized with 10 ml of mitochondrial inhibition buffer (MIB) in a pre-cooled homogenizer. The homogenate was centrifuged at 500 g for 10 min at 4°C. The supernatant was taken in sterile tubes and centrifuged at 30,000 g for 10 min at 4°C. The pellets formed were washed thrice, re-centrifuged, weighed and used immediately.

Protein concentration of the mitochondrial suspensions was determined by the method of Lowry, BSA was used as standard [22].

ATP extraction method described by Yang et al. [24] was followed with slight modifications to determine the total ATP production of treated flies. Oral and contact treated houseflies (n=60) were collected at different time intervals (1,6,8,12 and 24 h) and frozen for 20 min. Whole flies were homogenized in distilled water (5 ml) and boiled for 15 min. The boiled sample was centrifuged at 5000 g for 10 min. The supernatant was collected and ATP content determined using the method described by Lamprecht and Trautschold [25]. Flies without any treatment were used as control. The experiments were conducted in triplicates.

Data in the graphs are result obtained with independent mitochondrial preparations and are presented as means ± standard errors (S.E.M). The data were subjected to either Student’s t-test or analysis of variance (ANOVA) with significant differences among means being identified by Duncan’s multiple range test. P<0.0001 was adopted as a criterion of significance. The 95% confidence intervals (CI) of the lethal concentration (LC) at 50% and inhibitory concentration (IC) at 50% were analysed.

Results of the toxicity studies using oral and contact formulations of ASF on adult houseflies are shown in Figure 1 and are clear that the toxicity is dose-dependent. The LC50 for oral and contact formulations of ASF were 2.3 ± 0.8 mgml- 1 and 1.9 ± 0.6 mgml- 1, respectively. The treated houseflies frequently rubbed their body and became inactive (unable to fly) 1 h after treatment in both mode of application. Following a 2h exposure, the treated flies completely stopped feeding. From the results, it can be perceived that irrespective of the mode of application, ASF influences the physiology of the flies equally. From the behavioural changes observed in treated flies, it was presumed that ASF targets on sites of energy production.

Figure 1: Effect of ASF to M. domastica treated with two different kind of formulation (as Bait and Topical treatment). 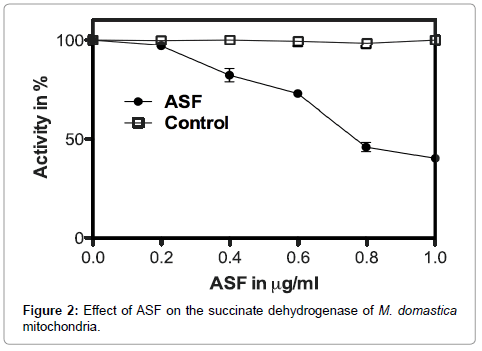 Figure 2: Effect of ASF on the succinate dehydrogenase of M. domastica mitochondria. 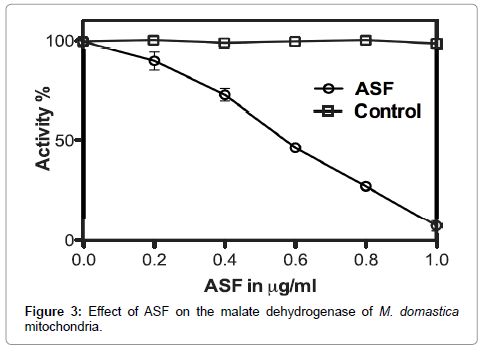 Figure 3: Effect of ASF on the malate dehydrogenase of M. domastica mitochondria.

Figure 4 shows the amount of ATP present in the whole fly following 24 h exposure to ASF by oral and contact applications. Total ATP content decreased to 0.075 μmols in flies treated with oral formulation (R2=0.6497; P<0.0001) and 0.020 μmols in flies treated with contact formulation (R2=0.7513; P<0.0001) from the initial concentration of 0.45 μmols for topical treated and 0.47 μmols in the case of bait treated flies, respectively. However, the ATP concentration remained same as initial level (i.e. 0.45-0.50 μmols) in control flies. From the above data it is evident that ASF interrupts ATP production by inhibition of mitochondrial enzymes. The behavioural observation correlated with these findings. GC-MS analysis of ASF (Table 1) revealed two major compounds, ethyl ester of oleic acid (ethyl oleate) and Iso-octyl phthalate, but previous studies on A. squamosa seeds have reported acetogenins as the active compound [11,15,26-30]. The current study shows the inhibitory activity of ASF on MDH and SDH (Complex II) in housefly, M. domestica. The GC-MS analysis proved that ASF contained no trace of acetogenins. Studies regarding the activity of the major compounds are planned to be carried out in our laboratory. 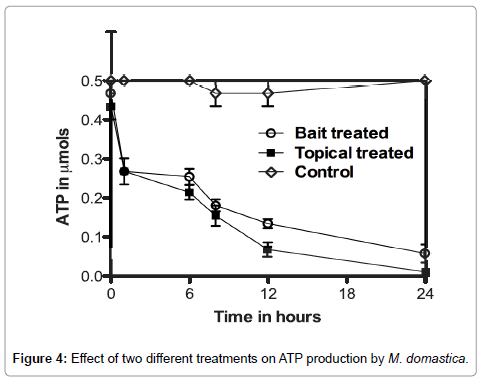 Table 1: GC-MS analysis of the acetone-soluble fraction (ASF) of ethanol extract
of A. squamosa.

Copyright: © 2014 Kempraj V, et al. This is an open-access article distributed under the terms of the Creative Commons Attribution License, which permits unrestricted use, distribution, and reproduction in any medium, provided the original author and source are credited. 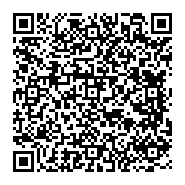