Bioactive glasses were studied as potential drug delivery candidates for the incorporation and release of natural products. In light of these studies, the antimicrobial activity of a new formulation containing propolis was evaluated. Susceptibility of oral pathogens microorganisms were evaluated using the CLSI standard MIC, MBC and agar diffusion method with Brazilian green (BGP) and red (BRP) propolis extracts isolated and associated with bioglass (BGGP and BGRP). Isolated Bioglass (BG), Tetracycline (TT) and Ethanol (ET) were the controls. Results data were expressed as M ± SD. Significant differences between microorganisms treated groups antimicrobial assays were analyzed by Student’s-test (significance at) using the Origin 6.0 program. All tested bacteria were susceptible to bioglassincorporated green and red propolis. The new formulation was effective for inhibiting the in vitro microorganisms growth after 24 and 48 hours at 37°C in an atmosphere specific to each microorganism. Red propolis being more active than the green one. Propolis incorporated into bioglass did not lose its antimicrobial properties. The positive results suggest that propolis in this sustained release formulation should be further tested as an alternative therapy against infectious agents of the oral cavity.

Dental caries, root canal infections, dental periapical abscesses and osteomyelitis in the maxilla and mandible are infections caused by oral microorganisms associated or not to Streptococcus mutans, Staphylococcus aureus and Enteroroccus faecalis. Streptococcus mutans, Streptococcus salivarius, Streptococcus sanguinis and Lactobacillus casei are been implicated as a causative agent of dental caries in humans and are a number of virulence factors that enable it to colonize tooth surfaces [1]. Staphylococcus aureus, followed by Streptococcus are the most common organisms causing infection and the antibacterial treatment should be targeted against these organisms in mild infection, possibly with monotherapy [2]. Staphylococcus aureus has relevance in acute and chronic abscesses occurence in the oral cavity, and may be associated with chronic osteomyelitis of the mandible and maxilla [3,4]. Porphyromonas gingivalis, Prevotella intermedia, Aggregatibacter actinomycetemcomitans, Fusobacterium nucleatum, and Enterococcus faecalis are oral common inhabitants of the human periodontal and endodontic tracts and are also able to colonize a variety of other sites [5-7]. These microorganisms have been associated with gingivitis and periodontitis and oral mucosal lesions in immunocompromised patients, and root canal infections [8,9].

Over the last few decades, worldwide increase in the use of natural products for pharmacological purposes has been observed [10,11]. Currently, there are a growing number of studies in different medical specialties using natural substances, such as teas or extracts from various plants. Among the natural extracts used in dentistry, propolis stands out due to its anti-inflammatory, analgesic and antimicrobial properties [12-14]. Propolis is a resinous substance collected by honeybees from tree buds and sap [15]. Bees bring the resin to the hive and mix it with their own secretions, such as bee wax and saliva [13]. Propolis is thought to be used to seal unnecessary holes and cracks in the hive and to protect the bee colony against intruders, viruses, fungi, and bacteria [16,17]. Propolis is used in folk medicine in many regions worldwide and has been reported to have various biological and physiological activities, such as antibacterial [18,19], antiviral [20], anti inflammatory [21,22], and anticancer [23-25] effects. Propolis contains numerous chemical ingredients, including cinnamic acid derivatives (e.g., p-coumaric acid, drupanin, artepillin C, baccharin, benzoic acids, substituted phenolic acids, flavonoids, and amino acids [26,27], and the chemical composition of propolis depends on various factors, such as the geographical origin, types of plant sources [28], and season of the year [26]. Baccharis dracunculifolia DC (Asteraceae) [29,30], a plant native to Brazil, is the most important botanical source of southeastern Brazilian propolis, which is known as green propolis because of its deep green color [21,31]. Propolis is readily available from commercial sources and is used as a popular treatment for infectious conditions of the oral cavity and throat [32,33].

Bioactive glasses have been used extensively in medicine for middle ear surgery and have been applied to dentistry in the treatment of bone defects, periodontal disease and pulpotomy [34,35]. Bioactive glasses have the ability to develop a chemical bond with bone surface and bony tissue by inducing the formation of a hydroxyapatite layer on the surface when in contact with biological fluids [36-39]. Previous study demonstrated bioactive glasses- propolis incorporation as potential drug delivery candidates to be used in oral lesions [40]. So, this study aimed to verify the effectiveness of propolis incorporated by bioactive glasses activity against oral pathogens bacteria.

Table 2: Flavonoids and other chemical constituents of Brazilian redpropolis from Dalbergia ecastophyllum[37].

The ethanolic extracts of propolis were prepared by using a modified technique [44,45]. Propolis (30 g) was cut into small pieces and extracted with 100 ml absolute ethanol at room temperature for 24 h. The solution was filtered with Whattman paper number 3, and placed in amber flasks. Each solution was dried and the residue weighted to prepare stock solution in ethanol at concentration of 5%. The final concentration of the solvent in the experiments did not exceed 0.1% ethanol.

Bioactive glass was prepared using a sol–gel process [40]. A sol with composition (SiO2)0.80(P2O5)0.04(CaO)0.16 was prepared utilizing tetraethoxysilane (TEOS), triethylphosphate, and calcium chloride as Si, P, and Ca precursors, respectively. Afterwards, 0.04 g of propolis was loaded into sol–gel solutions. Green Propolis (GP) and Red Propolis (RP) samples were added to the sol–gel solution. The percentage (w/t.%) of propolis was approximately 2%. Reagent grade chemicals (Fluka) were used as received. All the samples were placed in a humidified atmosphere overnight in an amber bottle. Specimens solid isolated bioglass (BG) and bioglass green propolis (BGGP) and Bioglass red propolis (BGRP) associated with 6.0 mm in diameter and 1.0mm height were used as test.

Antimicrobial susceptibility test was performed by Minimum Inhibitory Concentration (MIC) and Minimum Bactericidal Concentration (MBC), and by means of agar diffusion discs, in compliance with the rules of the Clinical and Laboratory Standards Institute [46]. The freeze-dried microorganisms were cultivated in brain heart infusion – BHI (Difco-USA). Aliquots of 500 μL of the overnight cultures of each microorganism Streptococcus mutans (ATCC 70069), Staphylococcus aureus (ATCC 27664), Porphyromonas gingivalis (ATCC 33277), Prevotella intermedia (ATCC 25611), Aggregatibacter actinomycetemcomitans (ATCC 33384), Fusobacterium nucleatum (ATCC 23726), and Enterococcus faecalis (ATCC 12399) containing 1.0×108 UFC/mL, were plated in specific media. S. mutans was seeded in BHI agar containing 5% sucrose, S. aureus was seeded on Mueller-Hinton agar and left at 37°C in 5% CO2 atmosphere for 48 hours. Anaerobic bacteria were plated on blood agar containing 1% menadione and 1% vitamin K (Difco, USA) and left at 37°C in an anaerobic atmosphere for 48 hours. After this, the bioactive glass test specimens, measuring 6.0 mm in diameter, containing propolis incorporated were planted on the surface of the agar and incubated at a temperature of 37ºC, in an environment with an atmosphere of 5% CO2. Isolated ethanol extracts of green (GPE) and red propolis (RPE), 20 μL of each embedded in blanc antibiogram discs, and standardized 35 mg tetracylin antibiogram disks (TT) (CECON- São Paulo, Brazil) were used as inhibition growth positive control for comparison with propolis incorporated into bioglass activity. Isolated Ethanol (ET) was tested also. The inhibition zones of triplicate experiments were measured after 24 and 48 hours.

GraphPad Prism version 4.0 for Windows (GraphPad Software, San Diego, CA, USA) were used for to compute the Standard deviations (SD) and data were expressed as a mean of replicates ± SD. Significant differences between treatment groups from the antimicrobial assays were analyzed by Student’s -test (significance at) using the Origin 6.0 program [47].

Table 3 shows the red propolis had higher antibacterial activity MIC and MBC (15.3 μg/mL) when compared with a lower MIC and MBC (3.8 μg/mL) of green propolis. Each of propolis studied had the same MIC and MBC value, which means that at the concentrations mentioned cell death occurs not only growth inhibition.

Tables 4 and 5 show the results of the agar diffusion test. With the ethanol exception, all products inhibited the in vitro growth of all microorganisms tested. When comparing the results observed at 24 (Table 4) and 48 (Table 5) hours, it was a small difference between the zones of inhibition were lower after 48 hours.

Although various factors can affect the bactericidal activity of propolis, the most important are the phytochemical constitution and form of presentation. Dalbergya ecastophylum is richer in isoflavones liquiritigenine, daidzein, isoliquiritigenine and formononetin, vestitol and neovestitol which justifies its greater antimicrobial activity [50,52-54]. The flavonoid aglycones are recognized as possible factors responsible for its antibiotic activity [26]. Whereas Baccharis dracunculifolia is richer in phenolic groups, its main chemical marker being artepillin C, which has antioxidant and immunomodulatory activities.

When the inhibition zones of standardized disks containing the propolis extract incorporated into the bioglass were compared, there was no significant difference between them, although it was verified that the inhibition zones were smaller for the glasses into which was incorporated green propolis, and larger for those into incorporated red propolis. The extract has the same active principles as green propolis, but is form of presentation has greater diffusion capacity. With regard to the studied times, a high initial release was verified, in which a larger inhibition halo was observed in 24h, which was maintained for the time evaluated in this study with a variation close to 10% for all the groups, with an increase in the inhibition zone being observed for red propolis. When compared with the control group GPE, RPE, BG, TT and ET it was verified that the results showed that the activity of both red and green propolis as the remained stable for 48 hours.

Bioglass-incorporated propolis used in this study showed good diffusion capacity in agar; however it is important to remember that in vitro tests do not reflect the real conditions found in the oral cavity. The size of the inhibition zones depends on molecular weight, negative charge, and composition, thickness and pH of the agar culture medium, which have an effect on the rate of diffusion of the antimicrobial agent in vitro [55-57]. In this study, all the propolis concentrations used were efficient in inhibiting the growth of all the microorganisms tested. The microorganisms studied in this work are of great relevance in dentistry and are involved with caries, periodontal diseases, endodontic injuries and oral mucosa lesions [58,59]. Particulate Bioglass exerts an antibacterial effect on certain oral bacteria, possibly by virtue of the alkaline nature of its surface reactions. This may reduce bacterial colonization of its surface in vivo. Streptococcus sanguis, Streptococcus mutans and Actinomyces viscosus showed reduced viability following exposure to Bioglass in all the media after 1 h. This antibacterial effect increased after 3h. Porphyromonas gingivalis, Fusobacterium nucleatum, Prevotella intermedia and Aggregatibacter actinomycetemcomitans were also sensitive to the bioglass [59]. Probably the antibacterial activity observed by these authors is related to the type of bioglass and manipulation recommended by the manufacturer. However, in our studies, when tested alone, bioglass not demonstrated antimicrobial activity; contrary to others study [59].

The most important feature of this study is that our propolis is released when incorporated into the bioglass and maintains its antimicrobial activity. This is particularly important if the material is used as a stimulant of bone formation in dental implants, or in the reconstruction of missing parts bone in accidents and have to keep the wound free of infection. In this case it is particularly important antimicrobial activity against Staphylococcus aureus, and periodontal pathogens for being the most commonly found bacteria in exudative and ulcerative lesions of the oral cavity.

The results suggested that all the bioglass- incorporated propolis are effective for controlling in vitro growth of the tested microorganism. Moreover, clinical phase II and phase III tests in vivo in animals and in human should be made to prove the activities observed in vitro.

Copyright: © 2014 Vasconcelos WA, et al. This is an open-access article distributed under the terms of the Creative Commons Attribution License, which permits unrestricted use, distribution, and reproduction in any medium, provided the original author and source are credited. 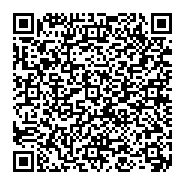