Chemical Composition of the Essential Oil from Aerial parts of Eremostachys Macrophylla Montbr. & Auch from Northeast of Iran

The essential oil obtained by hydro distillation in a Clevenger-type apparatus of the aerial parts of Eremostachys macrophylla Montbr & Auch, grown wild in Iran, was analyzed by GC/MS. Forty-four compounds representing 91.6% of aerial parts oil of Eremostachys macrophylla were identified. The main components of the oil were hexadecanoic acid (27.5%), ethyl linoleate (8.5%), 6-methyl-α-ionone (8.0%), isobutyl phthalate (5.8%), α-cadinol (4.7%) and germacrene D (4.3%). The oil was rich in nonterpenoids (56.0%) and among them; oxygenated nonterpenes (53.2%) predominated over nonterpene hydrocarbons (2.8%).

The plant material was collected during the flowering stage in May 2012 from northern Sabzevar in Khorasan Province, Iran, at an altitude of 1580 meters. A voucher specimen (No. 218) was identified in Research Institute of Forests and Rangelands (RIFR), Tehran and it has been deposited in the herbarium of Research Center of Natural Resources, Sabzevar, Iran. The aerial parts of plant were dried in the shade (at room temperature).

Air-dried aerial parts of E. macrophylla (100 g) were subjected to hydro distillation in a Clevenger-type apparatus for three hours to produce colorless oils. The yield of total volatiles was 0.18% (w/w). The oils were dried over anhydrous sodium sulfate and stored in sealed vials at 4°C before analysis.

GC/MS analysis was carried out on a Hewlett-Packard 6890 gas chromatograph fitted with a fused silica HP-5MS capillary column (30 m × 0.25 mm; film thickness 0.32 μm). The oven temperature was programmed from 60°C to 220°C at 6°C min-1. Helium was used as carrier gas at a flow rate of 1 mL min-1. The chromatograph was coupled to a Hewlett-Packard 5973 mass selective detector with an ionization voltage of 70 eV.

Constituents of the volatile oils were identified by comparison of their retention indices relative to C9-C21 n-alkanes and of their mass spectral fragmentation pattern with those reported in the literature [17] and stored in a MS library (Wiley 275). The quantification of the components was performed on the basis of their GC peak area data from the HP-5MS column separation.

Because of the variable results obtained in previous studies and as a part of on-going work on the chemical analysis of oils obtained from the wild plants of Iran, we decided to re-investigate the oils of this specific plant The hydro distilled volatile oil from the crushed dry aerial parts of Eremostachys macrophylla from Sabzevar (Iran) was studied by GC/MS. The air-dried aerial parts of the plant yielded 0.18% (w/w) of a clear and colorless oil. Forty-four components, accounting for 91.6% of the compounds were identified in the aerial parts oil. (Table 1) lists formulas, percentages, and retention indices of identified compounds in the oil. As is evident from the table, the main components are hexadecanoic acid (27.5%), ethyl linoleate (8.5%), 6-methyl-α-ionone (8.0%), isobutyl phthalate (5.8%), α-cadinol (4.7%) and germacrene D (4.3%).

Table 1: Constituents of the essential oils from aerial parts of Eremostachys macrophylla obtained by hydrodistillationa

It is evident from the above data, that there are significant differences in the results of the current study with previous ones [5-7] for the aerial parts of E. macrophylla. There may be differences related to environmental conditions such as climate, altitude, collection time, ground composition of the sampling area and different growth stages such as pre-flowering, fresh flowering and air-dried-flowering stages.

The chemical composition of the essential oil of aerial parts from Eremostachys macrophylla growing in Sabzevar was investigated. This study showed considerable amounts of hexadecanoic acid (27.5%), ethyl linoleate (8.5%), 6-methyl-α-ionone (8.0%). These major constituents were different from those seen in previous studies on the same species [5-7]. These results demonstrated that the chemical composition of the essential oil of the same species can change depending on a variety of conditions, including climate, time of collection, and the ground composition of the sampling area, in addition to the growth stages of the plant.

We are grateful to Dr. V. Mozaffarian (Research Institute of Forests and Rangelands, Tehran) for identifying the plant materials. We would like to thank Dr. Richard Laursen, Boston University, for helping to edit this manuscript.

Copyright: © 2015 Akhlaghi H. This is an open-access article distributed under the terms of the Creative Commons Attribution License, which permits unrestricted use, distribution, and reproduction in any medium, provided the original author and source are credited. 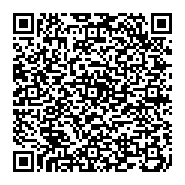