Study design: Extraction of crude extracts from plants, evaluation of the bioactivity of the extracts using brine shrimp and Fundulopanchax gadneri killifish. Statistical analysis of the results obtained.

Results: The results of the brine shrimp and Fundulopanchax gadneri killifish bioassay indicate that eleven out of the thirteen medicinal plants screened for bioactivity were active. Statistical analysis of the results showed a correlation coefficient of 0.970, 0.99 and 0.96 respectively for both BST and FGT suggesting that there is a positive correlation between the two variables.

Conclusion: The results are in consonance suggesting that Fundulopanchax gadneri killifish test can be used as a preliminary method of assessing the cytotoxicity of natural products.

Over the last decade, interest in drugs of plant origin has been growing steadily. The study of bioactive compounds from plant sources and extracts in the chemical laboratory is often hampered by the lack of a suitable, simple and rapid screening procedure. There are many procedures for bioassay. Collaborative programs with biologists or pharmacologists are required to perform the usual bioassays with whole animals or isolated tissues and organs, as well aseptic techniques in a typical chemical laboratory [1]. When screening for biologically active plant constituents, the selection of the plant species to be studied is obviously a crucial factor for the ultimate success of the investigation. Plants used in traditional medicine are more likely to yield pharmacologically active compounds [2]. The in vivo lethality in a simple zoological organism, such as the Brine Shrimp Lethality Test (BST) [3], might be used as a simple tool to guide screening and fractionation of physiologically active plant extracts. In this type of test the simplest biological responses to monitor is lethality and there is only one criterion: either dead or alive. This general bioassay detects a broad range of biological activities and a diversity of chemical structures. One basic premise here is that toxicology is simply pharmacology at a higher dose. Thus, if we find toxic compounds, a lower, non-toxic dose might elicit a useful, pharmacological perturbation on a physiologic system [4]. Indeed, it has been demonstrated that BST correlates reasonably well with cytotoxic and other biological properties [4] and has been successfully used in various bioassay systems. However, the success recorded in developing countries has been limited by the difficulty in obtaining the brine shrimp eggs and poor storage facilities [5].

Fundulopanchax gardneri Boulenger, 1911 is commonly called Blue Lyretail killifish. The species originates in Nigeria and Cameroun with Nigerian species found in some cities in the northern part of the country. The fish occurs in savannah and rain forest waters. They are very colourful with large eyes and smooth skin. The male is more colourful. This is a characteristic which enables it attract females. The fish measures about 6 cm long and survives a pH range of 5-5.7 and a temperature range of 22-24°C [6]. F. gardneri can be bred in tank (50 cm) containing slightly acidic water and some floating plants. The fishes were found abundantly in most of slow running ponds in Kaduna and its environs and are not under the protection of any local law. They were not used as food by the local people as they are considered as fishes growing in dirty and unhealthy environments (Figure 1). In this study, we applied the Brine Shrimp Lethality Test (BST) procedure as adopted by Meyer et al. [3] using locally available Fundulopanchax gardneri killifish with a view to achieving the same result. Methanol, ethyl acetate and n-hexane extracts of plants reported to have medicinal values were subjected to (BST) and Fundulopanchax gardneri Test (FGT) and the results were subjected to statistical analyses to ascertain their concurrence or otherwise.

A portion (50 g) each of the respective parts of S. americana, A. albida, C. arereh, T. mollis, H. acida, C. edulis, D. oliveri, C. arborea, M. indica, U. chamae, P. kotchyii, T. indica and N. laevis was percolated in 200 cm3 each of methanol, ethyl acetate and n-hexane respectively for 2 weeks. They were separately filtered and evaporated to dryness at 40°C using rotary evaporator. Each residue was then allowed to cool, weighed and stored in refrigerator until needed.

Fractions obtained were evaluated for lethality to brine shrimp using standard methods [3,4]. In this test a drop of DMSO was added to vials of the test and control substances to enhance the solubility of test materials.

A portion (0.5 g) of each extract was dissolved in 5 cm3 of solvent of extraction to give a stock solution of 100,000 μg/cm3. A serial dilution was made by taking 0.5, 0.05 and 0.005 cm3 of the stock solution in to 50 cm3 beaker and allowing them to evaporate. Two drops of DMSO, 25 cm3 of water 10 ( five day old) Fundulopanchax gadneri killifish were added to each beaker and the volume adjusted to 50 cm3 to give approximate concentrations of 1000, 100 and 10 μg/cm3 respectively. Each test dosage was carried out in triplicate to give a total of 30 Fundulopanchax gadneri killifish per test concentration. These were kept on the bench at ambient temperature for 24hrs. Each beaker was examined and the number of surviving F. gardneri fingerlings determined and recorded. A control consisting of 10 F. gardneri, 2 drops of DMSO and water were similarly set up. The concentration that kills 50% of the test organisms (LC50) was computed using Finney probit analysis programme [7].

The results of the Brine Shrimp Test (BST) and Fundulopanchax gardneri Test (FGT) for methanol, ethyl acetate and n-hexane extracts are presented in Table 1. With the exception of C. edulis, N. laevis and T. mollis, the results of the methanol and ethyl acetate extracts of the plants indicate very high activities in both tests (BST LC50 3 - 178 μg/cm3 and FGT LC50 16 - 269 μg/cm3). These results indicate the presence of bioactive compounds that contribute to the overall pharmacological activities of the plants. No activity was observed in the extracts of N. laevis in both BST and FGT (LC50 >1000 μg/cm3). This showed that although N. laevis was reported to be of medicinal values, its active constituents were probably not soluble in all the solvents used for the extractions (Table 1). The n-hexane extracts of the plants were generally found to be inactive (BST and FGT LC50 >1000 μg/cm3). This indicates that the active constituents of these plants were not soluble in n-hexane except C. arereh which exhibited a moderate activity with BST LC50 355.73 and FGT LC50 362.25 respectively.

A comparison of the activity results obtained from the BST bioassay method showed that the results compared favourably with those obtained from FGT bioassay method (Table 1). Plants extracts whose activities were assessed as very high using BST were equally found to very high using FGT method. In the same vein, extracts that were assessed as low or moderately active, or even inactive using BST method were similarly assessed using FGT methods.

Table 1 also showed means/standard deviations of both samples and correlation analysis. Correlation value (r=0.970, 0.99 and 0.96 (p<0.05) indicates positive relationship, suggesting lack of significant difference in the performances of the two method employed in the bioassay. The results revealed the proximity of the two bioassay method with respect to their performances.

The statistical analyses of the BST LC50 and FGT LC50 values suggest that FGT is an efficient bench-top bioassay method. FGT is simple, inexpensive and may be successfully employed as an alternative to the BST in developed countries due to the availability of the resources locally.

Copyright: © 2014 Ado K, et al. This is an open-access article distributed under the terms of the Creative Commons Attribution License, which permits unrestricted use, distribution, and reproduction in any medium, provided the original author and source are credited. 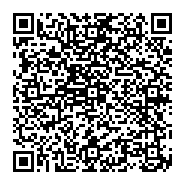