Leishmaniasis which is a neglected tropical disease is a global health problem. The treatment options are limited. They are either toxic or expensive. This study was conducted to test some medicinal plants belonging to Asteraceae family against Leishmania donovani promastigotes. Five plants have been selected: Helianthus annuus leaves, Pulicaria crispa aerial parts, Geigeria alata aerial parts, Acanthospermum hispidum aerial parts and Sonchus oleraceus leaves. H. annuus and P. crispa petroleum ether and chloroform extracts showed significant antileishmanial activity at 50 μg/mL in the general screening test, whereas the other three plant extracts showed significant antileishmanial activity in only one solvent system. H. annuus and P. crispa were further tested at doses range of 50, 25, 12.5, 6.25 and 3.125 μg/mL. The IC50 for petroleum ether and chloroform extracts of H. annuus were 4.5 and 3 μg/mL respectively. While the IC50 for petroleum ether and chloroform extracts of P. crispa were 4.9 and 3.75 μg/mL respectively. Thin layer chromatography for the active extracts of H. annuus and P. crispa has revealed the high similarity in their chemical composition which explains the similarity of their antiparasitic activity.

Leishmaniasis is one of the neglected tropical diseases which is widely distributed parasitic disease, it is caused by the protozoan of the genus Leishmania [1]; also, it is regarded as a major public health problem with high incidence of morbidity and mortality in Africa, Asia and Latin America [2].

Sudan is one of the countries which suffered and still suffering from leishmaniasis. Epidemiological studies in Sudan showed that both L. major and L. donovani are the main causative organisms of CL and VL respectively [4,5]. Also, Sudan is characterized by the presence of Post Kala- azar Dermal Leishmaniasis (PKDL) which is the complicated form of VL; it is developed from about 50% of patients who recovered from VL [6-8]. PKDL patients may play an important role in transmission and are presumed to be the cause of severe outbreaks after periods of low transmission [9].

Recently, treatment of both VL and CL depends on limited chemotherapeutic agents, some of them were obtained from natural products (like amphotericin B), and these limited drugs are either toxic, expensive, need parenteral administration or become useless due to parasite resistance [10]. Therefore, screening for new drugs with potent leishmanicidal activity is highly recommended, as most new developed drugs are still originated from natural sources [11].

Helianthus annuus L. is widely distributed plant which is cultivated mainly for the production of edible oil from its seeds. It represents the second most important edible oil in the world. Traditionally, it is used as anti-inflammatory, anti-pyretic, diuretic, renal disorders, emollient, expectorant, astringent, anti-asthma, disinfectants and vermifuge purposes [12].

Pulicaria crispa L. is also widely distributed over the world especially in arid and semi-arid areas, it has many traditional uses which are used for treatment of various ailments, the most important uses are in treatment of some heart diseases, gastro intestinal disorders, antibacterial, antifungal, anti-inflammatory and antiepileptic activities. Also, it possesses high antioxidant activity [13].

The plants were collected from different regions in Sudan from July 2012 to February 2013 (Table 1). They were identified and authenticated in Medicinal and Aromatic Plants Research Institute, National Center for Research in Khartoum.

Table 1: The plants and their sources.

The plants were shade dried and powdered; then they were extracted successively with petroleum ether, chloroform and methanol by soxhlet apparatus. The extracts were dried under reduced pressure and the yield percentages were calculated with the reference to dry powders. The extracts were kept in well closed containers in the refrigerator at 4°C.

Leishmania donovani parasite was obtained from The Institute of Endemic Diseases, University of Khartoum. The parasite was isolated from visceral leishmaniasis Sudanese patient in NNN media. The cultures were transferred into 50 ml tissue culture flasks and cultured in M-199 medium supplemented with 10-12% Fetal Calf Serum (FCS) and 100 units of benzyl penicillin and streptomycin. The parasites were maintained in this medium and the flasks were examined every two days for the growth and contamination. The parasites (at stationary phase) were routinely sub cultured when good growth was observed almost every three days.

Preparation of the plant extracts for antileishmanial activity screening

Twenty mg from each plant extract was taken and dissolved with minimum amount of DMSO (almost 0.2 mL), and then the volume was completed to 1 mL by adding M-199 complete media, to prepare 20 mg/mL stock solution. Different concentrations were prepared for the general antileishmanial screening up to a final concentration of 50 μg/ mL. Promising extracts will be further tested at lower concentrations.

Antileishmanial activity screening was carried according to Attaur- Rahman et al. method [14]. In a 96 well micro titer plate, 90 μL of the parasite culture with (2 × 106 L. donovani promastigotes/ml) were taken into each well. 10 μL of each plant extract with final concentration of 50 μg/mL were put in each well and mixed well. Amphotericin B was set as positive control with final concentration of 10 μg/ mL, while 10 μL of M-199 complete media containing 5% DMSO was set as negative control. The plate was incubated inside the incubator at 25°C. Parasites counting were done after 48 hours of incubation to determine the inhibition percentages; also, morphology and motility of the parasites were checked. Highly active extracts of H. annuus and P. crispa were further tested at concentrations (50, 25, 12.5, 6.25 and 3.125 μg/ mL) in order to determine their IC50 which was obtained by using excel sheet.

Petroleum ether and chloroform extracts of both H. annuus and P. crispa were subjected to TLC using precoated aluminum plates, several mobile phase systems were attempted, n-hexane: ethyl acetate (4:1) was found to be the most suitable mobile phase system which had showed good separation of the compounds, the plates were seen under UV light, exposed to iodine and finally were sprayed by vanillin-o- phosphoric acid as an indicator and heated in an oven at 110°C for 10 minutes.

The results of the inhibition percentages for all plant extracts used in general antileishmanial screening test at 50 μg/ ml are shown in Tables 2 and 3.

Petroleum ether and chloroform extracts of both H. annuus and P. crispa were tested in dose range of 50, 25, 12.5, 6.25 and 3.125 μg/mL and the results are shown in Figures 1 and 2, reflecting that chloroform extract is more active for both species with slight differences in the results. Many previous studies proved that the antileishmanial activity of most plants belonging to Asteraceae family are attributed to terpenoidal compounds, these compounds like monoterpenes, sesquiterpenes, sesquiterpene lactones, diterpenes and triterpenes are very frequently present in Asteraceae plants and are mainly extracted via nonpolar solvents; the family Asteraceae species are reputed for their content of sesquiterpene lactones, a group of compounds with wide range of biological activities [15]. Our findings which are compatible with these findings depicted that the activity of these two plants mainly can be probably due to their content of sesquiterpene lactones. On the other side, the activity of S. oleraceus (methanolic extract) may be attributed to flavonoids (or any other phenolic compounds) which are also widely distributed in Asteraceae family [16].

Both species have shown high similarity in their content of secondary phytochemical constituents; the only difference observed was in Liebermann- Burchard’s test which is used for detection of steroids and triterpenes, H. annuus showed the domination of green color which indicates the presence of steroidal nucleus, while P. crispa showed the domination of pink color which indicates the presence of triterpenes; so, these observations agree with previous studies [12,13]. This high similarity of phytochemical constituents in both species goes along with the results obtained from antileishmanial activity (Figure 3). Also, a part of similarity can be seen from the TLC profile. The study explicit the importance of medicinal plants as a source of new lead compounds. H. annuus and P. crispa showed promising antileishmanial activity. Our future plan is to attempt fractionation to the active extracts, the fractions should again be tested which finally lead to structure elucidations of the active fractions. Also, we recommend testing the active extracts against L. donovani amastigotes, as amastigotes are the infective form of the parasite to humans.

The authors are grateful to Mr. Salah Abdulgabbar, Dr. Omsalama Abdulmajid and Mr. Mohamed Hassan in International University of Africa, Faculty of Pharmacy, Department of Pharmacognosy for their great support during the run of this study.

Copyright: © 2017 Mohamed M, et al. This is an open-access article distributed under the terms of the Creative Commons Attribution License, which permits unrestricted use, distribution, and reproduction in any medium, provided the original author and source are credited. 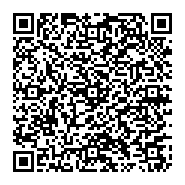