Background: Libanotis transcaucasica Schischk. belonging to the family of Apiaceae is a perennial plant that is distributed in Europe, northwest of Iran and also Caucasia.

Purpose: Due to the interest on development of drugs from natural origins, we studied the components and cytotoxic activity of essential oil from L. transcaucasica.

Results: The yield of oil was 0.9% (w/w) and it had yellow color. Fifty-four compounds in L. transcaucasica representing 84.0% of the oil components were identified. Germacrene B (20.2%) was the most abundant compound in this oil, followed by isospathulenol (11.0%), germacrene D (9.2%) and kessane (5.5%). The volatile oil displayed weak to moderate cytotoxic activity in all evaluated human cancer cell lines (IC50 =0.9-0.2 mg/ml). The highest and the lowest cytotoxic effects were observed on Raji and LS180 cell lines, respectively.

The genus Libanotis L. belongs to the family Apiaceae. This genus consists of about 60 species widespread in Europe, Africa, Asia, and Oceania. The plants of this family possess peculiar botanical characteristics such as the typical umbellate inflorescences and are distributed widely from tropical to temperate regions where they often are used as spices or drugs [1,2].

According to the ancient literature, some of the Libanotis species such as L. buchtormensis and L. laticalycina have been reported to be used as traditional medicinal plants [2]. The various species of this genus are also believed to have anti-inflammatory, antipyretic, analgesic, and spasmolytic effects [2].

The plant material was collected in June 2008 from northwestern of Iran. The plant was identified at the Department of Biology, University of Shiraz, Iran and a voucher specimen was deposited at the herbarium of the Medicinal and Natural Products Chemistry Research Center, Shiraz, Iran (No. PC 87-6). The aerial parts of collected plant were air-dried at ambient temperature in the shade and grinded to powder. The powder (60 g) was subjected to hydro-distillation for 4 h using a Clevenger type apparatus to obtain the essential oil. The oil was dried over anhydrous sodium sulfate and stored in a sealed vial at 4-6°C in the dark till analysis.

Identification of the oil components

Gas chromatography (GC) analysis was carried out using an Agilent 6890N chromatograph (FID) with an HP-5 column (30 m×0.25 mm; 0.25 µm film thickness). The oven temperature increased from 60 to 240°C at a rate of 3°C/min, the injector and detector temperature were 240°C and 250°C, respectively. Helium was used as the carrier gas with a flow rate of 0.9 ml/min. Relative percentage data were obtained from electronic integration of peak areas without the use of correction factor. GC-MS analysis of the essential oil was performed using an Agilent 7890A chromatograph operating at 70 eV ionization energy, 0.5 s/scan and the mass range of 35-400, equipped with a HP-5 capillary column (phenyl methyl siloxane, 30×0.25 mm2, 0.25 µm film thickness) programmed as above with helium as the carrier gas with the flow rate of 0.9 ml/min and a split ratio of 1:20.

Retention indices were determined by using retention times of n-alkanes that had been injected after the oil under the same chromatographic conditions according to the Van Den Dool method [9]. The compounds were identified by comparison of their mass spectra with the Wiley and Mass finder 3 libraries or with the published mass spectra [10].

HeLa (human cervical adenocarcinoma), LS180 (human colon adenocarcinoma), MCF-7 (human breast adenocarcinoma) and Raji (human B lymphoma) cell lines were obtained from the National Cell Bank of Iran, Pasteur Institute, Tehran, Iran. All cell lines were maintained in RPMI 1640 supplemented with 10% FBS, and 100 units/ml penicillin-G and 100 µg/ml streptomycin. Cells were grown in monolayer cultures, except for Raji cells, which were grown in suspension, at 37°C in humidified air containing 5% CO2.

Cell viability following exposure to essential oils was estimated by using the MTT reduction assay [11-14]. HeLa and LS180 and cells were plated in 96-well microplates at densities of 1×105 and 2.5×104 cells/ ml, respectively (100 µl per well). MCF-7 and Raji cells were plated at a density of 5×104 cells/ml (100 µl per well). Control wells contained no essential oil and blank wells contained only growth medium for background correction. After overnight incubation at 37°C to allow for cell attachment, half of the growth medium was removed and the essential oil, first diluted 10 times in DMSO, was serially diluted in RPMI and 3 different dilutions were added in duplicate. Plates with Raji cells were centrifuged before this procedure. Maximum concentration of DMSO in the wells was kept below 0.5%. Cells were further incubated for 72 hr, except for HeLa cells, which were incubated for 96 hr. At the end of the incubation time, the medium was removed and MTT was added to each well at a final concentration of 0.5 mg/ml and plates were incubated for another 4 hr at 37°C. The formazan crystals, which were formed by the action of dehydrogenase enzyme in the mitochondria of viable cells, were solubilized in 200 µl DMSO. The optical density was measured at 570 nm with background correction at 655 nm using a Bio-Rad microplate reader (Model 680). The percentage of inhibition of viability compared to control wells was calculated and IC50 values were calculated with the software Curve Expert version 1.34 for Windows. Each experiment was repeated 4 times and data were presented as mean ± S.D.

tr.: trace (<0.1%). RI: retention indices relative to C8-C28 n-alkanes on HP-5 column. The components are listed in order of elution from the HP-5 column. Percentage calculated from FID data.

Table 1: The chemical composition of the essential oil from L. transcaucasica.

The volatile oil of L. transcaucasica contained 17 sesquiterpene hydrocarbons (48.3%), 11 oxygenated sesquiterpenes (22.7%), 13 monoterpene hydrocarbons (10.5%) and 10 oxygenated monoterpenes (2.2%). The main abundant component for L. transcaucasica was Germacrene B, which was in accordance with the previous report on other Libanotis species such as L. buchtormensis. As a rich source of Germacrene B, the plant genus can also be used as flavoring agent in the food and perfume industries [2]. Sesquiterpene hydrocarbons were also reported as one of the main constituent of the essential oils from other Libanotis species [2,15].

As shown in Table 2, the most significant activity was observed against Raji cell lines and the lowest effect was observed on LS180 cell lines. The cytotoxic activity reported in the oil could also be contributed to the existence of some sesquiterpene hydrocarbons such as Germacrene B and Germacrene D [16,17].

Copyright: © 2013 Shahabipour S, et al. This is an open-access article distributed under the terms of the Creative Commons Attribution License, which permits unrestricted use, distribution, and reproduction in any medium, provided the original author and source are credited. 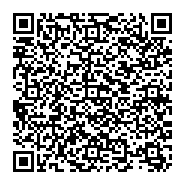