Extraction and Characterization of Chitin and Chitosan from Achatinodes

In view of the increasing littering of the river banks by shells of crustaceans, a study was carried out to investigate the extraction and characterization of chitin and chitosan from apple snail. Chitin and chitosan was extracted and characterized from apple snail the conventional methods of pretreatment, demineralization, deprotienization and deacetylation. The results obtained revealed that carbon nitrogen ratio of the chitosan extracted was 5.7 with a degree of deacetylation of 59.69% and 58.66% calculated from the elemental analysis and the FTIR spectra of chitosan respectively. The FTIR spectra for chitosan gave a characteristic-NH2 band of 2921.48 cm-1 and a carbonyl group band of 2523.11 cm-1. The mussel shell was discovered to contain a mineral content of 48.43% and a chitin composition was found to be 18.44%.

Chitin is usually distributed in marine invertebrates, insect, fungi and yeast. Chitin is a bio polymeric substance derived from crustaceous shell a homopolymer of β (1-4) linked N-Acetyl-D-Glucosamine Austin. In spite of the presence of nitrogen it may be record as cellulose with Hydroxyl at position C-2 replaced by an acetamito group Entsar. Like cellulose it functions a structural polysaccharide. Commonly the shell of selected crustacean consists of 30-40% protein, 30-50% calcium carbonate and calcium phosphate and 20-30% chitin [1]. The prime source is shellfish water such as shrimp’s snail and craw snail. It is also obtained naturally in a few species of fungi. Chitin is formed a linear chain of acetylgucosamine groups while chitosan is recovered by removing enough actyl groups while chitosan is recovered by removing enough acetyl groups (CH3-CO) from chitin therefore the chitin molecule and the resultant product is found to be soluble in most diluted acids. he actual variation between chitin and chitosan is the acetyl content of the polymer [2].

Conversion of Snail shells to useful resources using sub-critical water treatment” highlights the use of temperature condition 533K-593K and reaction time 1-20 minute and synthesized high quality chitin. The use of exoskeletons of shrimp and Snail for extraction of chitosan and production of Nano members is also reported in the literature [5]. The paper titled “Extraction and characterization of chitin; a functional biopolymer obtained from scales of common Snail. Reports about proposed chitin synthesis process using Snail scales as raw material. A new approach for synthesis of chitin based on preparation, modification and application of chitin Nano whiskers has been reported in literature. The paper titled “Isolation and FTIR spectroscopy characteristics of chitin spectroscopy characterization of chitin from local sources” and Structural characteristics of chitin and chitosan isolated from the biomass of cultivated rotifer” give the FTIR analysis and its interpretation for chitin. Another paper “Nano structured bio composite film of high toughness based on native chitin Nano fibers and chitosan” reports the synthesis of chitin and its utilization in Nano structured film (Table 1).

Chitin and chitosan are natural resources waiting for a market. They were waste products of the Snailing and shrimp canning industry. The US Department of Commerce reported in 1973 that they were over 1,50,000 Mt of chitin produced as processing waste from shell Snail, krill, clams, oysters, squid, and fungi [6]. Commercially chitin and chitosan are of great importance owing to their relatively high percentage of nitrogen (6.89 percent) compared to synthetically substituted cellulose. The crustacean shells mainly involve the removal of proteins and the dissolution of calcium carbonate that is present in Snail shells in high concentrations. he resulting chitin is deacetylated in 40 percent sodium hydroxide at 120o C for 1-3 h. his treatment produces 70 per cent deacetylated chitosan. he following four steps in chronological order of the process are needed to produce chitosan from crustacean shells. (i) Deproteinization, (ii) Demineralization (Unpublished data, one of the authors, Pradeep Kumar Dutta investigated a new method of demineralization of crustacean shells and claimed better property than the existing process) (iii) Decolouration and (iv) Deacetylation.

Properties of chitin and chitosan: Most of the naturally occurring polysaccharides e.g., cellulose, dextrin, pectin, alginic acid, agar, agarose, and carragenas are natural and acidic in nature, whereas chitin and chitosan are examples of highly basic polysaccharides. Their properties include solubility in various media, solution, viscosity, polyelectrolyte behavior, polyoxysalt formation, ability to form films, metal chelation’s, optical and structural characteristics. Although the β(1 → 4) anhydroglucosidic bound of chitin is also present in cellulose the characteristic properties of chitin is highly hydrophobic and is insoluble in water and most organic solvents, it is soluble in hexafluoroisopropanol, hexafluoroacetone, and choloroalcohols in conjunction with aqueous solutions of mineral acids and dimethylacetamide (DMAc) containing 5 percent lithium chloride (LiCI). Recently the dissolution of chitosan in N-methyl morpholine- N-oxide (NMMO)/H2O has been reported by Dutta [7]. The hydrolysis of chitin with concentrated acids under drastic conditions produces relatively the pure amino sugar, D-glucosamine (Table 2).

Depending on the extent of deacetylation, chitin contains 5 to 8 percent (w/v) nitrogen, which is mostly in the form of primary aliphatic amino groups as found in chitosan. Chitosan undergoes the reactions typical of amines, of which N-acylation and Schiff reactions are the most important. Chitosan glucans are easily obtained under mild conditions but it is difficult to obtain cellulose glucans. Nacylation with acid anhydrides or acyl halides introduces amide groups at the chitosan nitrogen [8]. Acetic anhydride affords fully acetylated chitins. Linear aliphatic N-acyl groups higher than propionyl permit rapid acetylation of the hydroxyl groups in chitosan. Highly benzoylated chitin is soluble in benzyl alcohol, dimethyl sulphoxide (DMSO), formic acid, and dichloroacetic acid. The N-hexanoyl, Ndecanoyl and N-dodecanoyl derivatives have been obtained in methanesulphonic acid. Chitosan forms aldimines and ketimines with aldehydes and ketones, respectively, at room temperature. Reaction with ketoacids followed by reduction with sodium borohydride produces glucans carrying proteic and non-proteic amino acid groups N-carboxy-methyl chitosan is obtained from glyoxylic acid. Examples of non-proteic amino acid glucans derived from chitosan are the Ncarboxybenzyl chitosan are the N-carboxybenzyl chitosans obtained from o-and p-phthalaladehydic acids. Chitosan and simple aldehydes produce N-alkyl chitosan upon hydrogenation. The presence of the more or less bulky substituent weakens the hydrogen bonds of chitosan; therefore, N-alkyl chitosans swell in water inspite of the film forming property of chitosan. Chitosan is more versatile in comparision to chitin due to the presence of amino groups at the C-2 positions [9].

Biological properties of chitosan: Following are the biological properties of chitosan: Biocompatible, Natural polymer, Biodegradable to normal body constituents, Safe and non-toxic, (the research in chitinase is noteworthy in this respect) [10]. Binds to mammalian and microbial cells aggressively Regenerative effect on connective gum tissue. Accelerates the formation of osteoblast responsible for bone formation.

The raw materials used in present work include exoskeletons of Snail which were collected from the Vetharanyam area. In chitin synthesis process acid hydrolysis method is used. In demineralization step, hydrochloric acid is mixed with distilled water to prepare desired concentration of solution. Sodium hydroxide is used in deproteinization step. Distilled water is used wash sample a ter demineralization and deproteinization step. Hydrogen peroxide is used as a bleaching agent.

The overview of experimental procedure followed is as given below: Snail shells were cleaned and washed thoroughly to remove any foreign materials, followed by grinding to get particle size 0.30-0.35 mm. In demineralization process, Snail shell powder was added slowly to 7% Hydrochloric acid with continuous stirring to avoid effervescence and heated at 60o C for 2-3 hour to remove carbonate and phosphate content from the Snail shell powder. In deproteinization step, the acid hydrolyzed sample was treated with 5% w/v sodium hydroxide to reduce nitrogen content of protein, followed by washing to remove any traces of sodium hydroxide. The sample was filtered, washed repeatedly with distilled water to remove any traces of chemicals and soluble impurities. The iltered sample was then dried in an oven at 70o C for 3 hours. The dried demineralized, deproteinized and deodorized and deodorized white sample of chitin was obtained. In bleaching step, the dried sample washed with hydrogen peroxide to reduce pigment of chitin, followed by drying and storing under airtight condition.

From interpretation of FTIR it can be said that all the functional groups which are added during synthesis have been identified in the form of peaks. This indicates the successive formation of chitin biopolymer. During acid hydrolysis of chitin desired temperature is maintained to remove minerals such as calcium carbonate and proteins. It can also be interfered that as shell powder to acid ratio increases, yield and product appearance also increase (Figure 1). 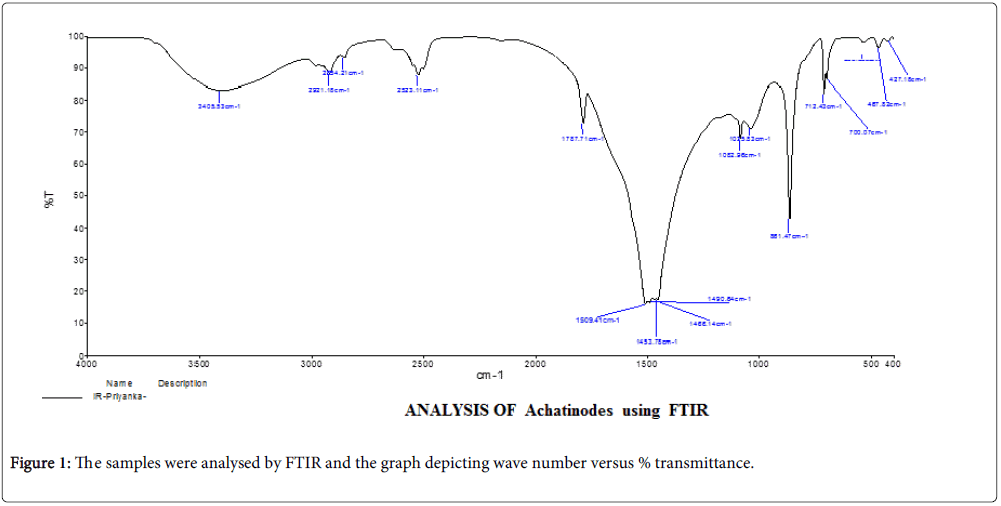 Figure 1: The samples were analysed by FTIR and the graph depicting wave number versus % transmittance.

The interpretation of FTIR analysis of the samples is done for the possible presence of functional groups and the details are given in Table 3. The basis of interpretation is the FTIR of standard chitin is reported.

The present work is aimed at the preliminary studies in extraction of chitin from Snail shells using chemical method. Based on observation of the trial experimental runs, it can be concluded that the product obtained has similar texture and colour as that of commercial grade chitin. Based on visual observation and apparent physical properties, two sample have been selected for FTIR analysis, which indicated successful synthesis of chitin. Based on FTIR interpretation it can be concluded that present work has successfully synthesized chitin from waste raw material such as Snail shells. The visual observation of nanostructured film formed from chitin is also indicative of the possible utilization of chitin into the value-added product. The advantages of this product are it is biodegradable, bio compatible and can be effectively used as biomedical interface. The extracted chitin from Snail shells exhibits tremendous industrial, medical and pharmaceutical applications. However, it is felt necessary to perform more number of experiments supported with appropriate analytical methods to substantiate the claim and optimize the process further.

Copyright: © 2017 Thillai Natarajan S, et al. This is an open-access article distributed under the terms of the Creative Commons Attribution License, which permits unrestricted use, distribution, and reproduction in any medium, provided the original author and source are credited. 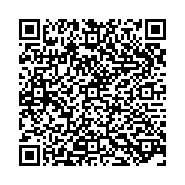