Ginseng Berry and its Biological Effects as a Natural Phytochemical

A recent trial in the development of new medications and immune-modulatory agents is to search for candidates among natural products because they have relatively low toxicities in clinical applications. Ginseng has been used as a traditional medicine in Asia and has demonstrated efficacy against various human diseases, such as viral infectious diseases, diabetes, atherosclerosis, and cancer. Recent studies and clinical cases have enhanced the interest in the potential biological effects of the ginseng berry, an association that appears to be due to the phytochemical content of this fruit. The ginseng berry has various bioactivities, such as anti-diabetic, anti-oxidation, anti-neuro degeneration, anti-inflammation, anti-cancer, and enhancement of sexual function bioactivities. Moreover, syringaresinol, the effective anti-aging component of the ginseng berry, has the ability to stimulate longevity via gene activation. Further molecular and clinical studies are necessary to uncover the numerous bioactive substances in the ginseng berry that contribute to public health.

The bioactive components of ginseng are triterpene glycosides or saponins, which are commonly regarded as ginsenosides. It has been reported that ginsenosides are the most effective agents in ginseng in the treatment and prevention of cancer and the regulation of blood glucose and blood pressure [1]. Ginsenosides are divided into three major groups based on the triterpene aglycones: panaxadiol, panaxytriol, and olenolic acid derivatives [2]. Other chemical compounds from Panax ginseng include alkanes, alkynes, sterols, fatty acids, monotriterpenes, phenylpropanoids, kairomones, carbohydrates (sugars and polysaccharides), amines, flavonoids, organic acids and vitamins. In addition to amino acids, nucleic acids, various enzymes and inorganic compounds are obtained from ginseng [3]. More than 60 different types of ginsenoside have been identified that are contained in the plant roots, leaves and fruits [4,5]. Because different parts of the plant contain distinct ginsenoside content, the pharmacological activity of the various parts of the plant may be different. Recent studies have demonstrated that the ginseng berry has a different ginsenoside profile and higher ginsenoside content than the root [6]. Interestingly, among the ginsenosides, ginseng berry extract contains high levels of ginsenoside Re, amounting to almost more than 30-40 times that of ginseng root, indicating that the ginseng berry may be a superior form to ginseng root extract for ingesting a large amount of ginsenoside Re [7]. In addition, ginseng berry extract contains larger amounts of vitamin E, vitamin K, folic acid, and potassium than the raw materials (i.e., skin, flesh, juice) of ginseng. Currently, ginseng berry extract is being evaluated in clinical and preclinical trials because its components are more efficacious as compared to ginseng root extract.

Anti-cancer activity: Recent studies have reported that the ginseng berry exhibits anti-cancer activity in in vitro [20-25] and in vivo [26,27], as well as the ability to attenuate chemotherapy-induced side effects [28,29]; these effects result from the promotion of dendritic cell maturation. Interestingly, the ginseng berry induced a higher degree of co-stimulatory molecule up regulation than the root extract at the same concentrations [30]. These studies indicate that the ginseng berry is an intense tumor therapeutic vaccine adjuvant that can be used in investigations and clinical research.

Anti-sexual dysfunction: Sexual dysfunction has a severe impact on the quality of life of affected individuals. Previous studies reported that more than half of the male population has some degree of erectile dysfunction [36], and one-third of the global male population, across all ages, has some degree of premature ejaculation [37]. To treat these symptoms, PDE5 inhibitors and selective serotonin reuptake inhibitors are used; however, these drugs can produce negative side effects, including headache, gastrointestinal disorder, muscle pain, and blurred vision and may have dangerous interactions with other medications [38,39]. To avoid the risks of side effects, people often turn to dietary ingredients, such as ginseng. Ginsenosides have been shown to enhance nitric oxide production by inducing nitric oxide synthase activity [40,41]. Recently, ginsenoside Rg1, which is abundantly present in the ginseng berry, was also shown to improve male copulation behavior via the nitric oxide/CGMP pathway [42]. Clinical observation of patients after 8-week oral treatment indicated that ginseng berry improved all domains of sexual function including erectile dysfunction and premature ejaculation [43]. The ginseng berry had a greater relaxation effect on rabbit corpus cavernosum smooth muscle than did ginseng root extract and increased intracavernosal pressure in a rat model in both a dose- and duration-dependent manner. This relaxing effect might be mediated by nitric oxide production [44].

Anti-neurodegeneration activity: There has been a growing interest in a number of pharmacological approaches to help slow the rate of both cognitive and functional declines associated with aging. Continued research indicates the occurrence of neuronal and behavioral deficits during aging, even in the absence of neurodegenerative diseases such as Alzheimer’s diseases and Parkinson’s diseases. Recently, several dietary supplements with either strawberry or blueberry extracts have been reported to reduce some neurological deficits in animal models of aging [45,46]. Fruits are beneficial in both forestalling and reversing the deleterious effects of aging on neuronal communication and behavior [47]. The neuroactive effects of free amino acids in ginseng seed and berries have been proposed [48]. It has been suggested that one potential mechanism by which the ginseng berry improves various neurological functions is via an interaction with the cholinergic and serotoninergic neurotransmitter systems. The suggestion of this pathway is supported by reports that have shown that selective damage to serotonergic neurons affects certain aspects of memory functions, specifically, spatial working memory [49,50]. Moreover, one of the behavioral paradigms found to be improved by ginseng berry supplementation was that of electroconvulsive shock, which is known to modulate the cholinergic neurotransmitter system, especially within brain areas, such as the hippocampus [51-53]. It has also been proposed that the ginseng berry enhance the components of cholinergic systems, such as choline acetyltransferase, which is also thought to be important in the formation of memory [54-56]. Although there have been a number of studies emphasizing the potential helpful effects of ginseng berry on cognitive performance in animal models, few epidemiological reports have been performed. In fact, a comprehensive investigation of the literature found few studies exploring the effects of ginseng berry on human cognitive performance, in which significant improvement in mental arithmetic and abstraction tests were reported [57-59].

Exploring Other Bioactive Constituents in the Ginseng Berry and Syringaresinol

Because of its numerous potent biological activities, there have been many efforts to discover other useful components in the ginseng berry besides ginsenoside. The ginseng berry has many unique bioactive constituents compared to the generally used ginseng root. Recently, a lignin compound, syringaresinol(4,4’-(1S,3aR,4S,6aR)-tetrahydro- 1H,3H-furo[3,4-c]furan-a,4-diylbis(2,6-dimethoxyphenol)), was isolated from panax ginseng pulp and found to activate SIRT1 gene expression, leading to delayed cellular senescence and improved endothelial cell function in endothelial cells [60]. Syringaresinol treatment induced the binding of FoxO3a to the SIRT1 promoter in a sequence-specific manner, leading to the induction of SIRT1 expression. Syringaresinol exists either exclusively as one enantiomer or as enantiomeric mixtures in plant foods. Syringaresinol has Enantioselective effects upon biological activity [61] and also has protective effects against hypoxia/reoxygenation-induced injury. Syringaresinol caused the destabilization of hypoxia-inducible factor 1 following hypoxia/reoxygenation and then protected cellular damage and death in a FOXO3-dependent mechanism [62].

The ginseng berry is a rich source of dietary bioactivities and has various biological activities in addition to that of the ginseng root. It possesses higher ginsenoside content than its root, which has been traditionally used in herbal medicine for many human diseases and age-related attenuates. In this study, we reviewed the biological and pharmacological activities of the ginseng berry, including antidiabetic, anti-cancer, anti-inflammation, anti-neurodegeneration, and also sexual function effects. In addition, an anti-aging component of the ginseng berry, syringaresinol, has the potential for activating the longevity genes sirt1 and foxo. According to numerous reports, the ginseng berry has the potential to be widely used as an anti-aging reagent for many age-related human diseases and to increase vitality. Basic research has suggested a number of potential mechanisms of action for ginseng berry bioactive substances, although further molecular research is necessary. Furthermore, the optimal dose of ginseng berry bioactive substances has not been determined for urinary tract or cardiovascular health. Another major deficiency concerning the evaluation of existing clinical reports is the lack of quantification of ginseng berry bioactive substances or assessment of their concentration in blood or urine. There is potent experimental evidence that ginseng berry bioactive substances have favorable effects on blood glucose metabolism, blood pressure, oxidative stress, inflammation, cancer, and endothelial function. As noted, the average daily fruit consumption is substantially less than what is recommended. In part, encouraging consumption of a greater proportion of plant foods, including fruit, to achieve a healthy dietary pattern will help to attain the recommended dietary intake of micronutrients. Although reference intake values have yet to be developed for phytochemicals, there is a growing consensus that their bioactivities importantly contribute to promoting public health and reducing the risk of chronic diseases. Berry fruit, including the ginseng berry, represents an especially rich source of many phenolic acids and flavonoids that have been associated with these benefits. Additional research that clarifies specific dietary guidance with regard to the type of berry should help elevate our intake of these bioactive moieties.

All authors read and approved the final manuscript. I thank all lab members for the discussions. In addition to their contribution to the writing, D.B.S., S.S.S., and S.Y.C. outlined and co-edited this article.

Copyright: © 2016 Kim J, et al. This is an open-access article distributed under the terms of the Creative Commons Attribution License, which permits unrestricted use, distribution, and reproduction in any medium, provided the original author and source are credited. 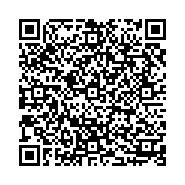