The genus Ocimum (Lamiaceae) consists of about 30 Old and New worlds, with some species cultivated in temperate areas. Ocimum lamiifolium Hochst. ex Benth (local name Tossign, Amharic) is mostly found in clearings and edges of primary and secondary mountain forests and bushlands, tall grasslands, abandoned fields, at altitudes between 1200 and 2900 m. Traditionally, the fresh leaves are squeezed and the juice is sniffed to treat cough and cold. The juice is also used as eye rinse to treat eye infections. At the same time, the crushed leaves are put in the nostrils to stop nose bleeding [1].

A huge range of medicinal plants parts is used to extract as raw drugs and they possess varied medicinal properties [2]. While some of these raw drugs are collected in smaller quantities by the local communities and folk healers for local used, many other raw drugs are collected in larger quantities and traded in the market as the raw materials for many herbal industries [3]. Plants used for traditional medicine contain a wide range of substances that can be used to treat chronic as well as infectious diseases. Microbiologists have great affiliation tin screening of medicinal plants for new therapeutics [4]. The active compound of many drugs found in plants are secondary metabolites. The development of drug resistance in recent years the use medicinal plant to evaluate plants possessing antibacterial activity for various diseases is growing [5-7]. Research has been done worldwide on the use of medicinal plants to cause human diseases and extracts of many plant species have been found to be active against many pathogenic bacteria. Aqueous extract of some plants have been reported from time to time to demonstrate antimicrobial activity. The efficacy of various species of medicinal plants against a variety of pathogens has been reported by a number of workers [8-17].

A wide variety of indigenous and minor crops have been utilized for daily consumption since ancient times. The family Labiateae is one of the largest families, which comprises the larger proportion of medicinal plant species. Ocimum is one of the important genera of family Labiateae [18]. Ocimum species often referred toas the “king of the herb. Ocimum lamifolium is an important medicinal herb belonging to family Lamiaceae.

The aim of the present study, however, was to test the antibacterial activities and phytochemical properties of the methanol, extracts of the leaves of O. lamifolium.

The Ocimum lamiifolium was collected from different area of Mekkele City, Tigray, Ethiopia in September, 2015. The species were botanically identified. And the plant material was washed with distilled water.

Collected leaves of O. lamiifolium was washed by distilled water and subjected to shade drying at 25°C. Then the dried leaves were pulverized to get course powder. 100 g of the powder was added to 1 L (1:10, w:v) of one solvent types, namely, methanol (absolute) and the mixture was shaked for 48 h at 120 rotations/min. The solutions were filtered by Whatman No. 1 filter paper. Finally, the methanol extracts was concentrated under vacuum in a rotary evaporator (Büchi Laboratoriums-Tchnik AG CH-9230 Flawil/Schweiz) to give gummy residues and the crude extracts was then weighed and subjected to an antibacterial activity test.

Antibacterial activity of spices powder extracts was investigated against two gram-negative and two gram positive bacterial isolates, which were obtained from the Hospital Laboratory of Mekelle University, Ethiopia and The tested bacteria, were cultured on Nutrient agar at 37°C for 24 h.

The in vitro antibacterial activities of the test samples were carried out by disc diffusion method [19,20]. In the disc diffusion method, Muller-Hintonagar was used as culture media and the discs were placed aseptically over the bacterial culture on nutrient agar plates and incubated at 37°C for 24 hours [21]. After incubation for 24 hours, the zones of inhibition around the discs were measured by millimeter scale. Discs were impregnated with each treatment and control was assayed on agar medium plate for Pseudomonas spp., Escherichia coli and S. aureus. The diameter of zone of inhibition as indicated by clear area which was devoid of growth of microbes was measured to determine the antibacterial activity. The experiment was repeated two times to confirm the reproducible results. Sterile, blank paper discs impregnated with only sterile ethanol and distilled water served as negative control each time. Standard Gentamycin (10 μg/disc) was used as positive control for comparison of the antibacterial activity. Minimum Inhibitory Concentration (MIC) value of the extracts of the Ocimum lamifolium was determined in present study following the serial dilution technique.

A HPLC system comprising of a vacuum degasser, quaternary pump, auto sampler, thermostated column compartment, and photodiode array detector (PDA) was used for the quantification of individual phenolic compounds. The column, Phenomenex C18 5 μm (250 × 4.6 mm), was maintained at 26°C. Different proportions of solvents such as acetonitrile/water/acetic acid (15:84:0.85) as eluant B and methanol as eluant A were used for the separation. The multiple gradient used for chromatographic separation consisted of different proportions of eluant A/B (50:50 for 1-5 min, 40:60 for 5 -10 min, 30:70 for 10-15 min, and 15:85 for 15-20 min). The flow rate was 1 ml/ min, the sample injection volume was 50 μl, and the chromatogram monitored at 330 nm. The peak purity of the tested sample was determined by comparing its ultraviolet (UV) spectra to that of the reference standards. Quantification was made on the basis of the corresponding peak area recorded by chromatopac c-R6A (Shimadzu). Reference standards were used for the preparation of standard curves.

The result of the antimicrobial activity was expressed as the means obtained from 3 independent analyses. Analysis of variance was used to compare between data. All analyses were performed at p<0.05 using Minitab version 2000 13.1 (Minitab, State College, PA, USA) [11].

The results of the antimicrobial activity of the methanol extract of fresh leaves of Ocimum lamifolium was found sensitive to S. aureus, E. coli and P. aeruginosa. Crude methanol extract produced zone of inhibition 12 mm and 13.5 mm against S. aureus and E. coli respectively and also exhibited highest zone of inhibition (12 mm) against P. aeruginosa (Table 1). The MIC value was also determined against the all tested bacteria. The MIC value of methanol extract of Ocimum lamifolium was found to be 200 mg and 100 mg against both S. aureus and E. coli respectively (Table 2).

The plant extracts was found to exhibit a good anti-oxidant activity in the selected in vitro antioxidant assays. Overall, the extracts tend to possess lesser activity in comparison to positive control BHA. Potential activity of all these extracts in the tested antioxidant assays is a promising factor for their application as an effective preservative for the food and cosmetic industries. However, further research would be required before such claims could be proposed with confidence.

The plant extracts shows that the maximum effect was exhibited by Ocimum lamifolium. These results are in parallel with the previous report on Ocimum spp. by ref. [22,23]. However, in the present study the maximum effect of tested plant extracts were showed on E. coli followed by S. aureus and P. aeruginosa. This result is in contradiction with the report by Pankaj and Puroshottam, revealed that S. aureus (a Gram-positive bacterium) was observed as most susceptible bacterium as it was inhibited by extracts of Ocimum spp., Streptococcus pyogenes and Salmonella typhi was found to be resistant to all the extracts tested [24]. The results of present study support the traditional usage of plant and Ocimum lamifolium plant extracts which possess compounds with antibacterial properties that can be used as antibacterial agents in new drugs for the therapy of infectious diseases caused by pathogens and further work may be carried out for pharmacological evaluation.

The quantitative analysis of phenolic constituents in the methanol extract of fresh leaves of Ocimum lamifolium as described in Table 3 the methanol extract of Ocimum species has led to the identification of 6 phenolic compounds (rosmarinic acid, lithospermic acid, vanillic acid, p-coumaric acid, hydroxybenzoic acid, and sinapic acid), which have been described for the first time in these plants were identified by comparison to the retention time and UV spectra of authentic standards and quantitative data were calculated based on their peak area [25,26]. In this study, hydroxybenzoic acid was the most abundant component identified in extract in comparison with other phenolic compounds and other compounds (range=0.14 ± 0.02 mg/g dry wt.). This is in general agreement with previously published qualitativequantitative analyses of Lamiaceae species (Shan et al.). This is also in agreement with Jamal Javanmardi and his coauthors, who reported that rosmarinic acid, is the most abundant component in O. basilicum (Javanmardi et al.). The other components such as lithospermic acid (range=0.04 mg/g dry wt.), vanillic acid (range=0.03 mg/g dry wt.), p-coumaric acid (range=0.17 mg/g dry wt.), hydroxybenzoic acid (range=0.14 mg/g dry wt.) and sinapic acid (range=0.02 mg/g dry wt.) were found. The variation in the distribution of individual phenolic compounds in different country species is possibly due to (1) genotypic and environmental differences (2) choice of parts tested, (3) time of sample collection, and (4) determination methods. It could also be due to the solvent used for the extraction that is, the extraction yield, nature of the compounds and materials from which the compound was extracted are strongly dependent on the solvents due to the presence of different concentrations of bioactive compounds with different polarities. Similarly, in Diospyroskaki, the isolation of triterpene acids (barbinervic acid, rotungenic acidand 2, 4-dihydroxyursolic acid) is strongly influenced by the solvent system.

The present investigation revealed that the extract of Ocimum lamiifolium leaves have potent antimicrobial activity which explains its use in traditional system of medicines. Hence, Ocimum lamiifolium can be employed as a source of natural antimicrobials that can serve as an alternative to conventional medicines. In general the phytochemical analysis of Ocimum lamiifolium species extracts has led to the identification of 6 phenolic compounds (rosmarinic acid, lithospermic acid, vanillic acid, p-coumaric acid, hydroxybenzoic acid, and sinapic acid), which have been described for the first time in these plants. Furthermore, all the plant extracts were found to exhibit a good antioxidant activity in the selected in vitro antioxidant assays. Overall, the extracts tend to possess lesser activity in comparison to positive control BHA. Potential activity of all these extracts in the tested antioxidant assays is a promising factor for their application as an effective preservative for the food and cosmetic industries. However, further research would be required before such claims could be proposed with confidence.

Copyright: © 2015 Amabye TG, et al. This is an open-access article distributed under the terms of the Creative Commons Attribution License, which permits unrestricted use, distribution, and reproduction in any medium, provided the original author and source are credited. 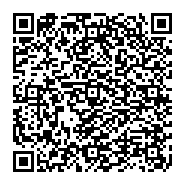