Air-dried, milled leaves of Knoxia corymbosa (220 gm) were extracted repeatedly with dichloromethane. After removal of solvent in vacuo, the CH2Cl2-solvent residue was fractionated by using hexane and ethyl acetate solvents. After fractionation, all fractions are submitted for NMR spectroscopy. Out of all fractions interesting fractions are subjected to column chromatography, so that we isolated one pure compound as Ursolic acid which is a known compound as it is characterized by using reference data. This is the first time to be isolated the above compound from this species. Ursolic acid is a five-membered cyclic triterpenoid compound. A structure of the isolated compound has been assigned on the basis of their analytical data. By surveying the literature, we came to understand that the compound ursolic acid is a cyclic five-member triterpenoid first to be isolated from Knoxia corymbosa. And also, it is first time to isolate the above compound from this species Knoxia corymbosa.

Pharmacological activities of plants and plant derived drugs necessitate for the search of new and useful drugs globally. India is the largest producer of medicinal herbs. These values are shown vast and tremendous biodiversity potential in India, which can be utilized in drug industry. Knoxia corymbosa is assumed to containing some medicinal values [1-6] because girijans of the forest area are using for fevers and skin diseases. Some authors reported that they isolated some chromone glycosides [7-9] from Knoxia corymbosa . Knoxia species reported to contain herbal medicine, β-sitosterol which is one of its main components was isolated. β-sitosterol is known to control cholesterol levels, reduce the activity of cancer cell, promote prostate gland health enhance immunity in the human body. The plants of family Rubiacea is an important source of medicinal natural products, particularly alkaloids and triterpenes, quinovic acid glycosides, flavonoids and coumarins have been isolated from this family. Pharmacological studies are described according to cytotoxicity, antiinflammatory, antiviral, immune stimulation, antioxidant, CNS-related response, vascular, hypertensive, mutagenicity and antibacterial properties. The compounds obtained from this family are used as immunomodulatory, anti-inflammatory and vascular-related conditions. The information summarized here is intended to serve as a reference tool to practitioners in the fields of ethno pharmacology and natural products chemistry.

Various natural products occur in Rubiaceae plants. Extensive phytochemical investigation has been realized regarding the natural occurrence of triterpenoids [10-16], anthraquinones and indole alkaloids [17-20] in the family. Rubiaceae family plants exhibited antimalarial, antimicrobial, antihypertension, antidiabetic, antioxidant, and anti-inflammatory activities. Bioactive compounds including indole alkaloids, terpenoids, anthraquinones and anti-tumors have been isolated from these plants.

220 gms of shade dried powder leaves of Knoxia corymbosa were filled in the thimble and extracted successively with n-hexane, dichloromethane, ethyl acetate and methanol solvents in soxhlet extractor for 48 hours intervals. The solvent extracts were concentrated under pressure and preserved at 40ºC in an airtight bottle for further use. After fractionation, all fractions are submitted to NMR Spectroscopy. Out of all fractions dichloromethane fraction is subjected to column chromatography. By thin layer chromatography (TLC) method Dichloromethane extract seems to be containing more compounds. So, the extract from dichloromethane is subjected to column chromatography with n-hexane and ethyl acetate solvents. The purity of fractions was tested with the help of TLC. Dichloromethane extract to column chromatography with n-hexane and ethyl acetate as eluting solvent mixture and obtained 198 fractions. One pure compound obtained from fractions of 159 to 176. The fractions are subject to thin layer chromatography TLC. The fractions having same Rf values are combined together [21-23]. The sample sent to IICT Hyderabad for spectral data. The data obtained is compared with the existing data and concluded the results and con irmed the structure and name of the is confirmed.

Modern man is confronted with increasing incidences of cancer and cancer deaths annually. Statistics indicate that men are largely plagued by lung, colon, rectal and prostate cancer, while women increasingly suffer from breast, colon, rectal, and stomach cancer [24]. The literature indicates that many natural products are available as chemo protective agents against commonly occurring cancer types [25]. Species of Rubiaceae as well as their isolated compounds possess diverse biological activities, including anti-inflammatory, antitumor, antimicrobial, larvicidal, antioxidant, gastrointestinal, anti-ulcer, and hepato protective, with alkaloids and iridoids as the major active principles. Crude leaf extracts of Knoxia corymbosa is proved to having antibacterial and antifungal activity [26].

Ursolic acid is the important constituent of leaves of Knoxia corymbosa which are proved to be having very effective medicinal value. Researches proved that ursolic acid having potency of curing tumors and killing cancer cells, induces eryptosis, reduces muscle atrophy, shows potential cardio protection, induces neural regeneration after sciatic nerve injury, liver disorders etc., So, it is necessary to do much more work on the above plant as the above mentioned diseases are challenging to the health sciences. Utilization of natural products as drugs is not only good for human health but also no side effects. In fact, plants produce a diverse range of bioactive molecules, making them a rich source of different types of medicines. Plants with possible antibacterial activities should be tested against an appropriate microbial model to confirm the activity and to ascertain the parameters associated with it.

The authors (Dr. R. Mrutyunjaya Rao and K. Ramakrishna) are grateful to University Grants Commission, New Delhi for the award of Major Research Project. And also to Dr. K. Suresh Babu who assisted me in structural elucidation and identification of the compound.

Copyright: © 2017 Mrutyunjaya Rao R, et al. This is an open-access article distributed under the terms of the Creative Commons Attribution License, which permits unrestricted use, distribution, and reproduction in any medium, provided the original author and source are credited. 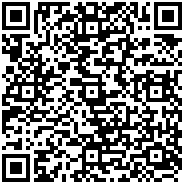