Marine ecosystem constitutes one of the major domains of life and among the 34 fundamental phyla of life, 17 have been reported on land while 32 of them are found in sea (with some overlaps) [1]. The reports on the first bioactive marine compounds viz. spongothymidine and spongouridine dates back more than 65 years from the Caribbean sponge Cryptotheca crypta in the early 1950s [2]. Thereof, there has been eventual investigation of novel bioactive constituents from marine sources and till date several therapeutic agents of marine origin are available that are used for the treatment of various diseases and ailments. Marine Natural Products bioprospecting has yielded a considerable number of drug candidates such as ziconotide which is a potent analgesic for severe chronic pain, trabectedin which is an antitumor agent used for the treatment of soft tissue carcinoma, cytarabine which is used for the treatment of acute lymphocytic leukemia and vidarabine that is used for the treatment of acute keratoconjunctivitis and recurrent epithelial keratitis caused by the herpes simplex virus [3].

During 2003 and 2004, marine antitumor pharmacology research directed towards the discovery and development of novel antitumor agents, was published in 163 peer-reviewed articles. A meta analysis reported the structured assessment of the anti-tumor and cytotoxic properties of 150 marine natural products, many of which are novel compounds belonging to diverse structural classes including polyketides, terpenes, steroids and peptides. The organisms yielding these bioactive marine compounds include invertebrate animals, algae, fungi and bacteria. Anti-tumor pharmacological studies were conducted with 31 structurally defined marine natural products in a number of experimental and clinical models which were further defined as their mechanisms of action. Particularly potent in vitro cytotoxicity data generated with murine and human tumor cell lines was reported for 119 novel marine chemicals with as yet undetermined mechanisms of action. This overview of 2003-2004 highlighted the discoveries in marine pharmacology of novel marine anti-tumor agents continued at the same pace as during 1998-2002 [4].

Several molecules isolated from various marine organisms (microorganisms, algae, invertebrates, and vertebrates) are currently under the study of an advanced stage of clinical trials, either directly or in the form of analogues deduced from structure-activity relationships. As the numbers of species that have been explored from the marine ecosystem are comparatively lesser to the total number of species available worldwide, therefore, marine ecosystem represents a potential domain for discovery of newer drugs with higher potency and efficacy for the treatment of various diseases and ailments.

Copyright: © 2017 Gupta P. This is an open-access article distributed under the terms of the Creative Commons Attribution License, which permits unrestricted use, distribution, and reproduction in any medium, provided the original author and source are credited. 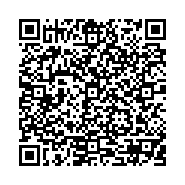