Medicinal plants are used to address the twin problems of promoting sustainable livelihoods and treatment of numerous illnesses in Nigeria. The study examined the medicinal value of forest products in the treatment of cancer in South-west Nigeria. Primary data was obtained in a cross-section survey of 327 respondents comprising 127 Traditional Medicine Practitioners (TMPs), 100 Orthodox Medicine Practitioners (OMPs) and 100 respondents from the General Public drawn by multistage sampling technique from the study area. Interview schedule was used in collection of data on the effectiveness of forest products in cancer treatment. The result showed that seven species were identified belonging to seven different families; Rutaceae, Asteraceae, Anarcardiaceae, Annonaceae, Meliaceae, Guttiferaceae and Leguminaceae topped the TMPs priority list. Result of economic analysis shows minimal competition in the anti-cancer forest product market and a high level of monopoly with a Gini coefficient of 0.83. The rate of return on investment was 180.08% indicating that the TMPs were making profit. Five of the plants were tested against cancer cell lines MCF7 and Hs578T while Doxorubicin (a synthetic anticancer drug) was used as the control treatment. Three plants: Saccharum offinarum (Stem), Sucurinega virosa (Root) and Piper guineensii (Seed) produced no result; Garcinia kola (Bark) did not exhibit any anticancer effect even at a concentration of 10 μ1/m1 while only one plant species was effective against the cancer cell line at 1 μ1/m1. It is therefore concluded that forest products are effective in the treatment of cancer.

Medicinal plants are important for a number of reasons. A large proportion of the world’s rural population depends on these plants for their health care needs [1]. They also provide the basic raw material for the production of traditional medicines [2,3]. The collection and processing of medicinal plants provide employment and income opportunities for a large number of people in rural areas [4]. The importance of traditional medicinal plants in conservation of biological diversity also merits attention [5].

WHO has been conducting studies on medicinal plants. These studies prompted the initial identification of 20000 species of medicinal plants and a more detailed investigation of a short list of 200 [6]. A great number of these plants have their origins in the world's tropical forests and their present use is largely rooted in traditional medicines which play a major part in maintaining the health and welfare of both rural and city dwellers in developing countries [7,8].

More than 60% of world’s total new annual cases occur in Africa, Asia and Central and South America. These regions account for 70% of the world’s cancer deaths. It is expected that annual cancer cases will rise from 14 million in 2012 to 22 million within the next two decades [9,10]. Consequently, there is need to institute measures that will ensure the availability of anticancer forest products in the forest of Southwest Nigeria and ensure the sustainability of the practice of the TMPs who use forest products to treat cancer.

It has been estimated that as many as 75% to 90% of the world’s rural people rely on herbal traditional medicine as their primary health care [6] and this is a source of income for the growers of such plants and the TMPs [11]. African flora is potential for new compounds with pharmacological activities. Such efforts have led to the isolation of several biologically active molecules that are in various stages of development as pharmaceuticals.

The main objective of this study is to evaluate the economic and medicinal value of forest products in the treatment of cancer in southwest Nigeria, particularly Ogun State and the specific objectives are:

1. To determine the availability of medicinal plants used for the treatment of cancer in Southwest Nigeria.

2. To determine the efficacy of some of the forest products used for the treatment of cancer in Southwest Nigeria.

3. To investigate the stakeholders’ socioeconomic characteristics and their involvement in the usage of forest products for the treatment of cancer in Southwest Nigeria.

4. To determine the factors that affect the income of the TMPs in the study area and the market structure of forest products used for the treatment of cancer in Southwest Nigeria.

For the purpose of data collection in this study, field trips, collection of available medicinal plant species used for the treatment of cancer, determination of their species type, oral interviews of Traditional Medicine Boards officials, administration of structured questionnaires on relevant target groups, that is, Traditional Medicine Practitioners (TMPs), Orthodox Medicine Practitioners (OMPs) and the General Public (GP) were carried out. Ethno medicinal surveys were also conducted in the study area for collection of data related to the medicinal use of forest products in the treatment of cancer in addition to the pharmacological screening of the plants to determine the level of their efficacy in the treatment of cancer and to validate the claims of the TMPs. To identify the locations with high concentration of TMPs in the Study Area, primary data were obtained through oral interviews of the officials of the Hospital Management Department of the Federal Ministry of Health, Federal college of Complementary and Alternative Medicine (FEDCAM), Abuja and the Nigeria Natural Medicine Development Agency, Lagos. Multistage sampling technique was employed. The South-Western Nigeria was first stratified into six states to produce primary units namely: Ekiti, Lagos, Ogun, Ondo, Osun and Oyo. Out of these primary units, Ogun State was purposively sampled because of the high concentration of TMPs in the State (Figure 1). 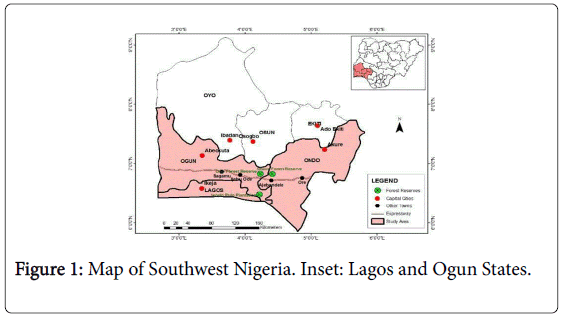 Table 1: List of plants used by the traditional medicine practitioners in the treatment of cancer. Estimated cost range=500-10,000 Naira/kg.

Table 1 shows that majority of the TMPs source their medicinal plants from free areas and rarely cultivate them. Table 1 shows that some of the plants are already scarce and species regeneration is by wilding. The Nigerian ecosystems are at greater risk of extinction if urgent attention is not given to the cultivation of medicinal plants [12,13]. Table 1 shows that 90% of the TMPs use the whole plant for treatment that is, they make use of the fruits, stems, barks and leaves at the same time. Table 1 also shows that the forest products used for the treatment of cancer are multipurpose; they are used as firewood, medicine, foods, chewing sticks and animal feeds (Agerantum conyzoides ). This corroborate the works of Adekunle [14].

Table 2 projects the second objective of this work, it shows that 90% of the TMPs use the green and dry forms of the forest products; afterwards they use water to soak or boil them. Also, using water the TMPs make juices from plants like Citrus medica, Morinda lucida, Vernonia amygdalina, Sida acuta and Agerantum conyzoides . Table 2 shows that 65% of the TMPs administer their medications twice daily while 23% of the TMPs adopt the thrice daily dosage. This helps to ensure frequent interactions and effective communication between the TMPs and their clients unlike the orthodox physicians [15-17]. Weekly wash is employed by 14% of the TMPs.

Table 2: The form and method of usage by the traditional medicine practitioners in the treatment of cancer.

Inferential Statistics is used to further achieve objectives three and four. Table 3 is the result of the regression analysis showing the relationship between the profit of the Traditional Medicine Practitioners (TMPs) and their demographic data. Three (3) functional forms of production model including linear, semi-log and Cobb- Douglas (double-log) functions were fitted for the regression analysis. This was done to select the function which gave the result with the best fit. The estimated functions were evaluated in terms of the statistical significance of the coefficient of multiple determination (R2) as indicated by F value, the significance of the coefficients and the magnitude of the standard errors. The R2 is the coefficient of multiple determinations which measures the extent to which the variation in the dependent variable is explained by the explanatory variables. The F-value measures the goodness of fit of the model. Based on these statistical and economic criteria, Cobb-Douglas functional form was selected as the lead equation. The coefficient of multiple determination (R2) obtained for the Cobb-Douglass, that is, 0.437 shows that 43.7% of the variation in the profit of the TMPs were explained by the included explanatory variables, while the remaining 56.3% unexplained was due to the variables not included in the model which was the error term. Number of patients received, total cost of production, age of the practitioners and their years of experience are the significant factors influencing the profit of the practitioners; each of these variables has positive sign, which suggests that an increase in these variables would lead to an increase in the profit of the practitioners.

Table 4 gives the regression analysis result showing the relationship between the profit of the Traditional Medicine Practitioners (TMPs) and some selected variables other than the demographic data of the practitioners. Number of patients per year, duration of treatment, remedy shelf-life, daily application, and time of harvest are shown to have significant positive influence on the profit of the TMPs, which suggests that an increase in these variables would lead to an increase in the profit of the TMPs. However, number of people referred is shown to have a significant negative influence on the profit suggesting that the more that number of people referred by the TMPs the lesser their profits just as it would be expected.

Table 4: Regression analysis showing relationship between some selected factors and the profits of the Traditional Medicine Practitioners.

Result of the economic analysis shows minimal competition in the anti-cancer forest product market and a high level of monopoly with a Gini coefficient of 0.83. Net profit was N650,769.98 (Table 6). Table 7 also shows Rate of Return (280.08%) and the Rate of Return on Investment (180.08%)indicating that the TMPs are making profit.

Table 8 shows the test result against cancer cell lines Hs578T while Doxorubicin (a synthetic anticancer drug) was used as the control treatment. Garcinia kola (Bark) did not exhibit significant anticancer effect even at a concentration of 10 μ1/m1 while Erythropleum sauveoleons was effective against the cancer cell line at 1 μ1/m1.

Forest products are effective in treatment of cancer; therefore, in order to achieve the millennium development goals on health; there is need for government to ensure the uniformity of herbal medicine practices. Factors such as, sources and identity of the plant, physical characteristics, chemical constituents, the pharmacological and biological activities of the crude drug and method of preparation, uses and storage, amongst others, need to be identified and documented. This study has justified the importance of plant species in the maintenance of ecosystem and as a source of livelihood for man.

Copyright: © 2017 Osunderu O. This is an open-access article distributed under the terms of the Creative Commons Attribution License, which permits unrestricted use, distribution, and reproduction in any medium, provided the original author and source are credited. 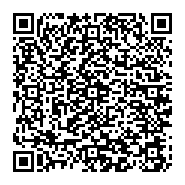