Adenosineis an important endogenous purine nucleosideand an essential component of the molecular energy generated from adenosine 5’-triphosphate (ATP). It acts as both a precursor and metabolite of adenine nucleotides. As every cell utilizes the energy generated from catabolism of ATP, adenosine is found ubiquitously in the body. It is also a signaling molecule in the cardiovascular system, and its role for cardioprotection and cardiovascular homeostasis has been studied for over 80 years [1-3]. Adenosine is also known as a “homeostatic metabolite in cardiac energy metabolism” [4] owing to its wide range of beneficial effects on the cardiovascular system [5] which include negative chronotropic and dromotropic effect in cardiac tissue, vasodilatation, inhibition of platelet aggregation, modulation of vascular smooth muscles and endothelium and induction of ischemic preconditioning [6]. Adenosine modulates these actions by interacting with adenosine receptors (AR), which are widely distributed throughout the body. It is believed that metabolic condition of the myocardium may be assessed quantitatively by the level of adenosine production which maintains a healthy balance between energy supply and demand in the cardiovascular system [7].

Under adverse conditions such as ischemia, hypoxia, trauma, seizure, inflammation and painful stress, there is an increased demand for energy which is met by the increased catabolismof ATP to AMP and subsequently adenosine resulting in elevated levels of adenosine in both extracellular and intracellular space [8,9]. The increased adenosine concentration ensures protection against further tissue damage or organ dysfunction [10]. There have been many studies both in animal models and humans to explore the cardiovascular effects of adenosine in the past few decades. These studies have laid the ground work and set the pace for future research on adenosine, adenosine agonists and adenosine re-uptake inhibitors as cardiovascular protective agents.

Adenosine Production and Metabolism Under Physiological Conditions in the Cardiovascular System

Under normal physiological conditions the main source of adenosine in intracellular and extracellular space is from catabolism of ATP to ADP and then to AMP, which is further catabolized by ecto and endo 5`nucleotidase to produce adenosine [11]. Another source of adenosine is from hydrolysis of S-adenosylhomocystein which is derived from the transmethylation pathway from S-adenosylmethionine [12]. Intracellular adenosine can undergo rephosphorylation to form AMP and other adenine nucleotides by adenosine kinase [13] or metabolized to inosine by adenosine deaminase respectively [14], which maintain low concentrations of adenosine under basal (normal) condition [11]. However, during ischemia/hypoxia or in extremely heavy workloads, there is an increased demand of energy such that an imbalance between energy supply and demand may occur which increases ATP breakdown to produce other high energy phosphates (e.g. ADP and AMP) [15]. This can cause an increase in adenosine production in the myocytes, vascular endothelium, smooth muscle cells [16] and in the RBC [17]. The adenosine released into the circulation is taken up rapidly by endothelial cells and red blood cells via nucleoside transporters and subsequently metabolized [18,19].

Adenosine is a key mediator in ischemia preconditioning which is an important factor responsible for cardiovascular protection [20]. Adenosine modulates its actions via membrane bound adenosine receptors which are coupled to G-protein and subdivided into 4 different subtypes: A1, A2a, A2b and A3 [21-23]. Cross-talks between the receptors are known to occur which self regulates and provokes a specific cardiovascular response. For example activation of A1 receptor induces vasoconstriction which counteracts the A2 mediated dilating effect on vascular tone [24]. Similarly, stimulation of the A2 receptor increases cardiac contractility which is attenuated by the response mediated via the A1 subtype [25]. On the other hand, it was suggested that cardioprotection from adenosine against myocardial infarction may be mediated via stimulation of the A1 receptor [26]. Further, there is evidence to suggest adenosine receptors may also interact with the opioid receptors which together protect cellular damage and cell death caused by ischemia-reperfusion injury [27].

Several lines of experimental studies have shown that adenosine plays a key role in reactive hyperemia [28] and cardioprotection by increasing coronary blood flow and attenuating the breakdown of ATP in myocardium during ischemia and facilitating its repletion when perfusion is restored during recovery [29-31]. However due to the rapid cellular uptake into RBC, myocardium and endotheliumby nucleoside transporters, pharmacological effects of adenosine are extremely short lived (<1 min) [19,32]. Several therapeutic strategies have been explored to prolong the action of adenosine. Intra-coronary infusion of adenosine was shown to offer cardioprotection in a rabbit model of ischemiaand reperfusion [33], but clinical application of this approach is restricted and not practical in most clinical settings. Another approach of exploiting adenosine is use of adenosine agonists which is much more stable and longer acting, but finding a suitable adenosine receptor agonist with optimum safety and efficacy profile for a specific cardiovascular disease condition remains a therapeutic challenge [2]. A further therapeutic strategy is to inhibit adenosine uptake by the transporter to exploit the beneficial properties of adenosine in the cardiovascular system [34]. Administration of exogenous adenosine in the presence of an inhibitor of the transporter such as calcium channel blockers or dipyridamole has been shown to enhance the action of adenosine in vivo in animal models as well as in patients [35-37]. These approaches may have important therapeutic implications and warrant further investigation.

It has been shown that nucleoside transport inhibitors (NTI) such as R75231 improves the functional recovery from an isolated rabbit heart model of ischemia followed by reperfusion [38]. Similarly, dipyridamole and other NTI such as dilazep have been shown to be protective in various animal models of myocardial ischemia, which may be mediated via adenosine A(1) receptor [39,40]. Further, anti-platelet agents including dipyridamole have been shown to reduce myocardial necrosis induced by epinephrine [41] and that lidoflazine was beneficial for coronary artery surgery [42]. It was suggested that the order of potency inhibiting adenosine uptake by RBC is draflazine ≥ dilazep >R75231>NBMPR>mioflazine=dipyridamole>lidoflazine [43]. Using mammalian cardiac myocytes, it was shown that adenosine attenuated the stimulatory effects of isoproterenol via blockade of calcium influx [44], which may explain at least partly the cardiovascular protective effect of calcium channel blockers [45-48], although these agents may also have a direct effect inhibiting the adenosine transporters [49].

Of the commonly used natural health products consumed regularly, omega-3 fatty acid, coenzyme Q10, ginseng products, resveratrol and other polyphenols appear to have most notable cardiovascular protective properties [50-57]. These products may act either directly or indirectly to enhance the protective effect of adenosine and ATP by moderating their uptake and/or metabolism. They may also enhance the cardiovascular protective effect of typical nucleoside transport inhibitors and adenosine receptor agonists via pharmacokinetic and/or pharmacodynamic interactions. Further studies identifying the natural products acting via this mechanism of action may help to identify and develop these products for cardiovascular protection and prevention.

The role of adenosine in cardiovascular protection in ischemia and reperfusion injury is well established. Pharmacologic tools such as the NTI have been used successfully in animal models and patients to increase extracellular adenosine concentrations and enhance the protective effect of endogenous adenosine. While adenosine kinase which metabolizes adenosine to adenosine monophosphate (AMP) has been advocated as a target for drug development for cardiovascular and metabolic diseases [13], adenosine transporters may also be exploited as a drug target to develop selective agents for cardiovascular prevention and protection [34,58]. The relationship between the nucleotide concentrations in the RBC and those of the myocardium, and the question whether or not ATP metabolism in the RBC may be used as a surrogate biomarker for energy balance in the body warrants further studies. Understanding these concepts and the linkages would enable us to explore further the potential of NTI and other cardiovascular agents for myocardial ischemia.

As natural products and nutraceuticals are increasingly used in our societies to enhance health and prevention of chronic diseases [59-63], there is an urgent need to understand their therapeutic potentials as well as the concerns of adverse effects and their interactions with traditional medicines. Many of these natural products may moderate ATP and energy metabolism in the body, which may be measured by the concentrations of adenosine and ATP in systemic circulation. It is possible and even probable we can exploit ATP metabolism in the RBC as a surrogate for energy metabolism in the body to identify the natural health products for cardiovascular protection and prevention, which will benefits millions of patients suffering from the chronic disease worldwide.

Copyright: © 2014 Kolathuru SS, et al. This is an open-access article distributed under the terms of the Creative Commons Attribution License, which permits unrestricted use, distribution, and reproduction in any medium, provided the original author and source are credited. 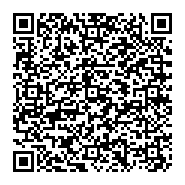