Matrix metalloproteinases (MMPs) also known as matrixins are a family of zinc metallo-endopeptidases secreted by cells and are responsible for much of the turnover of the matrix components. It is included in the “MB clan” of metallopeptidases containing the motif HEXXHXXGXXH as the zinc binding active site. They were first described in vertebrates in 1962 including Homo sapiens and later in non-vertebrate members such as sea urchins, soybeans, Caenorrhabdita elegans and Arabidopsis thaliana [1]. Matrixins consists of 26 members ranging from MMP-1 to MMP-28 including the membrane type matrix metalloproteinases and belong to the metzincin superfamily.

Copyright: © 2016 Gupta P. This is an open-access article distributed under the terms of the Creative Commons Attribution License, which permits unrestricted use, distribution, and reproduction in any medium, provided the original author and source are credited. 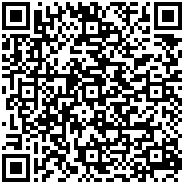