Outlooks on Medicinal Properties of Eugenol and its Synthetic Derivatives

Eugenol is found in essential oils of many plants. It belongs to a class of naturally occurring phenolic monoterpenoids, chemically it is an allyl chain-substituted guaiacol. Eugenol is a member of the phenylpropanoids class and is remarkably versatile molecule incorporated as a functional ingredient in several products and has found applications in the pharmaceutical, agricultural, fragrance, flavor, cosmetic and various other industries. Its vast range of pharmacological activities has been well-researched which include antimicrobial, anti-inflammatory, analgesic, antioxidant and anticancer activities. In present review we shortly summarize medicinal properties of Eugenol and its derivatives.

Eugenol (4-allyl-1-hydroxy-2-methoxybenzene) is a well-known natural product occurring in many angiospermic plants with a pleasant scent and spicy taste [1]. Eugenol shows aromatic flavour, that’s why it is called as aromatic phytochemical. Eugenol belongs to the group of phenylpropanes such as anethol, estragole and cinnamaldehyde, which is biosynthesizedvia the shikimate pathway. Eugenol is isolated from numerous aromatic plants [2-4] and used in perfumeries for spicy, clove-like and oriental-type fragrances. Eugenol is slightly soluble in water, a prerequisite for all medicinal uses [5,6]. It is used as a flavoring agent in the foods. Alike all phenols, eugenol is an antiseptic; used as disinfectant in mouthwash [7-9]. Due to its antiseptic and analgesic properties, it is used in dentistry; upon mixing with zinc oxide it forms cement for temporary fillings of the teeth [10-12]. Furthermore, eugenol and methyl eugenol are used as an insect attractant [13]. Together with other spice constituents, eugenol is under detailed investigation for its biologicaleffects in the human body [14,15].

Eugenol (1) isomer, namely isoeugenol (2) and methyl eugenol (3) also play vital role in devolvement of organic, medicinal, natural products, and carbohydrate chemistry. Isoeugenol (2) has been widely used as a key molecule for development of organic synthetic methodologies; similarly methyl eugenol (3) is used as a flavor in many food products, as a fragranceingredient in perfumes, toiletries, and detergents, and as insect attractant in some pesticide formulations. As such Eugenol is commercially available in large quantities [16,17]; and the specific structure and ready availability of eugenol has turned this natural product into an interesting starting material, a useful building block for complex synthesis, as well as a valuable substrate for various biotransformations [18]. The current review will highlight the medicinal biography of eugenol and its derivatives.

Being a major component of clove; taste of clove is imparted by the chemical eugenol [19]. Eugenol is a compound found in certain plants, such as basil, cinnamon, lemon balm, and nutmeg, however, it is primarily extracted from clove plants. On extraction, it appears as a clear yellow liquid that smells strongly as clove, the concentration of eugenol varies between 80-90% in clove bud oil and 82-88% in clover leaf oil [20]. Cloves are used in Indian ayurvedic medicine, Chinese medicine, and western herbalism and dentistry; where the essential oil is used as an anodyne (painkiller) for dental emergencies. Cloves are used as a carminative, to increase hydrochloric acid in the stomach and to improve peristalsis. Cloves are also said to be a natural anthelmintic [21]. The various basils have similar diverse scents, as the herbs have number of different essential oils that come together in different proportions in variety of breeds. The strong clove scent of sweet basil is derived from eugenol, the same chemical as actual cloves. The flavor of cinnamon is due to eugenol, mostly found in the leaves [22] (Figure 1).

Eugenol, the principal ingredient in clove oil, is a familiar aroma in many dental offices as it is frequently mixed into a paste and used in medicines [23,24]. It is clear pale yellow oil with a warm, pungent, yet pleasing aroma as the smell of bay leaves and clove. Generally, eugenol is isolated from clove oil; as concentration of eugenol in it is high up to 74.3% [25]. However, in recent year’s isolation of eugenol is achieved from some significant plants, such as Cinnamon, Ocimum tenuiflorum (Tulsi or Holy Basil).

Clove is one of the most important herbs in traditional medicine and its scientific name is Syzygium aromaticum. Commercial eugenol is derived by steam distillation and refinement of oil of clove bud and leaf, cinnamon leaf or basil [26,27]. Cinnamomum zeylanicum is one of the oldest herbal medicines mentioned in Chinese texts 4000 years ago [28]. Wong et al. have reported two methods for extraction of cinnamon’s essential oil, to study and identify the active compound of the essential oil and investigate the antimicrobial properties [29]. Holy Basil (Ocimum sanctum) is one of the most widely grown herbs for therapeutic use [30,31]. Hahn and Burkett reported extraction of eugenol from different preparations of Holy Basil [32].

Mikhailovskii et al. have suggested eugenol as a precursor for construction of isoquinoline synthetic alkaloid analogs (6-7) which were prepared earlier by cyclocondensation of nitriles with dialkylbenzylcarbinols via Ritter reaction [34].

Carrasco et al. have synthesized and reported acylated and nitro derivatives of eugenol (8-15) which showed remarkable antifungal activities, with non-targeted assays against a panel of human opportunistic pathogenic fungi. Accompanying studies on the structure-activity relationships are mainly associated to the influence of an allyl substituent at C-4, an OH group at C-1 and an OCH3 at C-2 or the presence of one or two NO2 groups in different positions of the benzene ring [35].

Rudyanto et al. have synthesized new 1,3-benzoxazine (16) and amino methyl compounds (17) from eugenol and investigated their brine shrimp lethality test (BST), where it was observed that the derivatives show negative results against BST [36]. Farias et al. has synthesized the distinct series of sixteen ether and ester derivatives of eugenol (18-19) through its structural modifications. Ether derivatives possessing alkyl or aryl groups substituting the hydroxyl group (19) presented promising activities as compared to the esters of eugenol [37].

Dallmeier et al. prepared nine new eugenol derivatives (20-28) and investigated anesthetic, hypothermic, myorelaxant and anticonvulsant effects on rats or mice; in addition to the pharmacological activity which appeared during the experiments. For comparative purposes the study was also extended on six naturally occurring eugenol analogues [38]. Tomasch et al. have design and synthesized novel cinnamic acid derivatives of eugenol containing dimethyl spacer and fluorophore moites (29) which were found to possess strong affinity towards hEP3Rs at nano molar conc. All the derivatives found to inhibit PGE2 and collagen induced platelet aggregation in different extent of series [39]. Fonseca-Berzal et al. have reported particular derivative containing quinoline moieties (30-31) attached to the phenolic oxygen of eugenol and isoeugenol, directly or through a spacer, which was found to be potentially useful as antitrypanosomics against Trypanosoma cruzi in order to generate antiparasitary agents [40].

Bar et al. have reported alkylation of the free phenolic group of eugenol and attachment of a substituted aromaticring to the end of the three-carbon side chain resulting in cytotoxic compounds (38-41) useful as breast cancer invasion inhibitors [45].

A number of substituted cinnamylphenol derivatives (42) containing eugenol moiety have been reported by Ito et al. and tested for inhibitory activities against in vitro Epstein-Barr virus early antigen activation induced by 12-O-tetradecanoylphorbol-13-acetate in Raji cells and results specified that some prenylated cinnamylphenol might be valuable as potential cancer chemo preventive agents [46]. Hernandez et al. have performed etherification on the free phenol of eugenol to construct new series (43) of phenoxyacetic, phenoxyethyl-amido and phenoxyethyl-amido moieties; and evaluated their hipolipidemic activities [47].

US Food and Drug Administration (FDA) has declared eugenol to be safe and considered non-carcinogenic and non-mutagenic; and Food and Agriculture Organization (FAO) and World Health Organization (WHO) have specified its permissible uptake limit per day upto 2.5 mg/kg body weight for humans [52,53]. Eugenol possesses anticancer activity against various types of cancers and reported to have excellent inhibitory effect against number of cancer cell lines [53]. Research of the last several years has demonstrated that the nuclear factor-kappa B (NF-κB), plays critical role in the regulation of more than 200 genes involved in inflammation, stress response, immune functions, apoptosis, cell proliferation, cell survival, metastasis, and angiogenesis [54,55]. Murakami and Yukio et al. have suggested a probable mechanism for the anti-inflammatory action of bis-eugenol, and suggested it to be potent inhibitor of NF-κB and useful for the chemoprevention of oral diseases [56]. Ghosh and Rita et al. have screened eugenol and isoeugenol for antiproliferative activity toward melanoma cells. The results suggested that eugenol (4-allyl-2- methoxyphenol) has ability to inhibit proliferation of melanoma cells. Eugenol but not its isomer, isoeugenol (2-methoxy-4-propenylphenol), was found to be a potent inhibitor of melanoma cell proliferation [57]. Yoo et al. established the mechanism of anticancer activity of Eugenol for the first time, i.e., eugenol induces apoptosis through Reactive Oxygen Species (ROS) and mitochondria-dependent mechanism, and expressed a possibility to develop it as chemotherapeutic or chemo preventive agent [58]. Manikandan et al. investigated the modulatory effects of eugenol on the expression NF-κB family members ((NF-κB, p50 and p65), IκBα, phosphorylated IκBα, pIκB-α; IκB kinase β, IKKβ) and the NF-κB target genes in a rat model of gastric carcinogenesis and provided evidence that the protective effect of eugenol is due to its ability to inhibit NF-κB activation [59]. Vidhya et al. reported cytotoxic activity of eugenol and its mechanism to induce cell death in human breast cancer cells, where inhibition of the growth was found to be dose and time dependent [60].

Role of Eugenol in Dentistry

The first type of provisional cement consisting of mixed zinc oxide powder and eugenol liquid, creating a paste-like consistency was introduced in 1933. However, the ratio of the powder to liquid varied and caused inconsistent viscosities. Originally added for its sedative property, eugenol liquid provided an obtundent effect to help the pulp “relax” after trauma from tooth preparation [61,62] (Figure 2).

Presently zinc oxide eugenol cement (ZOE) has been widely used in dentistry for indirect pulp capping, and as a temporary filling and root canal sealer [63]. Eugenol is known to be an antioxidant and anti-inflammatory agent. However, eugenol at high concentrations has been reported to have some cytotoxic properties [63]. Guenette et al. investigated the pharmacokinetics (PK) and anesthetic effects of eugenol with increasing dose levels in male Sprague–Dawley rats [64]. Park et al. have investigated the effects of eugenol on pain behaviors in orofacial area, and as an attempt to explicate its mechanism and characterized inhibitory effects of eugenol on VGSCs in trigeminal ganglion (TG) neurons [65].

Eugenol is simple phytochemical constituent, exhibiting highly potent anticancer activities that have been attributed to their effects on multiple signaling and apoptotic pathways. The potent medicinal activities of eugenol and its derivatives have in particular, attracted a lot of attention recently. Studies have shown the efficacy of eugenol against a number of different microorganisms of different origin. These findings indicated a possible use of eugenol as therapeutic tool against a wide variety of diseases. The promising numbers on therapeutic potential of phenolic Eugenol is encouraging and further investigations are needed to fully realize the potential of these derivatives in human health and diseases.

We sincerely acknowledge our colleagues and friends for their valuable suggestions and helpful discussions. We would like to thank our present co-worker Dr. Subhash Padhye. We are grateful to UGC and CSIR, New Delhi for funding our research projects at present times.

Copyright: © 2016 Bendre RS, et al. This is an open-access article distributed under the terms of the Creative Commons Attribution License, which permits unrestricted use, distribution, and reproduction in any medium, provided the original author and source are credited. 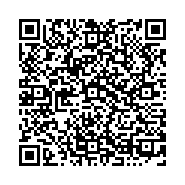