Imidazole is a highly polar (dipole moment 3.61D) one of the fivemembered nitrogen containing heterocyclic ring, which is soluble in both organic and inorganic polar solvents. It is amphoteric in nature and aromatic in character due to the presence of 6 π-electrons. The nitrogen attached with the hydrogen has a lone pair of electrons bringing the required 6 π-electrons for aromaticity. The hydrogen atom can be located on either of the two nitrogen atoms due to resonance structures of imidazole [1]. Synthetic chemistry based on medicinal compounds concerned with the properties of the starting building blocks, their development and evaluation of biological activity. The biological activity of the compounds mainly depends upon the starting material and mechanism is well-studied at the molecular level [2]. The introduction of imidazole nucleus a conventional pharmacophore in medicinal compounds have made it versatile heterocyclic nucleus possessing wide range of biological activities. Imidazole, the core of naturally occurring nucleotides, is responsible for their numerous biological activities that allows them to interact easily with the biopolymers of the living system and functions [3]. Substituted imidazole have good antibacterial activity which revealed good inhibition against various tested microbial strains. Vijesh et al. reported that some of the imidazole derivatives (3-aryl-1H-imidazole- 4-carbaldehyde thiosemicarbazones) have excellent activity even better than standard drug, i.e., streptomycin against Pseudomonas aeruginosa and Clostridium perfringens [4]. Ucucu et al. had reported that synthetic 1-benzyl-2-substituted-4,5-diphenyl-1H-imidazole derivative worked well as analgesic on Swiss albino mice of both sexes. One of the derivative of imidazole has shown responses very close to morphine [5]. A newly synthesized compound, N-cyano substituted imidazole derivatives has shown fungicidal activities against Rhizoctonia solani, at a concentration of 50 μg/mL. This compound has identified as the most potent candidate with an EC50 of 2.63 μg/mL against Rhizoctonia Solani [6]. Yang et al. has been reported that substitution of the imidazolyl-3-position with a naphthylacyl or bromophenacyl group, vital for modifying its cytotoxic activity [7].

The chemical or physical stability is the most anticipated quality of a molecule to be used in pharmaceutical purposes. In order to increase its shelf life and effectiveness there is a need to increase the stability of the compound both chemically as well as physically. The stability could be enhanced by Mr. Trivedi’s biofield treatment which is already known to alter the physical, and structural properties of various living and non-living substances [8]. The biofield is the electromagnetic field which surrounds the human body can be harnessed from the universe and have applied on materials by experts in a controlled way to make the changes [9,10]. This phenomenon is experimentally demonstrated by researchers using medical technologies such as electromyography, electrocardiography and electroencephalogram [9]. Mr. Trivedi has the ability to harness the energy from the universe and can transmit into any object, living or nonliving things [11]. Mr. Trivedi’s unique biofield treatment is also known as The Trivedi Effect® which has been applied in various research fields including microbiology [12], agriculture, [13,14] and biotechnology [15]. The stability of the complexes with both imidazole derivatives taken for this study depends mostly on the substituent situated between the nitrogen atoms of the imidazole ring [16]. Imidazole containing organic materials have better solubility in common polar organic and inorganic solvents compared to other heterocyclic moieties [17]. So in this study, Mr. Trivedi’s biofield treatment was applied to treat imidazole derivatives for evaluation of their physical, thermal and spectral properties as compared to control.

XRD analysis was carried out on Phillips, Holland PW 1710 X-ray diffractometer system, with radiation of wavelength 1.54056 Å. The crystallite size (G) was calculated by using formula:

Here, λ is the wavelength of radiation, b is full width half maximum (FWHM) of peaks and k is the equipment constant (=0.94). The average value of G was taken for both control (Gc) and treated (Gt) samples to calculate % change in crystallite size.

Where, ΔH Control and ΔH Treated are the latent heat of fusion of control and treated samples, respectively.

Where, Tmax, control and Tmax, treated are temperature at which maximum weight loss occurs in control and treated sample, respectively.

FT-IR spectra were acquired on Shimadzu’s Fourier transform infrared spectrometer (Japan) with frequency range of 500-4000 cm-1. The imidazole derivatives were run as pressed disks using KBr as the diluent.

Photophysical properties were studied by Shimadzu UV-2400 PC series spectrophotometer with 1 cm quartz cell and a slit width of 2.0 nm, wavelength was in the range of 200-400 nm.

The Gas chromatography-Mass spectrometry (GC-MS) analysis was performed on Perkin Elmer/auto system XL with Turbo Mass, USA, having detection limit up to 1 picogram. For GC-MS analysis the treated samples were further divided into four parts as T1, T2, T3 and T4. The GC-MS data was obtained in the form of % abundance vs. mass to charge ratio (m/z), which is known as mass spectrum. The isotopic ratio of PM+1/PM was expressed by its deviation in treated samples as compared to the control. The collective effect of the isotopic abundance ratio of (PM+1/PM) of treated samples were calculated from the following formula:

Where, RTreated and RControl are the ratio of intensity of masses from the mass spectrometry for treated and control samples respectively. 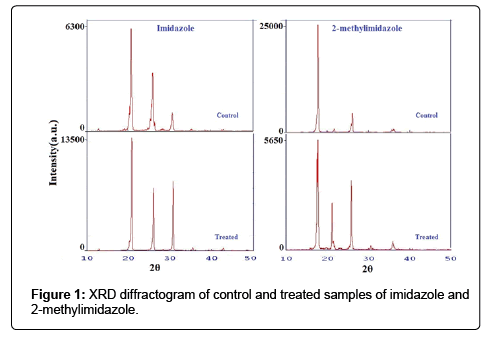 Figure 1: XRD diffractogram of control and treated samples of imidazole and 2-methylimidazole.

Table 1: XRD analysis of control and treated samples of imidazole and 2-methylimidazole. -: Not reported.

The DSC analysis results of control and treated samples of imidazole and its derivative are presented in Table 2. The latent heat of fusion (ΔH), was increased for imidazole molecule from 158.8 to 159.5 J/g whereas, ΔH decreased from 137.2 J/g (control) to 106 J/g (treated) for 2-methylimidazole. There may be biofield energy favoring a strong ‘C-H····N’ H-binding interaction of methyl hydrogen in 2-methylimidazole. Higher melting point of 2-methylimidazole compared to imidazole was attributed to stronger H-bonding interactions via methyl ‘H’ atoms and ring ‘N’ atoms [21]. This result cannot be seen in imidazole as the ‘methyl-H’ portion is absent in this molecule. As a result, treated 2-methyl imidazole sample needed less energy in the form of ΔH to undergo the process of melting. However, imidazole does not have methyl group and any changes in ΔH have not seen of melting for control and treated samples. The DSC result of treated imidazole (90.19°C) did not show significant change in melting temperature as compared to control 89.86°C. However, melting point of 2-methylimidazole was increased 147°C as compared to control (145°C), i.e., change in 1.4% [22]. It is hypothised that biofield energy may be absorbed by 2-methylimidazole molecule which possibly lowered the torsional strain exerted by the methyl-H atoms.

Table 2: DSC analysis of control and treated samples of imidazole and 2-methylimidazole.

TGA thermogram (Figure 2a) showed that treated imidazole compound was less thermally stable than control sample. The onset degradation temperature for imidazole was at 170°C for control but 160°C for treated sample. The end-set degradation temperature was observed at 250°C for control and 235°C for treated sample, respectively. The decrease in thermal stability of imidazole to 6% may have increased the reactivity which may contribute to the lesser reaction time and temperature in production of imidazole derivatives. Figure 2a: TGA thermogram of control and treated imidazole. Figure 2b: TGA thermogram of control and treated 2-methylimidazole.

UV spectra of control and biofield treated imidazole and 2-methyl imidazole are shown in Figure 3. Imidazole derivatives absorb UV light due to the presence of conjugated pi (π) bonding systems (π - π* transition) and nonbonding electron system (n - π* transition). There are certain energy gaps between π - π* and n - π* orbitals. From the above experiments, it was observed that negligible structural changes occurred in treated samples as compared to control, which was not sufficiently large to alter UV-Visible spectral properties in solution state. Treated sample of imidazole (Figure 3) exhibited hypsochromic effect (1 nm change) in absorbance maxima (λmax) at 207 nm compared to control at 208 nm. Whereas, treated 2-methylimidazole exhibited bathochromic shift at the absorbance maxima (λmax) 206 nm compared to 205 nm for control. Figure 3: UV spectra of control and treated samples of imidazole and 2-methylimidazole. Figure 4a: FT-IR spectra of control and treated samples of imidazole. Figure 4b: FT-IR spectra of control and treated samples of 2-methylimidazole.

The mass spectrum of control and treated samples of imidazole and 2-methylimidazole are shown in Figures 5a-5d. Treated samples were divided into four parts (T1, T2, T3 and T4) and analyzed at different times. Isotopic abundance ratio of 13C/12C or 15N/14N or 2H/1H (PM+1/ PM) in imidazole, determined using equation (1) is shown in Table 3. Figure 5a: GC-MS spectra of control and treated (T1 and T2) samples of imidazole. Figure 5b: GC-MS spectra of treated (T3 and T4) samples of imidazole. In summary, the biofield treatment offers a remarkable means to alter the properties of imidazole and 2-methylimidazole at molecular level. Due to biofield treatment on 2-methylimidazole, crystallite size was significantly increased up to 166.68% by means of increasing the volume of unit cell in a crystal but imidazole has very small change in crystallite size up to 6.5% in XRD study. GC-MS data revealed that isotopic abundance ratio of 13C/12C or 15N/14N or 2H/1H (PM+1/PM) of treated imidazole was significantly changed 232.51% of T4 sample as compared to control, however, treated 2-methylimidazole showed a minor change (1.68%) as compared to control. It is assumed that the enhancement in thermal stability of 2-methylimidazole could be more useful as a building block in various pharmaceutical products and biopolymers of pharmaceutical importance, which ultimately affect the shelf-life and efficacy of drug. Moreover, the treated imidazole found to be thermally less stable compared to control may be useful as reaction intermediate for various chemical reactions or it can be converted to 2-substituted imidazole for better stability. Furthermore, due to high isotopic abundance ratio of 13C/12C or 15N/14N or 2H/1H (PM+1/PM) of treated (T4) imidazole, bond might have highly stable with higher binding energy may lead to higher chemical stability than the control.

The authors would like to acknowledge the whole team of MGV Pharmacy College, Nashik for providing the instrumental facility. We would also like to thank Trivedi ScienceTM, Trivedi Master WellnessTM and Trivedi Testimonials for their support during the work. 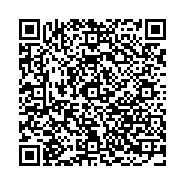