Myrtus communis L. (Myrtaceae) is an evergreen shrub, typical of the Mediterranean regions, which grows spontaneously in many countries, the scientific name for this Myrtus communis L. is taken from its Persian name. It is traditionally used as an antiseptic, antimicrobial, disinfectant drug and hypoglycaemic agent [1]. Different parts of this plant find various widely uses in the food industry, such as for flavouring meat and sauces, and in the cosmetic industry and so on [2]. Common myrtle belongs to the Myrtaceae family, which include approximately 145 genera and over 5500 species [3]. The genus Myrtus includes the flowering plant with near 16 species reported in areas of the Middle East and Asia [4]. M. communis L. known in fact myrtle is one of the main aromatic and medicinal species of this family. It is an evergreen sclerophyll shrub or small tree, 1.8-2.5 m height, with a small bush and deeply fissured grove [5]. True Myrtle is characterized by its branches, which form a close full head, gross covered with ovate or lanceolate evergreen leaves. Their leaves are 3-5 cm long and include tannins, flavonoids and volatile oils [6]. This part is a so aromatic plant since of the high essential oil content in its leaf, flower and fruit glands. It has solitary auxiliaries white or rosy flowers followed by black a several-seeded berry, which is globular in shape with dark red to violet in color [7]. There are two major fruits according to whether the color dark or white. The dark color is more current, but there are as well cultivated white-colored types, which they have yielded much bigger fruit than their wild counterparts [8]. Myrtle grows abundantly from the northwestern to the eastern Mediterranean, including bordering countries and western Asia, also Aegean regions [9]. Myrtles native to Southern Europe, North Africa and western Asia. It is also distributed in Southern America, Northwestern Himalaya and Australia. Myrtle is cultivated in gardens, especially in the Northwest Indian region, because of its odor flowers [10]. Myrtle has been used since ancient times as a spice, also for medicinal, antiseptic, food preparation and spice purposes. Myrtle as a condiment finds no wide application because of its bitterness, despite the pleasant odor. The taste is very intense, quite nasty and strongly bitter, so its culinary application is limited to the region of origin, such as Italy [11,12]. Its berries and leaves are usually used for the industrial formulation of sweet liquors with advertising digestive properties [13,14]. Its leaves are very fragrant and have been extensively employed in the perfume and cosmetic industries, particularly in Portugal [15] and Turkey [6]. It is traditionally used as an antiseptic, disinfectant and hypoglycemic agent [1]. Generally, in folk medicine, a decoction of leaves and fruits is used orally for the treatment of stomach aches, hypoglycaemia, disbiosis, cough, constipation, poor appetite, as well as also externally for wound healing [16]. Essential oils are aromatic and volatile compounds found only in 11% of the plant kingdom [17]. Essential oils and their components can be very hopeful biological agents, to their relative safety, wide acceptation by consumers and exploitation of potential multi-purpose use [18]. They are stored in plants in special fragile secretory structures, such as glands, secretory hairs, secretory ducts, secretory pit or resin ducts [19-22]. The total essential oil content of plants is generally so low and scarcely more than 1% of biomass [23]. For example, the essential oil yields in leaf stalk and flower of M. communis var. Italical were respectively 0.61%, 0.08% and 0.30% (w/w) [24]. Essential oils are hydrophobic and thus only slightly solvable in water. They are soluble in alcohol, non-polar or weakly polar solvents, beeswax, and oils. Most essential oils are colorless or light yellow, liquid and have a lower density than water [25]. Essential oils are complex mixtures containing many diverse compounds. Chemically they are derived from terpenes and their oxygenated compounds [26]. The chemical composition of the myrtle essential oil has been explained by many authors [2,27-29]. Compounds that have been found in myrtle oils include E-2-hexenal, Z-3-hexenol, hexanol, tricyclene, α-thujene, α-pinene, sabinene, β- pinene, myrcene, δ-3-carene, α-terpinene, p-cymene, limonene, 1,8- cineole, E-β-ocimene, E-oxide, terpinolene, linalool, terpinene-4-ol, borneol, p-cymene-8-ol, α-terpineol, myrtenol, nerol, cis-carveol, geraniol, linalylacetate, bornyl acetate, eugenol, myrtenyl acetate, α- terpinyl acetate, geranyl acetate, neryl acetate, methyl eugenol, β- caryophyllene, α-humulene, allo-aromadendrene, germacrene-D, caryophyllene oxide and camphene.

In June with the use of plant distribution maps for Myrtus communis L. five regions for sampling was selected. The different geographical characteristics of these regions were measured. Latitude, longitude and altitude to the global coordinate system (GPS) were measured (Table 1). Then samples (leaf and twigs) were dried away from the sun for ten days. Dried leaves transferred to the Phyto chemistry Laboratory and extraction essential oils by Clevenger for 3 hours. Finally, essential oils after dehydration kept in the dark glass bottle in the refrigerator (in 4ºC). Percentage of essential oils in this studied population were shown in Table 2.

Preparation of the extracts

The aqueous extract was obtained as follows: 80 ml of water added in 10 g of plant material in a round-bottomed flask, then put it on the electric mixer for 24 h. Then it was a smooth operation and filtered by Whatman paper No. 42.

Preparation of the culture medium

Based on the directions on the container culture media, culture media powder is dissolved in distilled water and heater stirred until the boil, Then the flask door closed with cotton for 20 min at 121°C inside the autoclave to be sterilized. After leaving autoclave poured about 15 ml of culture medium in each plate after cooling to keep in the refrigerator. Broth as the liquid culture medium is not necessary to pour plates can be directly stored in the fridge after sterilization and cooling.

Analysis of the essential oils

To determine the composition of the essential oils of the leaves was used gas chromatography and gas chromatography (Agilent, Model N 6890) connected mass spectrometry (GC-MS). HPS column (30 meter), its diameter was 250 micrometers and thickness of stationary phase 0.25 m. Helium was used as the carrier gas at a flow rate of 1.0 ml/min. Diluted samples (1/100 in n-Hexan, v/v) of 1 μl were injected manually in split mode (split ratio 1/30). Oven temperature was programmed from 50 to 220ºC at a rate of 5ºC/min and from 220ºC to 280ºC at a rate 20ºC/min and held at for 2 min. Oil constituents were identified by MS data obtained from Wiley (http://eu.wiley. com/ wileycad/wileyTitle/productCd.htm) and NIST (http://www.nist.gov/srd/nist1a.htm) libraries.

In-vitro biological activity of the extracts against two Gram negative bacteria such as Escherichia coli (ATCC 25922) and Pseudomonas aeroginosa (ATCC 9027) and Gram-positive bacteria including S. Bacillus subtilis (ATCC: 6633) and also a fungal strain such as A. oryzae , were carried out using the disk diffusion method [30,31]. For this mean, the Petri dishes were prepared as follows: i) a layer of culture medium (Muller Hinton Agar (Merck, Germany) for bacterial strains and Sabouraud dextrose agar (SDA) for fungal strains was poured on the surface of plates, ii) 100 μl of spore suspension of bacteria and/or fungi including nearly 0.5 × 106 colony-forming units (CFU/ml) was inoculated on the surface of culture medium, iii) The prepared discs (that had been soaked in the various concentrations of Extracts; 12.5, 25 and 50 mg/ml in physiological saline) were placed at different positions on a surface of plates. Then, the plates were incubated at 37 ºC for 24 h for bacterial strains and 27 ºC for three days for Aspergillus oryzae [32,33]. Antimicrobial activities of extracts were evaluated based on the diameter of the zone of inhibition (mm) and listed in Table 8. Amoxicillin, Erythromycin, Fluoxamine and Cephalexin were used as reference bactericidal drugs (positive controls) Table 9.

Table 8: Diameter of zone of inhibition (mm) of extracts in studied populations.

Table 9: Diameter of the zone of inhibition (mm) of Antibiotics.

This paper deals with the Environmental variation of the essential oil M. communis L. grown in South West region of Zagros. It should be noted that plants from this location are examined for the first time. The monoterpene fraction is the main chemical group of the essential oil in all populations. Essential oils of different populations have a series of compounds are similar and different in terms of quality and quantity. The essential oils are made of a complex mix of chemical compounds that those are different in terms of chemical compounds. In fact, there are a variety of organic compounds such as hydrocarbons, alcohols, ketones, aldehydes, ethers, esters, oxides and other volatile oil and so on. Percentage of essential oil in different regions is different. The results show that extracts have the good antibacterial activity against all studied bacteria strains. Antibacterial activities of Basht, Dehno-Rostam, Sarab-Bahram and Keveshk populations were similar and have the most effect on Pseudomonas aeruginosa, Escherichia coli and Bacillus subtilis , respectively. The antibacterial activity of the Tangeh- Tamoradi population was different and has the greatest effect on the Pseudomonas aeruginosa, Bacillus subtilis and Escherichia coli , respectively. The Aqueous extracts of those populations have not any antifungal activity against Aspergillus oryzae . This study shows that the combination of some Myrtus (Myrtus communis ) populations in a different area can vary in terms of quality and quantity that these differences could be due to genetic or non-genetic factors. The result shows the aqueous extracts of Myrtus communis L. populations weren’t a good alternative for antibiotics. The present results exhort additional and more in-depth studies on the phenolic, fat acid, glucoside and terpenoids composition of the plant extracts and assessment of the antibacterial activity of each compound separately also other biological properties.

This work was carried out with the financial support of Yasouj University (YU).

Copyright: © 2017 Salimi Beni A, et al. This is an open-access article distributed under the terms of the Creative Commons Attribution License, which permits unrestricted use, distribution, and reproduction in any medium, provided the original author and source are credited. 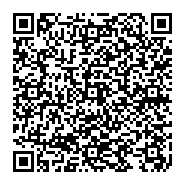