Globimetula braunii is a bushy parasitic plant growing on Terminalia catappa, which has a variety of use in African traditional medicine. The leaves of the plant was subjected to preliminary phytochemical analysis, Acute Toxicity studies and analgesic activity using Hot plate and acetic acid induced pain method in mice, while the anti-inflammatory activity was tested using Carrageenan-induced paw oedema in rats. The Phytochemical analysis of the ethanolic leaf extract of Globimetula braunii revealed the presence of Carbohydrate, Steriods, Triterpenes, Tannins, Saponins, Alkaloids and Flavonoids; The LD50 was found to be greater than 5000 mg/kg which shows that the plant extract is relatively safe. The results from the Hot-plate method showed that the extract was statistically significant at (p<0.02 and p<0.01), this shows that there is increase in the latency of pain in the extract compare to standard drug pentazocine (20 mg/kg), while the Acetic acid induced method the extract was statistically significant at (p<0.02) with a percentage of inhibition of 65.5%, 65.2%, and 67.7% at the doses of 12.5 mg/kg, 25 mg/kg, and 50 mg/kg compared with the standard drug piroxicam (10 mg/kg) with a percentage inhibition of 54.3%. The extract was also found to significantly (P<0.05) inhibit oedema at all doses: 250 mg/kg, 500 mg/kg and 1000 mg/kg. This shows that the plant contains phytochemical constituent with analgesic and anti-inflammatory activities.

Medicinal herbs have been used as a form of therapy for the relief of pain throughout history [1]. The treatment of rheumatic disorder is an area in which the practitioners of traditional medicine enjoy patronage and success. Natural products in general and medicinal plants in particular, are believed to be an important source of new chemical substances with potential therapeutic efficacy [2]. Pain has is defined as an unpleasant sensory and emotional experience associated with actual or potential tissue damage. It is always a warning signal and primarily protective in nature but often causes a lot of discomfort and lead to many adverse effects [3]. The plant Globimetula braunii (Engler) Van Tieghem (Family: Loranthaceae) is a semi-parasitic shrubs that grows on various trees with woody stem. The leaves are simple, leathery and evergreen. It attaches itself to the host by woody suckers often regarded as adventitious roots. It is distributed mainly in the tropics, but also found in the temperate regions [4]. The plant is a common sight in many parts of West Africa, particularly in plantation of cocoa (Theobroma cacao), kola (Cola acuminata) and Terminalia catapa where wide branches are often covered with this pest [5]. It is commonly called mistletoe. Yoruba people of south west Nigeria called it Afono onishano, while Hausa speaking people of Northern Nigeria called it Kauchi [6]. In developing countries like Nigeria where conventional health care is not given adequate attention, G. braunii is used by traditional healers in to treat various diseases such as cardiovascular diseases, diabetes, headache, chest pain, leg pain, pulmonary problems and sickle cell anaemia [6]. Previous studies showed that the leaves of the plant contains Tannins, anthraquinone, alkaloids, steroids, saponins, and cyanogenetic glycoside [7,8] Although there is a paucity of information on the biological activities of this species, biological studies of G. braunii growing on some host plants were reported which include hypoglycaemic effect [9], and antioxidant effect [10]. To the best of our intensive literature search, this plant has not been investigated for analgesic potential despite the folkloric claims. Therefore, this research work aims at establishing scientific basis for the folkloric use of the plant as an analgesic agent.

Collection and identification of materials

The leaves of G. braunii growing on Terminalia catapa were collected in the month April, 2013, at the fields of Ahmadu Bello University Zaria, Nigeria. The plant was identified by Mallam U.S. Gallah of the Herbarium Unit, Department of Biological Sciences, Ahmadu Bello University Zaria, Nigeria, (Voucher specimen number 007). The plant material was air dried under shade until constant weight was obtained and size reduced manually using clean mortar and pestle.

Preparation of the extract

250 g of the plant material was subjected to cold maceration using 75% water for 24 hours. Then the extract was filtered using Whatman Filter paper (No. 1) and the filtrate was evaporated under reduced pressure and dried to afford 8.20 g (%w/w) of a brownish residue referred to as Crude Ethanol Extract.

Swiss albino mice of either sex weighing 20-25 g were obtained from the Animal House, Department of Pharmacology and Therapeutics, Faculty of Pharmaceutical Sciences, Ahmadu Bello University, Zaria Nigeria. The animals were stabilized for 1 week; they were maintained at room temperature. They were provided with standard animal feed and water throughout the course of study. The experiments were carried out between the period of 9:00 and 16:00 hours in a quite laboratory.

Acute toxicity studies was carried out using Lorke method (1983) and the studies was divided into two phase. In first phase, nine mice were divided into three groups of three mice each. Group I received 10 mg/kg of the extract while Group 2 and 3 received 100 mg/kg and 1000 mg/kg respectively. The mice were observed for symptoms of toxicity for the first 4 h, then mortality for 24 h. The second phase of this experiment was carried out based on the outcome of the first phase. Three mice were weighed and divided into three groups of one mouse each. Group 1 received extract at the dose of 1600 mg/kg, while group 2 and 3 received the extract at the dose of 2900 mg/kg, 5000 mg/ kg respectively. The animals were observed for 24 h and the LD50 was calculated as the geometric mean of the doses for which 0 and 100% survival rate occurred [12].

The method described by ref. [13] was adopted. Thirty mice were divided into five groups each containing six mice. The first group served as a negative control and received 10 ml/kg, i.p. of normal saline and the second group served as a positive control group which received piroxicam 10 mg/kg i.p. The test groups were treated with 12.5 mg/kg, 25 mg/kg, 50 mg/kg i.p. After 30 minutes of drug administration, all the groups were treated with 0.2 mls 0.6% v/v acetic acid i.p. the number of abdominal contractions was counted for each mouse for the period of 10 minutes with a tally counter.

The percentage inhibition of abdominal contraction was calculated using this formula;

The method described by ref. [14] was adopted. Thirty mice were divided into five groups each containing six mice. Group 1 served as a negative control and received 10 ml/kg of normal saline i.p. and the second group which served as a positive control group received pentazocine 20 mg/kg i.p. The test groups received 12.5, 25 and 50 mg/ kg i.p. respectively of the extract; the mice were placed on the hot plate maintained at 55°C ± 1°C. Reaction time of animals was noted down at 30, 60, 90, 120 and 150 mins after the treatment. The basal reaction time was taken by observing hind paw licking or jump response (whichever appear first) in animals while placed on the hot plate. A cut off period of 10 seconds was observed to avoid damage to the paws.

The test was conducted according to the method described by ref. [15]. Wistar rats were divided into five groups each containing five rats. The first group received normal saline (10 mlkg-1), i.p. Groups two, three and four were given 6.25, 12.5 and 25.0 mg/kg body weight i.p. respectively of the plant extract, while the fifth group received ketoprofen 10 mg per kg i.p. 30 min later, 0.1 ml of freshly prepared carrageenan suspension (1% w/v in 0.9% normal saline) was injected into the sub plantar region of the left hind paw of each rat. The paw diameter was measured with the aid of a vernier caliper at 0, 1, 2, 3, 4 and 5 h, after the injection of carrageenan. The difference between the readings at time 0 h and different time interval was taken as the thickness of oedema.

The data were expressed as mean ± SEM. Results were analysed statistically by One-way ANOVA followed by Tukey’s multiple comparison using SPSS software. The difference was considered significant at p<0.05.

Phytochemical constituents of the leaves of Globimetula braunii

Table 2 shows the results of the analgesic studies of Leaf Extract of Globimetula braunii Leaf.

The phytochemical studies revealed that the ethanol extract of Globimetula braunii contains revealed the presence of carbohydrates, steroids, triterpenes, tannins, saponins, alkaloids, flavonoids, and antraquinones. Flavonoids, tannins and saponins have been reported to possess analgesic and anti-inflammatory activities [16,17]. It is, therefore, possible to suggest that these phytochemical constituents, found to be present in the ethanol extracts of Globimetula braunii may be responsible for the observed effects. The relatively high oral median lethal dose (LD50) in mice (greater than 5000 mg/kg) suggests that the extract is relatively nontoxic when taken orally [12]. Drugs derived from plant origin are considered less toxic and exhibit fewer side effects compared to the synthetic ones [18]. Acetic acid induced abdominal contraction method has been used to evaluate peripherally acting analgesics. In acetic acid induced method pain is generated indirectly via endogenous mediators like prostaglandin, which stimulates peripheral nociceptive neurons. These neuronal fibers are sensitive to both narcotics and non-steroidal anti-inflammatory drugs [19]. The result of acetic acid induced method revealed that the extract treated groups have statisticaly significant effect (p<0.02) when compared with the normal saline group. The ethanol leave extract of Globimetula braunii had the highest percentage protection of 69.5% at the dose of 25 mg/kg, at the dose of 12.5 mg/kg and 50 mg/kg it gave 65.2% and 67.7%, while the standard drug (piroxicam 10 mg/kg) gave the lowest percentage protection of 54.34%. This implies that the extract have more analgesic property which can be compared to that of the standard drugs and may be useful in the treatment of pain. The result of the hot plate method showed the extract showed statistically significant (P<0.02) and (p< 0.01 increase in reaction time while compared to control at 60 minutes and 90 minutes when compared with the standard drug (pentazocine). This showed that pentazocine has a lower percentage inhibition than the plant extract, this might be due to the fact that pentazocine is a mixed agonist/antagonist analgesic which acts as agonist on kappa receptor and a weak opioid antagonist on Mu receptor [20] while the ethanolic extract of Globimetula braunii leaf might probably act on kappa and Mu receptor as agonist. It is an established fact that any agent which causes a prolongation of hot plate latency using this test might be acting centrally [21]. The extract caused marked inhibition of carrageenan induced oedema in rats. Carrageenan induced inflammation is believed to be biphasic, the early phase (1-2 h) is mainly mediated by histamine, serotonin and increased synthesis of prostaglandins in the damaged tissue surroundings, the late phase is sustained by prostaglandins released and mediated by bradykinin, leukotrienes, polymorphonuclear cells and prostaglandins produced by tissue macrophages [22]. The inhibitory effect of the extract 20 mg/kg on carageenan induced inflammation over period of 4 h is similar to the effect of most non-steroidal anti-inflammatory drugs. This suggests that it acts in later phase probably involving arachidonic acid metabolites which produce oedema dependent on neutrophils mobilization [23]. The analgesic and anti-inflammatory effect of the plant extract May therefore, be due to the presence of flavonoids, tannins, alkaloid or saponins [24-25]. However, further studies are in progress in our laboratory to isolate the active constituents responsible for the observed effect, and to elucidate the possible mechanisms of action responsible for the analgesic and anti-inflammatory activities of the methanolic leaf extract.

In conclusion, the results of the study showed that the extract of Globimentula braunii has both analgesic and anti-inflammatory activities which explain the basis of its use in traditional medicine to manage pains. It also contains some biologically active constituents worthy of further investigations.

Copyright: © 2015 Atiku I, et al. This is an open-access article distributed under the terms of the Creative Commons Attribution License, which permits unrestricted use, distribution, and reproduction in any medium, provided the original author and source are credited. 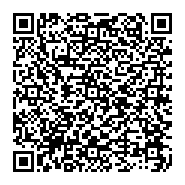