The iron meteorites are molten rock in the earth's crust cumulates from the core of a small asteroid, which broke apart Ì´ 400 milli-arc second ago. Iron is the fourth most abundant element and second most abundant metal in the Earth’s crust after aluminium. It is one of the seven metals known in antiquity along with gold, silver, copper, mercury, tin and lead. It has lithophile and chalcophile properties, forming several common minerals, including pyrite FeS2 , magnetite Fe3 O4 , hematite Fe2 O3 and siderite FeCO3 . Iron occurs as a natural constituent in plants and animals. Liver, kidney, fish, and green vegetables contain 20-150 mg/kg, whereas red meats and egg yolks contain 10-20 mg/kg. Rice and many fruits and vegetables have low iron contents (1-10 mg/kg).Iron is the key element in hemoglobin, the red pigment in blood which carries oxygen round the body, and plays a role as an important catalyst in the Haber process. In this paper, I reflect the miracle of the Iron in the Holly Qur’an Which is revealed in the fourteen centuries ago for prophet Mohammed (PBUH) as a book of guidance to mankind

Iron is the second most abundant metal on earth

A silvery ductile metallic element found primarily in bauxite (Aluminum) is the most present in great quantity metallic element but a heavy ductile magnetic metallic element; is silver-white in pure form but readily rusts; used in construction and tools and armament; plays a role in the transport of oxygen by the blood (Iron) has played a much greater role in human history and is an essential part of everybody, literally! Iron is one of 94 naturally to be found to exist elements. It is a metallic material with a silver-grey color and metallic luster. Its Atomic Number is 26 and its symbol is Fe. Iron is found in all parts of the any of the large celestial bodies in the solar system that revolve around the sun; Mercury, Venus, Earth, Mars, Jupiter, Saturn, Uranus, Neptune and sometimes also Pluto. It comprises about 5% of the Earth’s crust but is thought to make up perhaps as much as 80% of the planets core. There are four naturally occurring stable isotopes of iron with at least four unstable isotopes also known to exist. Iron is a commonly occurring metallic element, comprising 4.6% of igneous rocks and 4.4% of sedimentary rocks [1]. The typical iron concentrations in soils range from 0.2% to 55% (20,000 to 550,000 mg/kg) [2], and concentrations can vary significantly, even within localized areas, due to soil types and the presence of other sources.

Iron is an essential nutrient in human body

Iron has many different roles in the body. About 65 to 75 percent of the body’s iron is in the blood in the form of hemoglobin. Hemoglobin is a protein in red blood cells that transports oxygen to tissues in the body. Myoglobin (a hemoprotein that receives oxygen from hemoglobin and stores it in the tissues until needed), the compound that carries oxygen to the muscle cells, also requires iron. In addition, iron is involved in reactions within the body that produce energy. Any excess iron is stored in the body as a reserve [3]. If iron is lacking in the diet, iron reserves in the body are used. Once this supply is depleted the formation of hemoglobin is affected. This means the red blood cells cannot carry oxygen needed by the cells. When this happens, iron deficiency occurs and anemia results. According to the World Health Organization, iron deficiency anemia is one of the most common nutrient deficiencies in the world. It can be caused by a low dietary intake of iron, poor iron absorption, or excessive blood loss. Signs of anemia include: constantly feeling weak and tired; short attention span; irritability; decreased performance at work or school; delayed cognitive development in infants and young children; decreased immune function leading to increased illness; swollen and red tongue (glossitis), and difficulty maintaining body temperature. Several groups are at an increased risk for iron deficiency including children and adolescents, pregnant women, women of child-bearing age, athletes, and older adults. The greatest need for iron is during growth or periods of blood loss. Young children, adolescents and pregnant women have increased needs because of the growth taking place during these periods. The demands during pregnancy are so large that an iron supplement is recommended for pregnant women. Women of child-bearing age have increased requirements because of the losses from menstruation. However, women taking oral contraceptives have slightly decreased iron needs because blood losses from menstruation tend to be less [3].

In drinking-water supplies, iron (II) salts are unstable and are precipitated as insoluble iron (III) hydroxide, which settles out as a rust-colored silt. Anaerobic ground waters may contain iron (II) at concentrations of up to several milligrams per litre without discoloration or turbidity in the water when directly pumped from a well, although turbidity and color may develop in piped systems at iron levels above 0.05-0.1 mg/litre. Staining of laundry and plumbing may occur at concentrations above 0.3 mg/litre [4].

The Mineralogy of Iron Meteorites

Observations and measurements made on meteorites offer rare clues about the numerous processes taking place during the first few million years of the history of the Solar System. Isotopic measurements in particular shed light on the chronology of these processes. Over the last several decades, the assumption that iron meteorites likely formed in bodies with lengthy accretionary histories and protracted periods of differentiation and crystallization has gradually given way to accumulating isotopic evidence that the crystallization of at least some of these bodies occurred within a very few million years of the start of the Solar System [4].

Recent studies have argued that the iron meteorites, like stony-irons and achondrites, come from solar system bodies that melted allowing mm-sized and smaller metal and silicate grains in chondrite material to segregate into much larger domains [5]. According to the textbooks, iron meteorites are derived from over 50 bodies that were 5-200 km in size, most of which melted to form metallic cores and silicate mantles. These bodies are thought to have accreted in the asteroid belt after the chondrites and to have been broken open by impacts long after the bodies had cooled slowly [6].

Iron in the Holly Qur’an

Iron is one of the elements highlighted in the holly Qur'an. In Surah Hadid, chapter of Iron, the Qur’an says the following on the origin of iron: “And we sent down iron with its great inherent strength and its many benefits for humankind....” (57:25).The word "sent down," particularly used for iron in the verse, could be thought of having a metaphorical meaning to explain that iron has been given to benefit people. But when we take into consideration the literal meaning of the word, which is, "being physically sent down from the sky", we realize that this verse implies a very significant scientific miracle. This is because modern astronomical findings have disclosed that the iron found in our world has come from the giant stars in outer space [7].

The heavy metals in the universe are produced in the nuclei of big stars. Our solar system, however, does not possess a suitable structure for producing iron on its own. Iron can only be produced in much bigger stars than the Sun, where the temperature reaches a few hundred million degrees. When the amount of iron exceeds a certain level in a star, the star can no longer accommodate it, and eventually it explodes in what is called a "nova" or a "supernova". As a result of this explosion, meteors containing iron are scattered around the universe, and they move through the void until attracted by the gravitational force of a celestial body. One scientific source provides the following information on this subject: “There is also evidence for older supernova events: Enhanced levels of iron-60 in deep-sea sediments have been interpreted as indications that a supernova explosion occurred within 90 lightyears of the sun about 5 million years ago. Iron-60 is a radioactive isotope of iron, formed in supernova explosions, which decays with a half life of 1.5 million years. An enhanced presence of this isotope in a geologic layer indicates the recent nucleo synthesis of elements nearby in space and their subsequent transport to the earth (perhaps as part of dust grains)” [8]. “The intriguing and intimate relationship between life and iron, between the red color of blood and the dying of some distant star, not only indicates the relevance of metals to biology but also the biocentricity of the cosmos”[9]. This account clearly indicates the importance of the iron atom. The fact that particular attention is drawn to iron in the Qur’an also emphasizes the importance of the element.

Moreover, iron oxide particles were used in a cancer treatment in recent months and positive developments were observed. A team led by Dr. Andreas Jordan, at the world famous Charité Hospital in Germany, succeeded in destroying cancer cells with this new technique developed for the treatment of cancer-magnetic fluid hyperthermia (high temperature magnetic liquid). As a result of this technique, first performed on the 26-year-old Nikolaus H., no new cancer cells were observed in the patient in the following three months. This method of treatment can be summarized as follows: Firstly liquid containing iron oxide particles is injected into the tumour by means of a special syringe. These particles spread throughout the tumour cells. This liquid consists of thousands of millions of particles, 1,000 times smaller than the red blood corpuscles, of iron oxide in 1 cm3 that can easily flow through all blood vessels [10]. Secondly the patient is then placed in a machine with a powerful magnetic field. Thirdly this magnetic field, applied externally, begins to set the iron particles in the tumour in motion. During this time the temperature in the tumour containing the iron oxide particles rises by up to 45 degrees. And lastly in a few minutes the cancer cells, unable to protect themselves from the heat, are either weakened or destroyed. The tumour may then be completely eradicated with subsequent chemotherapy [11]. In this treatment it is only the cancer cells that are affected by the magnetic field, since only they contain the iron oxide particles. The spread of this technique is a major development in the treatment of this potentially lethal disease. Iron has also been found to be a cure for people suffering from anaemia. In the treatment of such a widespread diseases, the use of the expression “We sent down iron with its great inherent strength and its many benefits for humankind” (Quran, 57:25) in the Quran is particularly noteworthy. Indeed, in that verse, the Quran may be indicating the benefits of iron even for human health. (God knows best).

Iron is the most useful metal in the world. It is used in a variety of forms, in a multitude of applications in everyday life. Iron is the second most abundant metal on the earth’s surface, falling closely behind aluminium and in near equivalent concentration to calcium and sodium. It is an essential element for virtually every living cell. The biochemistry of iron is controlled to a large extent by its coordination chemistry; i.e. the immediate chemical environment in the first coordination shell. This first coordination shell controls iron’s biological activity in small molecule storage (e.g.O2), electron transport, and catalysis. Iron is essential for plant growth, and is generally considered to be a micronutrient. Iron is considered the key metal in energy transformations needed for syntheses and other life processes of the cells [12].

Iron is an essential element in human nutrition. Estimates of the minimum daily requirement for iron depend on age, sex, physiological status, and iron bioavailability and range from about 10 to 50 mg/day.

Citation: Yimer AM (2015) Review on Marvelous Incidence of the Iron Observable in Livelihood and its History. Nat Prod Chem Res 3:185.

Copyright: © 2015 Yimer AM, et al. This is an open-access article distributed under the terms of the Creative Commons Attribution License, which permits unrestricted use, distribution, and reproduction in any medium, provided the original author and source are credited. 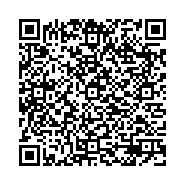