Root knot nematodes Meloidogyne incognita are responsible for heavy economic losses to many agricultural crops and considered the most difficult crop pest to control. Recently attention on environmental and food safety in addition to human health has led to increase the limitations on using chemical nematocides and searching for environmental safe natural nematocides. Saponins extracted from Medicago sativa L., alfalfa was used to control the infection of tomato seedlings with root knot nematode Meloidogyne incognita. The results indicated that saponin treatments led to significant reduction in the numbers of larva of root knot nematodes in tomato roots and in soil. The highest nematode inhibition was observed in the treatment of 100% of saponin crude extracts. The observed reduction of the number of nematode larva in tomato roots and in soil were found to be correlated with the decline of cholesterol level in root knot nematode eggs which is due to saponins from Medicago sativa, in a concentration dependent manner. Also saponin treatments showed a general improvement in plant growth and performance.

Saponins are secondary metabolites widely presented in many plant species. Most saponins are hemolytic and display many biological activities, such as anti-inflammatory and hypochlosterolimic effects. Saponins from alfalfa showed a hypocholesterimic effect in rats through the ability of natural saponins to reduce cholesterol uptake from rat’s intestine [1]. The hypocholesterimic mechanism of saponins included their ability to form insoluble complex with sterols. Many commercial products containing saponins are used in pharmaceutical, cosmetic and food industry. Triterpene saponins from Quillaja saponaria are used to control insect and nematode development [2,3]. Also, saponins from Medicago arborea, Medicago Arabica and Medicago sativa all possess nematicidal activity against plant-parasitic nematode X. index [4]. Plant parasitic nematode are c for heavy economic loss in many agricultural crops Root knot nematode Meloidogyne javanica is the most harmful nematode species to many crops such as tomato (Lycopersicum esculentum L.). Root knot nematode attacks tomato roots and reduces plant growth and causes plant death. Also nematode participates in viral infection whereas it acts as virus vector and cause a severe damage of tomato crop. Cholesterol is a structural component of nematode membrane. Nematode requires too little amount of cholesterol to control molting and signaling for other functions (Teymuras et al.) Nematode management depends upon chemical nematocides which have high harmful effects on human health and environment, So the environmental safe natural products will be highly required. Few data about the nematocidal activity of saponins are available [2,4,9,10], and there is no information about the nematocidal mechanism of saponins from Medicago spp.

M. incognita were green house-propagated on tomato seedlings (Lycopersicum esculentum) grown in a plastic pots 15 cm. After 10 days of infection tomato seedlings were divided into five groups, one of them acts as untreated control and the others were treated with 100 ml of 100%, 75%, 50% and 25% saponin crud extract. After 15 days of treatments tomato roots were harvested and cleaned thoroughly with low pressure water stream to remove adhering soil, roots were incubated for 3 days at 28°C. Then nematode larva war filtrated through a screen of 20 meshes. Nematode population was determined by microscopic investigation.

Nematode larva and Eggs were collected in a small volume of distilled water and lipids were extracted with chloroform: methanol 2:1. The mixture was centrifugated at 10000 g then total cholesterol was determined in supernatant according to the method described by Allain et al. [11].

Data presented are Means ± Standard Deviation of five replicates. The recorded data were statistically analyzed using the one way analysis of variance as described by Snedecor and Cochran [12]. The means were compared by least significant difference test at P ≤ 0.05.

The nematocidal activity of different concentrations of saponins extract from Medicago sativa was measured by determination of nematode populations in soil and tomato roots after 10 days of treatment. Table 1 indicates that all tested saponins concentrations are able to inhibit the development of M. incognita. The concentration of 100% of crude extract of alfalfa saponins showed the highest inhibitory effect on root knot nematode. The population of root knot nematode in the soil treated with saponin crude extract was significantly less than that of untreated control. Table 1 clearly demonstrates that saponins extract from Medicago sativa showed a high potential as nematocidal natural products.

Literature on the nematocidal activity of saponins is limited and data are mainly related to the assay of Q. saponaria extracts. Omar et al. [10], reported that saponins solutions reduced the total population, number of egg masses and viable juveniles of the root knot nematode Meloidogyne javanica. Moreover, another study on a formulation from Q. Saponaria containing 6% polyphenols and 25% saponins indicated that association of polyphenols and saponins resulted in the best nematode control at low dosage of plant extract [13]. Similar results were reported by D’Addabbo et al. [2] where they found that aqueous extracts of Q. saponaria significantly reduced the density of M. incognita in soil and increased tomato and melon crop yield. Nematocidal activity of saponins extracts from Medicago spp was reported by Argentieri et al. [4]. They found that saponins from M. arborea, M Arabica, and M. sativa to different concentrations all possess nematocidal activity against the plant parasitic nematode X. index. The exposure of juveniles of M. incognita to eight different steroid and triterpenoid saponins led to significant reduction in the motility of the juveniles [14].

Data in Table 2 demonstrated the ability of saponins extracts from Medicago sativa to reduce the level of cholesterol in nematode eggs and larva. The biological functions for cholesterol in nematode can be summarized as follows: (1) as structural component of cell membranes, (2) as precursor of the molting hormone ecdysone [16], (3) as the moiety required for activation by covalent attachment to morphogen protein hedgehog (Proter et al 1996).

Biological effects of saponins are normally ascribed to their specific interaction with cell membranes [6] causing changes in cell permeability. The implication in the process of cholesterol-saponin insoluble complexes is, however, still controversial [15]. Moreover, it has been shown that the side sugar chains on the aglycones might contribute to saponin effects on cell membranes; that is, monodesmosides have generally a stronger haemolytic activity than bidesmosides [6]. In addition to the activity of saponins on biological systems, it has been demonstrated that they are also able to interact with proteins [17-19]. Moreover, specific studies with Q. saponaria and soybean saponins [17-19] have shown that the interaction between the saponins and proteins is quite complex and also involves the aglycone moiety. A critical structure for nematode viability is the protective cuticle, an extracellular matrix that forms their exoskeleton. This structure is primarily composed of collagen proteins assembled into higher order complexes [20-25]. It appears reasonable to speculate whether saponin interaction with collagen proteins from the cuticle might also be responsible for the observed nematotoxic effects [4,8,11]. Furthermore, the rate of nematicidal activity induced by both pro sapogenins and sapogenins also suggests the possible implication of the saponin aglycone [26-32]. Natural saponins used in these in vitro tests were from different Medicago spp. and were chosen for their different saponin and sapogenin profiles [32-38].

Thus, the nematocidal activity of saponins from Medicago sativa could be attributed to their ability to inhibit cholesterol accumulation in egg and/or larva. Our results suggested different mechanisms for the nematocidal activity of saponins involved inhibition of cholesterol biosynthesis, binding to plant sterol and formation of insoluble complexes which cannot metabolize to cholesterol and/or inhibition of sterol conversion enzymes which convert plant sterol such as argosterol to animal sterol such as cholesterol.

Copyright: © 2013 Ibrahim MAR,, et al. This is an open-access article distributed under the terms of the Creative Commons Attribution License, which permits unrestricted use, distribution, and reproduction in any medium, provided the original author and source are credited. 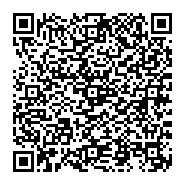