Senna alexandrina leaves and pods have been used in herbal medicine since ancient times. The pods and leaves extracts of this plant contains anthraquinone glycosides that have a significant laxative effect. In this study the leaf, pod and flowers of Senna alexandrina were collected from potential areas of Ethiopia and determined their sennoside content (hydroxyanthracene glycosides) calculated as sennoside B via spectrophotometric method. Medicinal Herbal tea preparation also standardized based on sennoside concentration. As a summary, the yields of total sennoside being to be appeared 1.08-1.76% in the leaf, 1.43-2.62% in the pod and 0.08-0.15% in the flower parts of Senna alexandrina, mill located at different areas of Ethiopia with two types of Var. For herbal tea consumption, decoction of 1.5 mg powder of senna in 300 mL water for 10 minutes (pod) and 30 minutes (leaf) were optimized for sennoside extract and Standardized according to the WHO monographs of daily intake of sennosides, twice a day for pod and once a day for leaf herbal tea.

Constipation is a common complaint in 1-6% of the middle-aged population and 20-80% of the elderly people. One of the most commonly used groups of drugs used in the correction of functional disorders of the digestive system, are laxatives [1]. The most widely used herbal remedies are containing anthraquinone derivatives [2], and the popular source are two species of Cassia Senna (?assia acutifolia Delile .), or Senna alexandrina (Senna alexandrina Mill.) and Tinnevelly senna (Cassia angustifolia Vahl .) with a family (Fabaceae/ Leguminosae). The active constituents in both senna leaf and fruit are dianthrone glycosides (hydroxyanthracene glycosides) principally sennosides A and B. There are also small amounts of aloeemodin and rhein 8-glucosides, mucilage, flavonoids, and naphthalene precursors [3].

Senna alexandrina originated from Mali eastwards to Somalia and Kenya, much of it from wild plants. It is also native in Asia from the Arabian Peninsula to India and Sri Lanka. Two varieties are distinguished in Senna alexandrina . The first is var. obtusata (Brenan) Lock, restricted to Eritrea, Ethiopia, Somalia and northern Kenya, the second is var. alexandrina, which is the more widespread variety [4]. In Sudan, Ethiopia, Somalia and Kenya both leaves and pods are used as a purgative. Decoction of the pods is drunk to get rid of intestinal worms and to cure difficulties in breathing. The infusion of the pods is recommended as a purgative for pregnant women and also to suppress fever. An infusion of the leaves is drunk to overcome flatulence and convulsions and to stop nosebleeds.

However, Senna alexandrina shrubs are abundant in Ethiopia, not exploit the benefit obtained due to lack of standardization and product formulation. Characterization of location based phytochemicals is stringent for the reason that quantitative and qualitative variability of secondary metabolites in the plant through cultivation conditions and the time of harvesting [5]. Therefore, this work was performed to determine the sennosides content of Senna alexandrina accession. Quantitative analysis is performed by spectrophotometry and by highperformance liquid chromatography. Thin-layer chromatography is employed for qualitative analysis for the presence of sennosides A and B [6].

Powdered sample (0.5 g) was refluxed for 1 hr through superior extracting solvent (99.7% methanol) [7]. The insoluble matter were filtered through Buchner funnel and made the volume to 250 mL with methanol. The standard of sennoside B in methanol solution was scanned through Cary 100 UV-VIS spectrophotometer at wave length range of 200-800 nm and selects 276 nm as a λ max value. Samples were analyzed immediately after extraction in order to avoid possible chemical degradation by using UV-VIS spectrophotometer at 276 nm wavelength [8]. The experiments were carried out in a completely randomized design with three replications.

The presence of sennosides (hydroxyanthracene glycosides) in methanol extracts were detected by analytical grade TLC with a solvent system of N-Buthanol: Ethyl acetate: Water: Glacial Acetic Acid (8:8:6:1) ratio through a slight modification of the method described by French pharmacopeia. In order to visualize the spot 20% v/v solution of nitric acid was sprayed on the plate and heated the plate for 10 min at 120°c. after cooling the plate 50 mg/L solution of potassium hydroxide in ethanol were sprayed.

Homogenized powder samples of leaf and pod were subjected to decoction by water with three concentrations viz. 1.5 mg/ 300 mL (sat 1), 1.5 mg/150 mL (sat 2) and 1.5 mg /100 mL (sat 3) for 10, 20 and 30 minutes. The prepared tea were filtered through muslin cloth and subjected to determine the total hydroxyanthracene glycosides in terms of sennoside B.

Significance difference of total hydroxyanthracene glycosides between different types of var., parts and location of the plant were analyzed by SAS, version 9. Statistical significance was defined as p<0.05. The effects of saturation and decoction time on sennoside content of the prepared herbal tea were determined through response surface optimization method with central composite design.

The presence of sennosides in the methanol extract were detected by TLC through N-Buthanol: Ethyl acetate: Water: Glacial Acetic Acid (8:8:6:1) solvent system. Sennoside B was appeared at Rf value of 0.28 next to sennoside A (0.52) followed sennoside D (0.72) and then sennoside C (0.84) bottom to top position (Figure 1). The total percent of sennoside (hydroxyanthracene glycoside) were determined by spectrophotometric method and linearity of the measurement was evaluated by analyzing different concentrations of the standard sennoside B in methanol solution at 276 nm wavelength (Figure 2). The Beer Lambert’s law was obeyed in the range concentration of 184-1474 μg/mL sennoside B and the correlation coefficient was found to be 0.999 with a regression equation Y=0.284 X-0.011 (Figures 3 and 4). 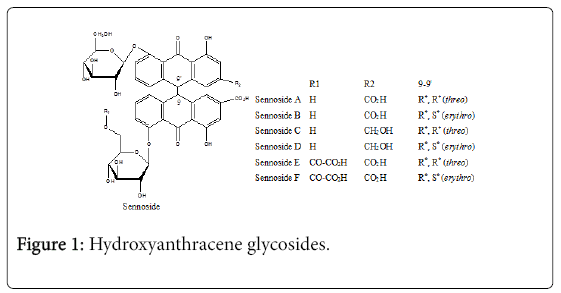 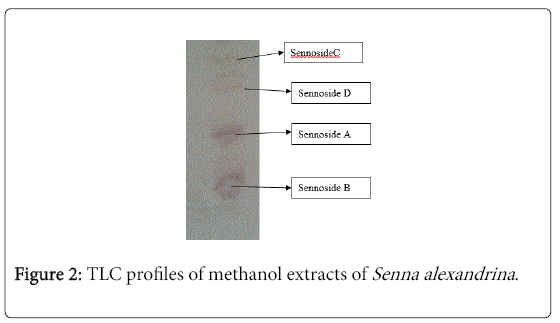 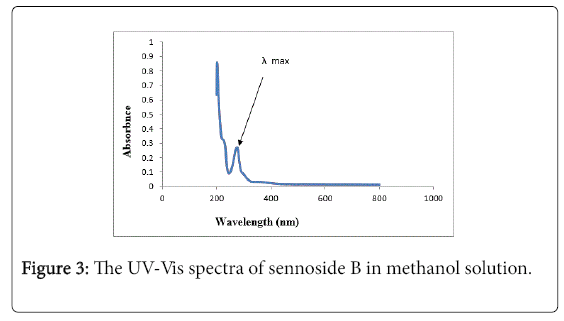 Figure 3: The UV-Vis spectra of sennoside B in methanol solution. 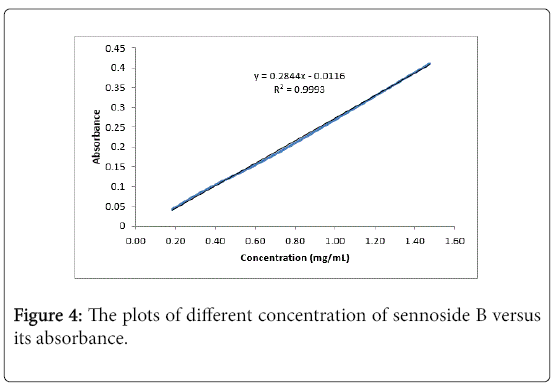 Figure 4: The plots of different concentration of sennoside B versus its absorbance.

Table 1: The effect of types (var.) on sennosides content of Senna alexandrina .

Table 2: The influence of location on the sennosides content for short var. Senna alexandrina.

Table 3: The influence of location on the of sennosides content for long var. Senna alexandrina .

The herbal teas were made from leaf and pod of Senna alexandrina through decoction in order to set the standard dose based on daily recommended value of total sennoside content calculated as sennoside B. The interaction of decoction time (temperature effect on extracting the active constituent) and the concentration of the applied herbal maters (solvent saturation effect on extracting the active constituent) were determined. The sennoside content of the herbal tea made from senna leaf increases as decreasing saturation and increasing decoction time (Figure 5 and 6). The sennoside yield increase as decreasing saturation and decoction time of the tea prepared from senna pod (Figures 7 and 8). 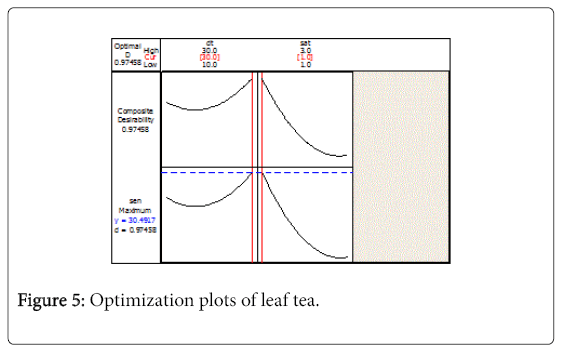 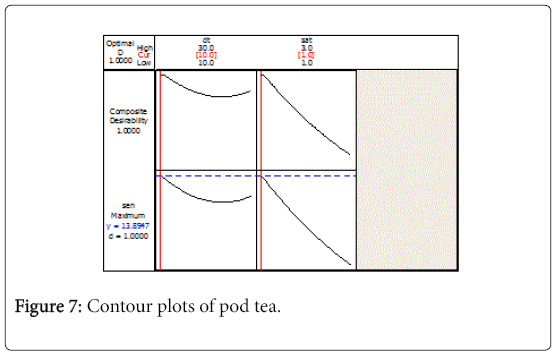 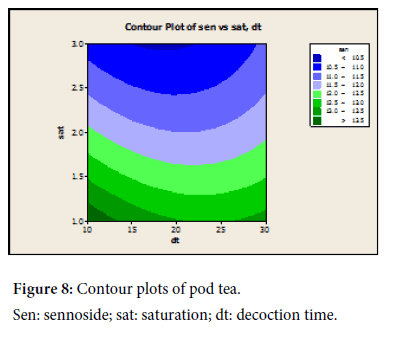 This work was done on collecting Senna alexandrina leaf, pod and flower from potential areas of Ethiopia with acquiring two types (short var. and long var. shrubs) from five locations and designed to determine the sennosides content with comparing between types of var., parts and location of the plant. A spectrophotometric method was used to determine the total sennosides (hydroxyanthracene glycosides) calculated as sennoside B. As of the abundance of Senna alexandrina Mill in Ethiopia, the active ingredients was differs by the existing location, types of var. and parts of the plant. For herbal tea consumption, 1.5 mg powder of senna per 300 mL water decoction for 10 and 30 minutes were set twice a day and once a day for pod and leaf respectively.

My sincere gratitude is given to Wendo Genet Agricultural Research Center for funding this work and Abebe Shanko for his unreserved contribution.

Copyright: © 2017 Abdo BM. This is an open-access article distributed under the terms of the Creative Commons Attribution License, which permits unrestricted use, distribution, and reproduction in any medium, provided the original author and source are credited.