The concentrations of two heavy metals (Cu and Pb) were determined in three brands of Ghanaian wines by flame atomic absorption spectrometer (FAAS) after digesting the wine samples with 0.1M HNO3. The copper concentration in the three different brands of wine was in the range of 0.4-1.2 mg/L. The toxic lead metal was found to be below the detection (BDL) of 0.1 mg/L. The levels of Cu concentrations were found to be comparable to the permissible limit set by OIV, French and American Wines. The copper and lead identification sources were due to natural sources and anthropogenic sources during vinification processes such as the equipment used.

Wine is one of the most common alcoholic beverages consumed all over the world. Wine naturally contains 85-89% water. Moderate wine consumption can reduce the risk of heart disease and individual components of wine (alcohol and principal polyphenols) can reduce the risk of coronary heart disease in certain individuals. It is important to know that polyphenols can reduce the rate of harmful cell oxidation and favorably affect other processes that, if unchanged, could lead to atherosclerosis and heart disease. Some studies indicated that the cardio protective compounds in grapes, polyphenolic antioxidants, reside in the skin and seeds [1]. Grape skins, which contain purple pigment, are crushed with pulp to make the red wine. The skins give red wine its coloration and contain the highest concentration of polyphenols which are potential antioxidants. Antioxidants are substances that protect cells from oxidative damage caused by free radicals. The polyphenols in red wine includes catechin, gallic acid and epicatechin. Laboratory experiments carried out showed that both wines were active against streptococci. The red had a stronger effect than the white, though the difference was not statistically significant. Organic acids in wine, such as acetic acid, citric acid, lactic acid, succinic acid and tartaric acids, are responsible for the antibacterial activity against oral streptococci. The finding suggests that wine “enhances oral health” [2]. Wine polyphenols displayed no activity against oral Streptococci or S. Pyogenes.

Cell damage caused by free radicals has been implanted in the development of cancer. These chemicals can damage important parts of cells including protein, membranes and DNA. Among other polyphenolic flavonoids, resveratrol is thought to be at least in part responsible for the possible anti-cancer effect of red wine. Resveratrol has been found in at least seventy two plant species, a number of which are components of the human diet such as mulberries, grapes, red wine and peanuts [3-5].

Although, the positive health effects of wine are many, the evidence is clear that these benefits are the highest for those who drink red wine in moderation (two drinks per day for men and one drink per day for women) over extended periods of time. Three or more drinks per day may increase the risk of neurodegeneration, depressive disorders, and obesity, weakening of bones, hypertriglyceridermia, heart disease, hypertension, stroke, breast cancer, suicide and injuries [8]. Wine consumption in any amount is contraindicated for pregnant women, children and patients with liver disease and in combination with certain medications [9]. Historically, wine has been used as an antiseptic, a pain killer and to treat dermatological conditions and digestive disorders [10].

Regular wine consumption should be used with caution in individuals predisposed to alcoholism, organic diseases and cirrhosis of the liver, migraine, headaches and allergies. Red wine de-alcoholized red wine and grape juice consumption have lowered blood pressure in patients with coronary artery disease or hypertension [11-14].

The objective of this technical report is to determine lead and copper contents in white, red and rose wines.

Effects of heavy metals in wine on humans

The identification of heavy metals in wine is a subject of increasing interest since complex atom may reduce their toxicity and bioavailability [15]. Metals in wine can originate from both natural and anthropogenic sources and its concentration can be a significant parameter affecting consumption and conservation of wine. Since metallic ions have important roles in oxido-reductive reactions resulting in wine browning, turbidity, cloudiness and astringency, wine quality depends greatly on its metal consumption.

Consumption of wine may contribute to the daily dietary intake of essential metals e.g. copper, iron and zinc, but can also have potentially toxic effects if metal concentrations are not kept under permissible limit [16].

Copper has a definite negative effect on the organoleptic properties of wine [17]. Copper is both an essential and potentially toxic element for humans when in excess. When wine or wine products are consumed in large quantities, the toxic effect of their pollutants may have an additive effect to induction of alcoholism. A typical example is the presence of lead in wines [18]. Several investigators have shown that accumulation of lead in mitochondria of mice occurs with the simultaneous ingestion of small doses of lead and alcohol [19,20]. Trace metal composition of grapes, wines and other alcoholic products is influenced by the type of soil, wine processing equipment vinification methods, the composition of fungicides, insecticides, fertilizers etc. used in the wine industry [21].

Laurie et al. [22] undertook a research titled “Analysis of Major Metallic Elements in Chilean Wines using Absorption Spectroscopy”. They concluded that all metal concentrations were within normal ranges as compared to previously reported data from other world wine areas. They also observed that the concentration of Na was higher in the wines produced in the northern parts of the country.

Woldemariam and Chandravanshi [23] studied the concentration of essential and non-essential elements in selected Ethiopian wines. They concluded that wet digestion method and the determination of selected metals at trace levels in wines by flame atomic absorption method were found to be efficient, precise and accurate. It was also observed that Pb concentrations in Ethiopian wines were found in the range of 0.14- 0.31 mg/L and these Pb values were somehow larger than the limits set by International Organization for Wines and Grapes (OIV) as 0.2 mg/L. They also said that moderate wine consumption contributes to the daily nutritional requirements of many essential metals. The OIV for Cu is 1 mg/L. The content of some metals can be used to identify the geographic region in which the grapes were grown due to the direct relationship with soil composition [24].

The wines were analyzed for two heavy metals by AAS and were done in triplicates.

Analyses by AAS and Flame Photometer

The metals Cu and Pb were determined using Atomic Absorption Spectrophotometer, Perkin Elmer Model 200A using an air/acetylene flame. Distilled water was used to prepare 0.1M HNO3 acid for dilution of wine solutions. All glasswares were thoroughly washed and were completely dried before use.

From the bulk samples, 5.0 ml of the wine samples were wet ashed (digested) to decompose the organic substances and make clear solution in duplicates. After digestion was completed, the crucible with the digest was removed from the hot plate and was left to cool (for 10 minutes). The cooled digest was transferred quantitatively into 50 ml volumetric flask after the addition of 0.1 M HNO3. The volume of the solution was diluted to the mark with 0.1M HNO3. The digest was kept in the refrigerator until the analysis by AAS.

The Lead (Pb) contents in wines found in Marina Distribution Company in Accra were found to be below the detection limit of 0.1 mg/L in all the fourteen wine samples. These lower concentrations of Pb found in the local wines showed that they were of good nutritional value and were of good economic importance if consumed. Pb could be toxic when ingested [25]. Wine is susceptible to lead contamination from the seals on wine bottles and the linings of wine casks.

The concentrations of copper in the studied area ranged between 0.40-1.20 mg/L. This could be compared to the limit set from Marina Distribution Co. Ltd did not contain any lead (Pb) (Table 1).

Table 1: Analytical wavelengths, detection limits, correlation coefficients and correlation equations of the calibration curves for the determination of metals in wine samples by FAAS. These values were below the standard set by OIV and other countries.

Table 3: Comparison of the concentrations of heavy metals in wines of different countries.

Table 4: Comparison of the levels of metals in Ghanaian wines to permissible levels of some metals (mg/L) in some countries and by OIV*.

The Ghanaian wines contained lower concentration of Cu (0.4-1.2 mg/L) than the limit set for Cu in Australia, Germany and Italy. However, the Ghanaian content of Cu in wine is comparable to that set for Cu (1 mg/L) by OIV. The Pb contents were below the detection limit in wines from Ghanaian market and cannot be compared to the permissible limits set by OIV and the countries in Table 4.

The Ghanaian wines were found to contain copper values lower than the limits set by OIV. The concentrations of white and red wines for copper ranged from 0.58-0.89 mg/L with a mean value of 0.76 mg/L and the red wine for copper with a range of 0.40- 0.84 mg/L with a mean value of 0.67 mg/L Except Czechoslovakia, which had a range higher than that set by OIV (0.012- 6.827 mg/L). This shows that wines could be a good source of Cu for humans. The toxic Lead was not detected in Ghanaian wines revealing that Ghanaian wines contain very low concentration of Pb (<0.1 mg/L). In general the Cu content values in wine are in line with the previously reported data set by OIV, American and French wines. The Ghanaian wines are safe for consumption and also good for economic reasons.

Copyright: © 2015 Kwegyir EK. This is an open-access article distributed under the terms of the Creative Commons Attribution License, which permits unrestricted use, distribution, and reproduction in any medium, provided the original author and source are credited. 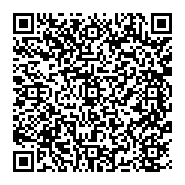