Red algal seaweed Liagora ceranoides collected from Rameswaram coast, Tamilnadu, India was investigated for its repellent, antifeedant, larvicidal, insect growth regulatory activities on Spodoptera litura during 2016-18. Larvicidal action of methanol extract of sea weed was observed from first day of treatment and exhibited gradual increase in mortality up to fifth day. The seaweed’s methanol extracts @200 μl/L concentration resulted 80.00 per cent larval mortality and the survived larvae got pupated. No repellent and antifeedant activity was observed among the treatments. Adult emergence was not observed at 200 μl/L concentration with a pupal: adult conversion ratio of 1:0.00 whereas in control and solvent control the ratio was 1:1.00. Twenty- three phytochemicals were identified in L. ceranoides using GC-MS detection system (Gas Chromatography-Mass Spectrometry) respectively and few of them may be responsible for ant-insect properties.

Harmful marine algae are widely spread throughout the coastal areas around many continents and have insecticidal value [1]. Liagora ceranoides J.V. Lamouroux (Liagoraceae: Rhodophyta) is a macroscopic marine red algal seaweed which is heavily calcified, pinkish in color and ramiform with cylindrical and dichotomous branches [2]. Spodoptera litura (Fab.) is a polyphagous pest of cosmopolitan distribution which comes out as a serious and dominant pest in agricultural and horticultural crops [3]. Indiscriminate use of synthetic pesticides caused serious ill effects to the precious mother earth, offers pest resistance and harming beneficial organisms viz., predators, parasitoids and pollinators [4]. Hence, switching over to eco-friendly insect pest management considered to be a better alternative. Among different alternatives, seaweeds offer a non-toxic way to manage the pests. Hence, the present study dealt with testing the bio-efficacy of methanol extracts of L. ceranoides against growth and development of S. litura .

Seaweed belonging to Rhodophyta, Red algae, Liagora ceranoides was collected from Rameswaram coast, Tamil Nadu, India. The seaweed collected by hand picking method was immediately washed with fresh sea water and then carefully washed thoroughly three times with fresh water to remove the excess salt, sand and epiphytes to drain off the water, the algae were wiped with a blotting sheet and air dried under shade for a fortnight and stored [1]. The sea weeds were identified at Parangipettai, Faculty of Marine Biology, Annamalai University, Tamilnadu, India.

Spodoptera litura was mass cultured on natural diet castor leaves under laboratory conditions in sterilized plastic buckets and the required amount of third instar larvae was used for the bio-assay experiments.

Fifteen gram of partially powdered red algal seaweed L. ceranoides was packed and loaded in Soxhlet apparatus (GI-1706 A) individually and refluxed with Methanol for 12 hours continuously. The extracted solvents were evaporated in a hot plate. The final extract was elucidated with methanol and used for the evaluation experiments. The extracts were stored at -20°C [5].

Prepared L. ceranoides solvent extracts were treated to the uniform aged third instar larva @1, 10, 30, 50, 100, 200 μl/L with solvent and water control. The methanol extracts were tested against a homogenous culture (third instar larva) of Spodoptera litura using leaf dip bio-assay. To compare the performance of solvent effect on the larva, a control was maintained along with an absolute control, replicated thrice under completely randomized block design. Data on repellency, antifeedant, larval mortality, pupation, pupal malformation, adult malformation and adult emergence were recorded, and the data were statistically analysed and the results were presented [6].

Preparation of extract: The seaweed was shade dried and powdered with the help of electric blender. The sample was extracted with ethanol and 2 μl of this solution was employed for GC-MS analysis.

GC condition and identification of compounds: The seaweed powder was extracted with ethanol and 2 μl of this solution was employed for GC-MS analysis. The GC-MS analysis was carried out with 30 m × 0.25 mm ID × 0.25 μm df with column BR-5 MS (5% Diphenyl/95% Dimethyl poly siloxane). The instrument was set to an initial temperature of 110°C and maintained at this temperature for 3.50 minutes. At the end of this period, the oven temperature was rose up to 280°C, at the rate of an increase of 50 C/min, and maintained for 12 min. Injection port temperature was ensured as 280°C. The ionisation voltage was 70 eV. Mass spectral scan range was set at 50-500 (m/z) amu. Using computer searches on a NIST Ver-11 MS data library and comparing the spectrum obtained through GC-MS, compounds present in the seaweed sample were identified with their compound name, chemical formula and molecular weight [7].

Each Values are the mean of three replicates; values enclosed in parantheses are arc sine transformed values; means followed by common alphabet are not significantly different at 5% level by LSD.

In this study, it has been observed that the sea weed used for evaluating their potential against test insect was well supported by many evidences from other plants, green algae and red algae against many insects as follows.

The GC-MS-MS studies of L. ceranoides has shown many phytochemicals which contribute to various biological activity. The active principles, with their retention time (RT), molecular formula, molecular weight (MW), concentration (peak area%) and the molecular structure are presented in Table 2. The GC-MS Chromatogram of the number of peaks of the compounds detected was shown in Figure 1. The total number of compounds identified in ethanol extract of L. ceranoides was 13[13-16]. The volatile oils of L. ceranoides displayy insecticidal activity on stored product pests viz., Oryzeaphilus mercator , Tribolium castaneum due to the presence of principle bioactive compounds viz., Ethyl cinnamate, Tetradecane, Pseudoionone and methyl tetradeconate. Oleic acid is responsible for the mosquito repellent activity. Nonadecane act as a pheromone and this attracts the parasitoid of the host insect. Benzyldiethyl- (2,6-xylylcarbamoylmethyl)- ammonium benzoate called denatonium benzoate present in G. corticata has been used as toxic bait for pestiferous German wasp (Vespula germanica ). The toxic effect of L. ceranoides on S. litura may be due to the presence of any one or more than one phytochemical identified and its characterization in future would pave for many insights in developing a potential biopesticide for future.

The authors are grateful to Tamilnadu State Council for Science and Technology (TNSCST), Govt. of Tamilnadu, India, for extending financial support for conducting the research. The authors are also grateful to Department of Entomology, Faculty of Agriculture, Annamalai University, India for providing laboratory facilities.

Copyright: © 2019 Kannan R, et al. This is an open-access article distributed under the terms of the Creative Commons Attribution License, which permits unrestricted use, distribution, and reproduction in any medium, provided the original author and source are credited. 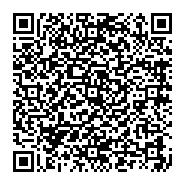