Alternative therapy for Klebsiella pneumoniae eradication from natural products is gaining much attention. The aim of the present study was to determine the physico-chemical parameters and the synergistic effects of six natural honeys in combination with potato starch against pathogenic Klebsiella pneumoniae. Physico-chemical parameters, such as fructose, glucose, maltose, sucrose, Diastase number and Hydroxymethylfurfural (HMF) content were measured. The antibacterial activity was tested using the well-agar diffusion assay. The fructose, glucose, maltose and sucrose values range between 25.20-37.81%, 21.45-30.95%, 4.72-78.45% and 0.00-0.68%. Hydroxymethylfurfural (HMF) content shows values between 3.8 and 78.4 mg/kg, diastase values were between 7.3 and 22.1 Schade. The zone inhibition diameter (ZID) for the six honey samples without starch against Klebsiella pneumoniae ranged between 18 and 24 mm. When starch was mixed with honey and then added to well, a zone inhibition increase diameter (ZIID) 25 and 32 mm. The percentage increase (PI %) was noticed with each variety and it ranged between 25 and 66.66%. Positive correlation has been established between the zone increase of inhibition and the fructose, glucose and Diastase number. Negative correlation has been established between the zone increase and the sucrose. The results of the present study showed that the combination effects of honey and potato starch were predominately synergistic. The in vitro synergistic activity of honey and potato starch against bacteria is reported here for the first time.

The overuse of antimicrobial agents is one of the major factors in the development and spread of drug resistance in organisms, as well as in colonization and infection by drug-resistant organisms. Klebsiella pneumoniae is a successful opportunistic pathogen and has been associated with various ailments such as urinary tract infection, osteomyelitis, meningitis, septicemia, respiratory tract infection and diarrhea [1,2]. Treatment ofK. pneumoniae infections has become increasingly difficult because of the predominance of multipleantibiotic- resistant strains [3,4]. Thus, it is urgent need to find out new antimicrobial agents. Natural products traditionally have played an important role in drug discovery and were the basis of most early medicines [5]. Honey is a natural product that is used for its antibacterial activity [6-10]. Honey, produced by the honeybee, is a natural supersaturated sugar solution, which is mainly composed of a complex mixture of carbohydrates [11]. Carbohydrates, the main constituents of honey, are produced by honey-bees from nectar sucrose, which is transformed through the action of different enzymes, notably, diastase (α- and β-amylase), invertase (α-glucosidase), glucose-oxidase, catalase and acid phosphatase, which come from nectar sources, salivary fluids and the pharyngeal gland secretions of the honeybee [12]. Amylase in honey mainly originates from the salivary secretions of honeybees, which was concluded based on the presence of amylase in honey produced by sugar-fed honeybees [13]. Diastase (mixture of amylases) is used to evaluate honey freshness and heat treatment. Diastase is largely from honeybees with a contribution from pollen and nectar [14]. The α-amylase splits the starch chain randomly, producing dextrin, and the β-amylase splits the reducing sugar maltose from the ends of the starch chain. According to the Honey Quality and International Regulatory Standards, from the International Honey Commission, the diastase activity must not be less than or equal to 8, expressed as diastase number (DN). DN in Schade scale, which corresponds to the Gothe scale number, is defined as g starch hydrolyzed in 1 h at 40°C per 100 g honey. HMF (5-hydroxymethylfurfuraldehyde) measurement is used to evaluate the quality of honey; generally not present in fresh honey, its content increases during conditioning and storage [15]. The European Union [16] (EU Directive 110/2001) fixed a HMF limit in honey of 40 mg/kg. In this study, we evaluated the antibacterial activity of six varieties of honey and their combination with potato starch in correlation with diastase number (α- amylase), and sugar content.

Six natural honey samples from Algeria were collected. All samples were collected directly from beekeepers in 2011-2012 and stored in the dark at 4°C.

Preparation of the stock starch solution

The stock starch solution was prepared by dissolving 0.5 g of dried soluble starch in deionised water in a volumetric flask. After heating and stirring the solution for approximately ten minutes, starch was completely dissolved, and the volumetric flask was filled with deionized water to the mark.

All physicochemical tests were performed in triplicate.

Determination of HMF was made according to the Winkler [17], method where, to aliquot parts of a honey solution, solutions of p-toluidine and barbituric acid were added and the resultant color measured against a blank in 1 cm cuvettes at 550 nm. The diastase activity was determined photometrically by the Phadebas method [18]. The results are expressed as a diastase number (DN) in Gothe or Schade units. One unit corresponds to the enzyme activity of 1 g of honey, which can hydrolyse 0.01 g of starch in 1 h at 40°C and pH 5.2. The diastase activity, expressed as DN or diastase number, was calculated from the absorbance measurements using Eqs. (1) and (2) for high (8-40 diastase units) and low (up to 8 diastase units) activity values, respectively:

Bacterial culture and inoculum preparation: Pure culture of Klebsiella pneumoniae ATCC 27736 was obtained from the Department of Biology, Faculty of Sciences, Mostaganem University, Algeria. The bacteria was grown on Nutrient Agar (NA; Merck Germany) slant, incubated at 37°C for 24 h, and kept at 4°C until further use. Bacterial suspension was prepared by inoculating one loopful of the 24-h old bacterial colonies into 10.0 ml of sterilized distilled water. The inoculums size was adjusted to match the turbidity of McFarland 0.5 scale (1×108 cells/ml) and diluted with sterilized distilled water to the inoculums size of 1×107 cells/ml.

Each honey was analyzed in triplicate. Results are shown as mean values and standard deviation. Correlations were established using Pearson’s correlation coefficient (r) in bivariate linear correlations (p<0.01). All statistical analyses were performed with the Statistica 7.0 software for Windows.

Table 1 shows the means, standard deviations and ranges of the various physicochemical parameters analyzed: glucose, fructose, Fructose/Glucose ratio, saccharose, maltose, diastase number and HMF content. Honey is mainly composed of the monosaccharides glucose and fructose. Our results show a mean glucose content of 27.56 g % and a mean fructose content of 35.74 g % (Table 1). It has been proposed that the proportion of fructose to glucose depends largely on the nectar source [21]. Also Molan [22] reported that the proportions of fructose and glucose are determined by the composition of the plant secretion. It has been reported that the average ratio of fructose to glucose contents is approximately 1.3 [23]. In our study, the ratio of fructose to glucose is between 1.14 and 1.44 (mean=1.3) (Table 1), which may have an effect on honey flavor given that fructose is sweeter than glucose. Also the ratio of fructose and glucose can be used as an indicator for the identification and classification of unifloral honeys [24-26]. Sucrose is present in six samples, ranging between 0.00 and 0.68% (Table 1) the content of sucrose in the all tested samples was in conformity with the limits established by the European Codex Honey Standards, which are <5 g/100 g for honeys in general and up to 10 g/100 g for Citrus honeys [27]. A high sucrose concentration in honey usually reflects an early harvest because the sucrose has not been fully transformed into glucose and fructose by the action of invertase [28]. According to Da Costa Leite et al. [29], the reason for the variable levels of sucrose could be that a transglucosylation reaction is initiated by transference of the α-D-glucopyranosyl unit from sucrose to an acceptor molecule. Maltose was the most abundant disaccharide in honey constituting from 8.45 to 4.72 mg/g (Table 1). Maltose content in natural honey is generally less than 30 mg/g [30,31]. Maltose in some honeys originating from certain plants can be up to 50 mg/g [32,33]. Literature data shows that high amounts of maltose may indicate adulteration of honey by sugar syrup or starch hydrolysate [33,34]. The content of hydroxymethylfurfural in honeys ranged from 3.8 to 78.4 mg/kg (Table 1). One of the samples (samples 1) showed levels of HMF higher than the allowed limits of 40 mg/kg, which are indicative of temperature abuse during processing and/or bad storage practices. Several factors influence the levels of HMF, such as temperature and time of heating, storage conditions, pH and floral source [35]. Diastase is a natural enzyme of honey. Its level depends upon geographic and floral origins of the product, as well as on its freshness. As with HMF, diastase activity can be used as indicative of aging and temperature abuse, but with precaution, since its variability has been higher, confirmed in several honeys [35]. The honey samples analyzed in the present work show a range of values, between 7.3 and 22.1 Schade units. One sample (H5) show values below 8 Schade units (Table 1).

The six honey samples were studied in terms of antibacterial activity were performed in duplicate. The differences in inhibition were observed for six types of honey sample (H1) has the largest inhibition with an average diameter of 32 mm, followed by the sample (H2 and H3) in (30 mm), H6 (28 mm), H4 (27 mm) and finally the sample H5 (25 mm). No zone of inhibition was determined with starch alone (Figure 1). Antibiotic-resistant bacteria continue to be of major health concern world-wide. For all antibiotic classes, including the major lastresort drugs, resistance is increasing worldwide [36,37]. Consequently, scientific efforts have been made to study and develop new compounds to be used beyond conventional antibiotic therapy. For centuries, honey has been used as remedies and treatments of diseases. The antimicrobial activities of honey toward various pathogens have been widely investigated. The mechanism of honey antimicrobial activity is complex and might be attributed to the synergistic activity between its various potent biological ingredients such as phenolics and flavonoids [38-40]. Many factors influence the antibacterial activity of honey s such as the honey origin, bee species and extract preparation [41]. The variations in antibacterial activity of honey can be related to the amount of hydrogen peroxide and the presence of additional antibacterial components derived from the nectar source [6]. Honey is an extremely varying and complex mixture of sugars and other minor components. Fructose is the most dominant sugar followed by glucose in almost all types of honey. The use of sugar for the treatment of infected wounds was investigated in in vitro experiments with bacteria pathogenic to humans, such as Escherichia coli, Pseudomonas aeruginosa, Klebsiella pneumoniae, and Staphylococcus aureus [42]. Herszage et al. [43] followed the evolution of bacterial flora present in various infected wounds being treated with sugar. Bacteria initially present included, Klebsiella sp. disappeared during the first days of sugar treatment. Recent experimental finding indicated that the amylase present in honey increases the osmotic effect in the media by increasing the amount of sugars and consequently increasing the antimicrobial activity [8,44-46]. Synergism is a positive interaction created when two agents combined and exert an inhibitory effect (on the targeted organisms) that is greater than the sum of their individual effects. In present study honey collected from Algeria has a potent antibacterial activity against K. pneumoniae, and showed synergistic properties when they were mixed with potato starch. In our study, the addition of starch potato honey showed a significant increase in the inhibition zone for honey studied against the strain. Amylase present in honey was expected to split starch chains into randomly produced dextrin and maltose and probably increases the osmotic effect in the well by increasing the amount of sugar and consequently increases the antibacterial activity [45]. Previous studies also show that the addition ginger starch to honey could contribute to reducing the quantity of honey to be used without losing the expected effect [44-46].

The major value of this study is the demonstration that the combination of honey with a potato starch primarily results in synergy. In summary, we found that, when used in combination, the six natural honeys and potato starch exhibited strong synergy in inhibiting the growth of K. pneumoniae. This is the first study to report antibacterial synergism for honey and potato starch.

Copyright: © 2012 Ahmed M, et al. This is an open-access article distributed under the terms of the Creative Commons Attribution License, which permits unrestricted use, distribution, and reproduction in any medium, provided the original author and source are credited. 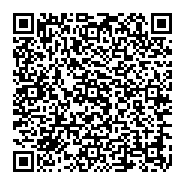