Pioneer in the study of phytochemistry in the country, Otto Richard Gottlieb was responsible for numerous advances in natural product chemistry, botanical evolution research and chemical ecology [1]. He also contributed to the development of drugs from his work with neolignans. Decreased on June 20, 2011, at age 90, this member of the Brazilian Academy of Sciences worked at the largest universities and research institutions in the country, and knew of the need for multidisciplinary efforts to understand the workings of nature. The extinction of important species in the country even before a mapping was done on the subject.

Gottlieb revealed the great biodiversity of the flora found in Brazil and promote the research area called phytochemistry in the country, being a pioneer in studies on the chemistry of essential oils which is one of the most important export products in the country [2].

Gottlieb considered that, at the end of the last century, understanding the mechanisms of nature was of essential importance for the future of life on planet Earth and constituted the most significant challenge for scientists living on the last biological frontiers. This interdisciplinary approach permeated his entire work, but concerned only with a theme that was the preservation of biodiversity in Brazil.

The research developed by Gottlieb revealed a certain “language” of the plants found in the Amazon, revealing a true interdisciplinary synthesis on plant chemistry and his research on the evolution of botany in Brazil which opened new avenues for this science in the country [3].

Gottlieb coordinated the USP natural products laboratory, and in this laboratory he coordinated research on plant chemistry with pharmacological application and was also the creator of a discipline and research area called chemo system, a discipline that aims to quantify and map the biodiversity, helping to indicate the value of the chemical and pharmacological potential of its plant species in a region. To this end, it broadens the parameters traditionally used, not limited to external aspects of plants such as leaves and flowers, and above all, integrates chemistry with biology, ecology and geography [4].

Neolignans as previously mentioned and lignans were the subject of a vast study by Otto Gottlieb and their pharmacological properties. Neolignans and lignans comprise a large class of natural products with a high diversity in their chemical structure and pharmacological activities, consisting of two phenyl propionic units.

Neolignans, it was later discovered, also have anti-inflammatory properties. Other scientists have also proven its effects on altering the diuresis of the transmitting agent of Chagas disease.

Regarding its scientific production, there were more than 650 publications, including articles, book chapters, patents, 652 invited conferences (466 in Brazil and 186 in 26 other countries), 145 courses taught (93 at postgraduate level) [5].

In an article published in the magazine Natural Products Letters in 1993, co-authored with Maria Auxiliadora Kaplan of UFRJ, Gottlieb proposed the redox theory, by which species, they must adapt to antagonistic processes of fighting for and against water and oxygen to survive. That is, both water and oxygen can be either beneficial or harmful if they are in excess or lacking.

Gottlieb used basic biogeochemical philosophy to create new concepts, “ such as the redox theory in place of the defense theory, interdependence of macro and micromolecular metabolism, and metabolism function in cell signaling”.

Gottlieb explains the system of organic nomenclature he developed: “Anyone who isolates and describes a large number of natural substances from habitually complex structures can be seen with the true seven-headed animal, the nomenclature [6]. The rules are so varied and complicated that not even consulting a book guarantees the correct wording. With Maria Auxiliadora Kaplan, I elaborated a new system of nomenclature, in which an organic three-dimensional structure is figured as a geometric shape composed of nodes (representing atoms) and bonds. The chemical nature and relative position of the nodes are described by a numerical system. There is no need to memorize empirical terms and just know the rudiments of chemistry to be able to apply the system to even the most complex structure imaginable”.

Chemistry, under his care, led to a broad view of science. "Studying plants has allowed us to understand the rules that underpin the functioning of life, of Nature," said the scientist. Investigating the origin of life through the study of plants may seem at first glance curious. But it is exactly this correlation that forms the basis of the scientist's research on evolution, systematics and molecular ecology of plants [7].

Gottlieb's legacy is beyond his research, he was an innovative researcher who proved he saw beyond his time and had an analytical eye for preserving species and maintaining biodiversity not only in his country but in the world.

Copyright: Â© 2019 da Silva MAG. This is an open-access article distributed under the terms of the Creative Commons Attribution License, which permits unrestricted use, distribution, and reproduction in any medium, provided the original author and source are credited. 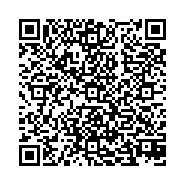