Advance in modern medicine and practice of healthy living have made it possible to increase human life expectancy which, however, also brings about many age-related health challenges such as cardiovascular disease, diabetes, Alzheimer’s disease (AD), cancer and neurological disorders. Aging is a complex multi-factorial process of decline in many molecular and cellular functions over time, rendering an organism frail and susceptible to disease and death [1]. While there have been many attempts to find ways to slow down the aging process over the last few decades, a conceptual strategy referred to as dietary caloric restriction (CR) remains the most robust and reproducible method for slowing down aging and maintaining health, function, and vitality [2]. Thus better diagnosis and management strategy could provide a huge saving for the health care cost around the globe. Despite significant progress made in modern medicine, the prevalence of most of the age related diseases is still on the rise probably mainly because of the aging population, and finding an optimum preventive therapy to slow disease progression remains a therapeutic challenge [ 3].

Natural health products (NHP) are increasingly used as part of healthy lifestyle factor, and as a complementary strategy for chronic disease prevention [4]. Resveratrol is a naturally occuring product found abundantly in grapes and red wine with anti-oxidant, antiangiogenic, anti-inflammatory, anti-viral and anti-cancer properties [ 5]. It is considered an important dietary ingredient associated with the well known "French Paradox" in which drinking wine regularly can reduce the risk of cardiovascular disease, stroke, cancer, and AD [5-8]. Chemically, resveratrol is a natural polyphenolic stilbenoid (3,5,4′- trihydroxy-trans-stilbene) found in many plant species such as pine trees, grapes, peanuts and berries, as well as in processed food products such as red wine. It is a biologically active compound that acts on different targets in several models of cardiovascular and age related diseases including AD to exert the protective and anti-oxidant effects resulting in reduction of cardiovascular risk factors [5,9,10]. While details of the cardiovascular protective effect is not fully understood, a most likely mechanism is the effect of resveratrol to up-regulate endothelial nitric oxide synthase (eNOS), and scavenge oxygen free radicals which can limit lipid peroxidation and prevent tissue damage [ 8]. Resveratrol has been shown to increase bioavailability of nitric oxide (NO) in bovine aortic endothelial cells (BAEC) under oxidative stress induced by glucose. Preclinical studies have identified several molecular targets (e.g., SIRT-1, AMPK, Nrf2, NFkappaB, etc) linking its effect to improved endothelial dysfunctions in cardiovascular and metabolic diseases [8,11].

A number of studies demonstrating the beneficial effect of resveratrol on energy metabolism and autophagy have been reported in experimental animal models of cardiometabolic disease and AD. For examples, resveratrol has been shown to preserve mitochondrial morphology and cellular content of ATP, ADP and AMP in myocardium in an experimental rat model of sepsis [12]. It has also been suggested cardioprotective effect of resveratrol is at least in part attributed to preserving cellular autophagy which is essential to maintain cardiomyocyte homeostasis and plays an important role in cell survival after cellular stress and starvation [13]. Dysfunctioning of autophagy process in the cardiovascular system can lead to cardiac hypertrophy and failure, and eventually cell death. In addition, it was shown resveratrol has protective effect against cardiotoxicity induced by doxorubicin such as reduction in tissue damage and serum cardiac enzyme activities, preserving mitochondrial morphology and inherent anti-oxidant capacity [14]. Furthermore, the neuroprotective effects of resveratrol have been demonstrated in several in vitro and in vivo models of AD [15], which may be linked either directly or indirectly to protection against mitochondrial dysfunction in aging [16].

Potential benefit from regular dietary supplement of resveratrol for prevention of cardiometabolic disease and AD has been shown recently in several clinical trials [17,18]. For examples, a significant reduction in total cholesterol, blood pressure (both SBP and DBP), glucose, and insulin has been shown in obese individuals taking 300 mg or more of resveratrol per day [18]. There is also evidence to support its therapeutic potential for management of congestive heart failure [19] and protection against neurodegenerative disease such as AD [20]. A similar health benefit from resveratrol was also reported for cardiovascular protection and neuroprotection against stroke in a different clinical setting [8]. In contrary there were other clinical studies challenged the beneficial effect of resveratrol to human health [ 21] suggesting further studies are needed to confirm the current findings which are still at best very exploratory.

Despite over 70% of resveratrol taking orally is absorbed across the gastrointestinal epithelium, the oral bioavailability is less than 1% because of rapid and extensive first pass metabolism mainly by Phase II metabolic reaction to sulfate and glucuronide conjugates [22,23]. It is not water soluble and also chemically unstable which requires development of custom designed formulation optimized specifically for resveratrol to enhance its oral delivery such as using micro- and nano-encapsulation with suitable carriers [22]. It is also a substrate of efflux transporter proteins such as MRP2, MRP3, and ABCG2 which could further limit its gastrointestinal absorption and intracellular concentrations [24]. It is probable absorption of resveratrol from gastrointestinal tract from drinking wine which contains other natural products is different from taking it alone as a supplement.

Resveratrol may complement the therapeutic effect of traditional prescription drugs and exercise. Although only limited data are available, a number of studies have shown resveratrol can enhance the anti-hypertensive effect of typical vasodilators, and potentiate the cardioprotective effects of statins and other anti-ischemia agents. While the beneficial effect of exercise on cardiovascular health is well documented [25], a synergy between exercise and resveratrol is not established and will require further investigation. It has been shown resveratrol enhanced the beneficial effects of exercise on cardiac function in normal young rats [26]. However, the complementary effect was not supported by a recently reported clinical study in which resveratrol blunted the cardiovascular protective effect in elderly men [ 27]. Thus further studies using experimental animal model and in clinical setting to assess the potential synergy between exercise and resveratrol are needed to support its potential role in complementary medicine.

It is apparent reservatrol has therapeutic potential for cardiovascular protection and prevention similar to other known natural anti-oxidants such as co-enzyme Q10 [28] and omega-3 fatty acid [29]. It may also be used as an adjunct therapy to attenuate the aging process and management of AD. However, it is probable taking resveratrol by drinking wine does not have the same effect as taking it as a dietary supplement. Thus further research is needed to assess the importance of CR and the catabolizing enzymes involved in energy metabolism (e.g., AMPK, adenylate kinase, etc.,) as a mechanism to slow down aging following the two different mode of taking resveratrol. More research is also needed to determine the interactions of resveratrol (good and bad) with traditional prescription medicines and life style factors such as exercise or other natural health products. Pharmaceutically, it remains a challenge to formulate resveratrol to deliver it systemically with a respectable oral bioavailability.

Copyright: © 2017 Pollen KY. This is an open-access article distributed under the terms of the Creative Commons Attribution License, which permits unrestricted use, distribution, and reproduction in any medium, provided the original author and source are credited. 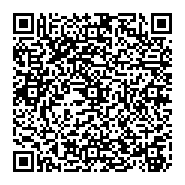