Isotopes were discovered by Frederick Soddy which are the different forms of the same elements that differs in their number of neutrons and also possess radioactive properties. These isotopes are relatively stable and could be used for numerous purposes.

Discovery of isotopes began when evidences were gathered to reveal that some element possess radioactive properties. In 1910, it was observed that certain elements transformed from their unstable state to a highly stable state following the emission of radiations that were found to be radioactive. Salts of thorium and uranium were identified as radioactive. Ionium was produced by uranium ores while mesothorium was yielded by thorium ores which gave these elements their recognized names. Since ionium when mixed with thorium could not be restored by chemicals routes. Likewise, mesothorium was found to be chemically similar to radium. So, it was concluded that ionium and mesothorium were different forms of their corresponding existing elements. Such elements were termed as “Isotopes” by Frederick Soddy who won a Nobel Prize in 1921 for his tremendous work [1]. Isotope is defined as the form of the same elements with different number of neutrons. It means they differs in their atomic masses but have similar atomic number therefore occupy the same position in the periodic table. He also revealed uranium and thorium decay into different isotopes of lead. Since lead was discovered from uranium and thorium rich ores with different atomic masses of 206.08 and 207.69 respectively [2-4]. There are numerous stable isotopes of different element with varying relative abundance given below in Table 1 [5-9].

These stable isotopes of different elements have a wide range of applications in different research areas some of their applications are stated below in Table 2 [10-20].

The main world isotope suppliers are as follows:

HFETR at Chengdu in China,

HFR at Petten in Netherlands,

LWR-15 at Rez in Czech Republic,

NRU at Chalk River in Canada,

Osiris & Orphee at Saclay in France,

So, it was concluded that discovery of different isotopes of different elements could offer numerous biological and chemical applications used for the welfare of mankind.

Copyright: © 2017 Tabassum Khan N. This is an open-access article distributed under the terms of the Creative Commons Attribution License, which permits unrestricted use, distribution, and reproduction in any medium, provided the original author and source are credited. 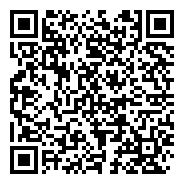