To evaluate the efficacy of a calcium bentonite clay for the amelioration of the effects of aflatoxin on broiler growth performance and relative organ weight, a total of 288 one-day old Ross 308 straight-run broilers were fed a commercial type corn-soy broiler starter diet formulated with 20% DDGS over a three-week rearing period. There is evidence that fermentation co-products can have increased mycotoxin concentrations than compared to the original grain. Four mash basal diets were prepared using various concentrations of clean corn and DDGS and aflatoxin-contaminated corn and DDGS and were found to contain 16, 228, 366 and 681 ppb aflatoxin in the final feeds. Each diet was then blended with 0.5% of either a non-binding kaolinite or aflatoxin-binding calcium bentonite clay, which were sprayapplied as a liquid suspension during mixing. Weekly feed consumption and body weights per pen were recorded. On day 21, all birds were killed and weighed individually, and the liver, kidney, spleen, and bursa of Fabricius from were weighed and relative organ weights were calculated. All data were analyzed as a 2×4 full-factorial with 2 sources of clay at 4 concentrations of aflatoxin. All levels of aflatoxin significantly (p ≤ 0. 05) increased cumulative feed conversion and decreased broiler productivity index at 21 days of age. Relative liver weights were significantly increased by all aflatoxin levels. Relative kidney weights were significantly higher beginning at the 366 ppb level. The relative spleen and bursa weights were unaffected. The inclusion of spray-applied bentonite clay had no effect on the toxicity of aflatoxin in this trial when compared to the non-binding kaolinite clay.

With ethanol receiving considerable attention as a potential source for renewable fuel in recent years, corn prices have increased and the use of fermentation co-products, such as Distiller’s Dried Grains and Solubles (DDGS), have become more common in animal feeds. Any mycotoxins contained in grain bound for fermentation will still appear in the co-products that end up in animal feeds [1]. In fact, fermentation and distillation can increase mycotoxin concentrations up to three-fold in corn-derived co-products [2].

Mycotoxins are secondary metabolites produced by certain fungal species (e. g. Aspergillus, Penicillium, and Fusarium). Within the family of mycotoxins, there are a variety chemical structures, biological properties, and levels of toxicity. Aflatoxins are a member of this mycotoxin family and are considered one of the most potent natural carcinogens. Of the categories of aflatoxin, aflatoxin B1 has the most potent biological effects. No animal species is immune to the effects of aflatoxin contamination in the diet. The Aspergillus species that produce aflatoxins are ubiquitous in the soil and are a common contaminant of feed crops in warm, humid climates. In poultry, aflatoxin exposure has been shown to have effects ranging fromreduced feed intake and weight gain, decreased egg production, immunosuppression, increased relative liver and kidney weights, impaired serum biochemistry, and ultimately mortality [3-6]. It has been demonstrated that aflatoxin exertsits toxic effects upon absorption in the gastrointestinal tract and bioactivation of the molecule in the liver. Aflatoxin B1undergoes epoxidation at the terminal furan ring (8,9 position) to form the carcinogenic metabolite aflatoxin B1–8,9 epoxide. Once activated into the epoxide, aflatoxin B1 can form adducts with DNA, RNA, and protein, inactivating tumor suppression and impairing protein synthesis and function [7].

Once produced, aflatoxins are relatively stable compounds that are not destroyed by conventional feed processing techniques. If improperly handled during harvest, transport, or storage, Aspergillus spp. can continue to produce more aflatoxin. Preventing the growth of aflatoxin-producing mold species on crops in the field would be an advisable strategy for reducing the incidence of aflatoxin contamination in feedstuffs. For example, the commercial product aflaguard ™ is designed to deliver spores of a nontoxic strain of A. flavus to offer protection in the field via competitive exclusion. However, in cases where such preventative management either cannot or has not occurred, poultry producers require cost-effective methods of detoxifying contaminated seed or grain. The use of non-nutritive, claybased adsorbents has proven effective at reducing the toxic effects of aflatoxins in various animal species. These various aluminosilicate and bentonite clays have been shown in vitro to bind aflatoxins in the interlayers of the clay structure as well as on the edge with relatively high affinity [7-9]. Once bound, the aflatoxins can pass through the gastrointestinal tract unabsorbed, thereby reducing the toxic effects. The inclusion of such clay-based binders has been shown in vivo to have a significant protective effect against aflatoxicosis in a variety of species [10-13].

The objective of the present study is to determine the protective efficacy of including a particular calcium bentonite clay as a wet, sprayapplication in the presence of dietary aflatoxin on the growth and performance of starting broilers fed diets containing 20% DDGS.

Aflatoxin for this trial was introduced by inoculating yellow dent corn and DDGS with live fungal cultures of Aspergillus parasiticus. Inoculated grains were incubated for five days at 37°C and then kept in a portable cement mixer under green-house conditions for one week with daily mixing. The contaminated grains were then assayed by the Office of the Texas State Chemist for total aflatoxin concentration and were determined to contain 6000 and 1400 ppb for the corn and DDGS, respectively.

Dietary treatments were arranged as a complete 2×4 factorial design, with two clay sources at four concentrations of aflatoxin. Four mash basal diets (calculated to be isocaloric and isonitrogenous and to contain 20% DDGS) were prepared by blending various concentrations of the non-contaminated corn and DDGS with the aflatoxincontaminated corn and DDGS with a basal soybean meal concentrate such that there would be a 0, Low, Medium, and High aflatoxin treatment diet. Each diet was then sub-divided and blended with either 0.5% of Non-aflatoxin Binding kaolinite Clay (NBC) or high-affinity binding calcium bentoniteclay (TX4). The clays were applied as a water-suspension that was spray-applied to the treatment diets with a commercial paint sprayer during mixing. Composition of the basal diet is presented in Table 1.

1Vitamins and trace minerals were added at a level to meet or exceed the NRC (1994) requirements for starting broilers
2Kaolinte clay was added as non-binding, control clay. A calcium bentonite was added as aflatoxin-binding treatment clay
3Nutrient values are calculated

Table 1: Composition of the basal diet.

HPLC analysis of samples of the NBC treatments diets by the Office of the Texas State Chemist found there to be 16, 228, 366, and 681 ppb in our 0, Low, Medium, and High aflatoxin groups, respectively. Previous work in our laboratory using NBC and TX4 clays have been at levels closer to 0, 500, 1000, and 2000 ppb. So this study presented an opportunity to evaluate the efficacy of the TX4 calcium bentonite clay at ameliorating aflatoxicosis at relatively lower levels of aflatoxin.

A total of 288 straight-run, Ross 308 broiler chicks obtained on the day of hatch were randomly assigned to 48 battery-brooder pens (six birds per pen, six pen replicates per eight dietary treatments) such that the initial weight per pen would be ± 10 g of the mean weight per pen. Birds were allowed ad libitum access to feed and water for 21 days. Feed consumption and body weight per pen were recorded weekly. Mortality was checked for and monitored daily. Upon termination, the organ weights for the liver, kidney, spleen, and bursa of Fabricius were collected and relative organ weights were calculated on a per bird basis.

All data were analyzed as a 2×4 full-factorial using the General Linear Model procedure of SPSS. Means for significant main effects were separated using Duncan’s Multiple Range Tests at a significance defined at p ≤ 0. 05.

The results for the growth parameters are presented in Table 2. Aflatoxin-inclusion had no effect on BW after 7 days. However, there was a significant main effect for the FCR beginning at the 200 ppb level, which was significantly higher than 0 ppb. The same effect was not seen for the cumulative FCR at 14 days, nor was there an effect on BW. Upon termination at 21 days of age, there was still no main effect for aflatoxininclusion on BW. The cumulative FCR was significantly increased equally by all three aflatoxin levels relative to 0 ppb. Further, a broiler productivity index was calculated (Livability [%]×Live weight [kg]/ age [d]/FCR×100), which was significantly reduced by the inclusion of aflatoxin at any of the three levels. There was no significant difference between clay-typesfor any variable at any of the three weeks. There was also no aflatoxin clay interaction at any point.

This study evaluated the effects of relatively lower levels of aflatoxin (<1000 ppb) on starter broiler performance and relative organ weights. Although weight gain was unaffected by aflatoxin, there were negative effects on feed conversion and productivity index and there was an increase in the relative weights of the liver and kidney. In this study, after 21 days on treatment diets, body weights between the 0 ppb treatment and the 600 ppb treatment only varied by 4%. In most cases in the literature where reductions in BW are reported, levels of aflatoxin in the feed are greater than 1000 ppb, whereas in this study all levels were less than 1000 ppb.

Feed conversion can often present an inconsistent measure of aflatoxicosis. Most often, it is found that feed consumption significantly decreases in conjunction with weight gain, leaving the FCR unchanged. Miazzo et al. [14] fed 2500 ppb aflatoxin to male broilers for 3 weeks beginning when the birds were 3 weeks of age. The researchers observed a significant reduction in weight gain but saw no effect on FCR. In two separate trials, Raju et al. [3] fed 300 ppb aflatoxin to broilers for 6 weeks. In both trials, there were significant reductions in feed consumption and weight gain but no effect on FCR. Zhao et al. [5] reported no effect on feed conversion by 1000 or 2000 ppb aflatoxin fed to straight-run broilers for 3 weeks. However, feed consumption was reduced by 1000 ppb and was further reduced by 2000 ppb. In this study, FCR was increased by 200 ppb aflatoxin after 3 weeks on treatment diets, while body weight was unaffected. This supports the conclusion that FCR should not be considered in isolation from the other production parameters with respect to aflatoxin exposure.

Along with reductions in growth rate, liver damage is a common effect that has been associated with aflatoxicosis since it was first characterized [15,16]. In this study, both the relative liver weights and relative kidney weights were significantly increased by aflatoxin. Organ weights appear to be more sensitive to aflatoxin exposure when compared with body weight or feed consumption.

The inclusion of TX4as a spray-applied clay amendment to treatment diets did not offer any amelioration for the main effects of aflatoxin dose when compared to treatment diets containing the NBC. Previous reports that included the same concentration of a clay-based binder found that the additives offer significant protection against the effects of aflatoxin. In Gowda et al. [4], broilers fed 0.5% of a hydrated sodium-calcium aluminosilicate in diets containing 1000 ppb aflatoxin showed significant improvements in the weight gain and relative liver weights at three weeks of age. Kermanshai et al. [17] found that 0.5% of a sodium bentonite offered significant amelioration against the effects 1000 ppb aflatoxin had on weight gain for three-week old broilers. However, since the 500 ppb aflatoxin treatment had no effect on weight gain, the efficacy of the sodium bentonite at that level could not be determined. Aflatoxin levels in this trial were all less than 1000 ppb, which may explain the lack of main effects of the clay inclusion.

The use clay-based adsorbents have proven effective at binding aflatoxin with relatively high affinity in vitro and at reducing the toxic effects of aflatoxin in various animal species in vivo. Evaluating the efficacy of clay-based binders as possible interventions for ameliorating aflatoxicosis in animal feeds cannot be experimentally demonstrated in trials where relatively low-levels of aflatoxin do not produce significant main effects. However, feeding larger doses of aflatoxin to obtain a higher level of confidence will subject the additive to a scenario that is less representative of a “real world” situation. This particular sprayapplied calcium bentonite clay included at 0.5% of the diet did not ameliorate the toxicity caused by aflatoxin levels less than 1000 ppb.

Copyright: © 2014 Fowler J, et al. This is an open-access article distributed under the terms of the Creative Commons Attribution License, which permits unrestricted use, distribution, and reproduction in any medium, provided the original author and source are credited. 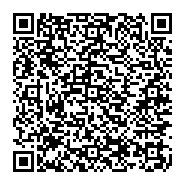