Pinus roxburghii Sarg. is a traditional plant used in the treatment of diabetes mellitus ethnopharmacology in India and Africa. In this written report, we looked into the antidiabetic activity using α-amylase inhibitory assay on extracts from the bark of Pinus roxburghii Sarg. by bioassay guided fractionation. The ethanol extract (43.4% inhibition) and the isolated compound (49.6% inhibition) exhibited significant enzyme inhibitory activity against α-amylase. This is reported, from this plant, for the first time. The 1H and 13C NMR, IR and mass spectral studies of isolated compound suggested it as quercetin. Our study revealed, for the first time, the isolation and α-amylase inhibitory activity of quercetin from Pinus roxburghii Sarg. bark.

Diabetes mellitus is a metabolic issue portrayed by perpetual hyperglycemia or expanded blood glucose levels with unsettling influences in fat, starch and protein digestion system coming about because of total or relative absence of insulin secretion [1]. Postprandial hyperglycemia is a noticeable and early imperfection in diabetes [2] which can thus prompt different auxiliary complexities including danger component for cardiovascular ailments [3]. One helpful way to diminishing the hyperglycemia, particularly after a feast, is to retard and lessen the assimilation and retention of ingested carbohydrates through the hindrance of carbohydrate hydrolyzing enzymes (α-amylase) in the digestive system. Accordingly, these inhibitors could diminish the postprandial climb in blood glucose concentration [4]. α-Amylase is one of the enzymes in the digestive framework that catalyzes the breakdown of starch to maltose lastly to glucose, which is the main sugar that can be used by the body [5]. Enzyme inhibitors can be a potential focus in numerous ranges of ailment control and treatment, as enzymes catalyze the most vital biochemical pathways [6].

The greater part of the monetarily accessible amylase and glucosidase inhibitors are of microbial origin. Their utilization has been restricted because of their symptoms, for example, fast and loose bowels because of colonic maturation of undigested sugar [7,8]. At the point when contrasted with the microbial partners, amylase inhibitors from therapeutic plant are extensively sheltered and compelling. Among 1200 plants which have hypoglycemic property, just 30% of the opposition to diabetic plants have been pharmacologically tried and explored [9]. In this manner, α-amylase inhibitors can be utilized to treat disease such as diabetes, obesity and hyperlipaemia [10].

The IR spectrum was obtained from a Perkin Elmer, Model: Spectrum-100. NMR experiments were carried out on a Bruker 300 MHz spectrometer using tetramethylsilane (TMS) as internal standard. The ESI-MS were recorded on an Agilent Chem station Gas Chromatograph equipped and coupled to a mass detector with a polar column.

The bark of Pinus roxburghii Sarg. were gathered from the hilly region of Morni, District Panchkula, Haryana, and was authenticated by Dr. A.K Sharma, Sr. Scientist at Department of Natural Product, FRI, Dehradun, Uttarakhand, India, where a voucher specimen no. 129 FHH was deposited for future reference.

Shade dried coarse powdered bark of Pinus roxburghii Sarg. in a quantity sufficient as per the volume of the extractor was packed in a thimble (made of filter paper sheet) and sequentially extracted with petroleum ether, chloroform, ethyl acetate and ethanol. A sufficient volume of solvent was added to the reservoir, and hot continuous extraction process in a soxhlet extractor was started. This extraction process was continued for about 48 hours or until alcohol coming down the siphoning tube became colorless. The over abundance of solvent was distilled under reduced pressure using a rotatory vacuum evaporator. (Heidolph Laborota 4011, digital). All the extracts were evaluated for their potential to inhibit the enzyme α-amylase. As ethanolic extract proved to be most promising extract was further subjected to portioning between n-butanol and water. The n-butanol soluble fraction thus obtained was subjected to column chromatography over silica gel (number 60–120) and eluted gradually with chloroform:ethyl acetate:methanol (5:4:1). Fractions were pooled according to their similarity in behavior on thin layer chromatography. The fractions were concentrated to finally obtain compound 1 (21 mg). The compound 1 was dissolved either in methanol, chloroform, or dimethyl sulfoxide depending on its solubility for analysis. The structure of the isolated compound was elucidated from the data obtained from IR, 1H-NMR and 13C-NMR spectra.

The alpha amylase inhibitory activity was carried out by the method devised by [19]. Briefly, the total assay mixture containing 200 μl of 0.02M sodium phosphate buffer, 20 μl of enzyme (α-amylase) and the plant extracts at a concentration of 100 μg/ml were incubated for 10 min at room temperature followed by addition of 200 μl of 1% starch in all the test tubes. The reaction was terminated with addition of 400 μl of di-nitro salicylic acid color reagent, placed in boiling water bath for 5 min, cooled to room temperature and diluted with 15 ml of distilled water and the absorbance measured at 540 nm (Systronic- UV-VIS spectrophotometer). The control samples were also prepared accordingly without any plant extracts and were compared with the test samples containing the plant extracts prepared with different solvents. The results were expressed as % inhibition calculated using the formula:

Data are expressed as mean ± S.E.M. The data was analyzed by one-way analysis of variance (ANOVA) followed by Dunett’s t test to ascertain the level of significance using GraphPad InStat version 3.05 for Windows. Values of p<0.05 were considered statistically significant.

Identification of the chemical structure of the isolated compound

The compound was characterized by comparison of their spectroscopic data with those reported in literature. From these data and those presented in Table 2, compound 1 was identified as quercetin. 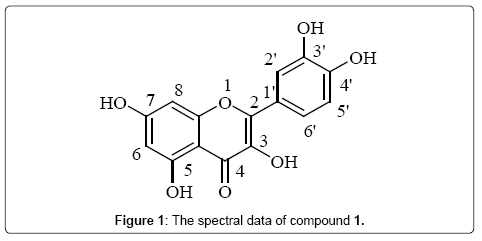 Figure 1: The spectral data of compound 1.

Copyright: © 2015 Kaushik P, et al. This is an open-access article distributed under the terms of the Creative Commons Attribution License, which permits unrestricted use, distribution, and reproduction in any medium, provided the original author and source are credited.