The most prevalent monogenic cause of ESKD, Autosomal Dominant Polycystic Kidney Disease (ADPKD), is characterised by hypertension, the persistent development of kidney cysts, and the degeneration of the kidney parenchyma. Significant progress has been made in recent years in terms of the diagnosis, prognosis, and understanding of the pathophysiology and course of the disease. There is currently no renal condition where nephronprotective measures are more appropriate. Implementing these methods and referring patients to nephrology early may have a significant impact. Total kidney volume is a useful prognostic indicator that categorises patients into groups with slow or rapid disease progression, which has consequences for their care. It is possible to measure the total kidney volume, categorise the condition, and predict the outcome using widely accessible equipment.

The most prevalent heritable cystic renal illness affecting children and adolescents is Autosomal Recessive Polycystic Kidney Disease (ARPKD). It differs from the more common Autosomal Dominant Polycystic Kidney Disease (ADPKD), which affects older people. From neonatal death to a milder progressive type that may not be identified until adolescence, the clinical spectrum demonstrates a wide range of heterogeneity. Oligohydramnios or anhydramnios, prenatal kidney enlargement, and the requirement for postnatal breathing support are risk factors for more severe ARPKD in newborns. Almost all ARPKD patients have congenital hepatic fibrosis, which is typically asymptomatic. Portal hypertension emerges during congenital hepatic fibrosis, making it crucial for the early diagnosis of liver fibrosis. An illness that affects the kidneys and other organs is polycystic kidney disease. Cysts are collections of fluid-filled sacs that form in the kidneys and prevent them from effectively filtering waste from the blood. Cyst development results in kidney enlargement and might result in renal failure. Besides the liver, other organs are also susceptible to developing cysts. Hypertension, pain in the back or sides, blood in the urine (hematuria), recurrent urinary tract infections, kidney stones, and abnormalities of the heart valve are all common complications of polycystic kidney disease. Additionally, polycystic kidney disease patients are at a higher risk of developing an abnormal bulge (an aneurysm) in the aorta, a significant blood vessel, or in the blood arteries at the base of the brain. Aneurysms might endanger your life if they burst or tear. The typical age of onset and how the two main kinds of polycystic kidney disease are passed down in families serve as distinguishing factors. Although kidney cysts are frequently present from birth or infancy, the signs and symptoms of the autosomal dominant variety (also known as ADPKD) typically appear in adulthood. Type 1 and type 2 autosomal dominant polycystic kidney disease can be further classified according to the underlying genetic aetiology. The autosomal recessive form of polycystic kidney disease, also known as ARPKD, is far more uncommon and frequently fatal in infancy. Typically, this condition's warning signs and symptoms appear at birth or in the first few months of life.

ARPKD is an autosomal recessive condition that equally affects men and women. Siblings can be heterozygous carriers. The majority of the time, the condition is brought on by changes in the PKHD1 gene, which is found on chromosome 6. In a small number of patients with an ARPKD-like phenotype, mutations in the gene DAZ Interacting Zinc Finger Protein Like (DZIP1L) have recently been discovered. Fibrocystin, also known as polyductin, is a very large protein that PKHD1 encodes. It has a sizable extracellular portion, one transmembrane domain, and a short cytoplasmic tail. Fibrocystin localises to primary cilia among other cellular locations, and evidence from preclinical and clinical studies suggests that the protein may play a role in the control of intracellular signalling pathways that are similarly impacted in the more prevalent Autosomal Dominant form of PKD (ADPKD). Overall, however, the role of fibrocystin is still not well known. Beyond the scope of this manuscript, a thorough explanation of the protein and its actions is not possible. Approximately 80%–90% of ARPKD patients had homozygous or compound heterozygous PKHD1 mutations. Up to 95% of families contain at least one variation. About 10% of the examined alleles are impacted by the most common variant that causes the T36M alteration in the protein. A complex PKHD1 splicing pattern and the extremely large number of known private variations without a clearly defined hotspot have made it difficult to assess genotypes, and genotype-phenotype correlations have continued to be shaky. It is generally acknowledged that patients with two truncating variations have a more severe phenotype and frequently lose their lives during pregnancy or delivery. Patients with at least one missense variant have shown milder phenotypes. However, new findings also show two truncating variations in some patients who survive the neonatal period, suggesting that even the existence of two missense mutations can be associated with a severe phenotype that is incompatible with neonatal survival. Additionally, variations across liver and kidney phenotypes and within families have been documented, and some patients with PKHD1 mutations that were convincingly present had minor clinical consequences even well into adulthood. So, when counselling families based on genotype, extreme caution is needed. More information is needed.

Numerous projects have been launched to collect longitudinal data to better understand clinical illness progression. Such information could also be useful for preimplantation genetic diagnosis, which is a possibility in ARPKD, particularly for expectant parents who have a history of a child who had a severe illness course or for couples who had a high chance of recurrence. After in vitro fertilisation, an embryo can be biopsied for genetic testing if the PKHD1 variations in the parents have been found. The use of non-invasive techniques might increase in the future. It is important to take into account medical, legal, and ethical issues, as well as respect for the patient's perspective and autonomy. For cystic kidney disorders, prenatal testing of kidney function beyond the diagnosis of oligo-anhydramnios is not well established. Recent reviews have covered significant general elements of biochemical indicators found in foetal serum and urine. Prenatal sonographic detection of enlarged kidneys, kidney cysts, and verification of oligo-/anhydramnios was identified as antenatal markers that may be useful to predict early dialysis reliance in ARPKD patients.

Multivariate Cox regression analysis revealed an independent association between the documentation of oligohydramnios or hydramnios, prenatal kidney enlargement, a low Apgar score, the need for postnatal breathing support and an increased hazard ratio for the need for dialysis within the first year of life. In a predictive model created from the information, the solitary or combined antenatal detection of larger kidneys, kidney cysts, and documentation of oligo-anhydramnios revealed a steady rise in the likelihood of early postnatal dialysis reliance. Although kidney failure is a rare cause of neonatal death, kidney function can improve in the first few months of life, as is the case with other inborn kidney illnesses on the CAKUT spectrum. Urinary output, serum creatinine and electrolyte levels, and acid-base status should all be evaluated in patients with prominent phenotypes beginning at birth and as the clinical course dictates. Overall, patients with perinatally symptomatic ARPKD appear to have lower longterm kidney function than children without prenatal manifestation.

In a sizable multinational cohort, kidney replacement therapy in newborns and infants has been demonstrated to result in roughly 80% survival after two years. In a North American cohort, children who started kidney replacement therapy in the first month of infancy had an overall survival rate of roughly 80% after three years, whereas children who started it later in the first year of life had an overall survival rate of 85%.

In nations with few resources, things can be more difficult. Even though early-onset kidney replacement therapy is an accepted form of care, the choice of whether to begin, continue, or stop the treatment depends on several unique factors specific to each patient and their family. Families should make this decision, which should be supported by a multidisciplinary approach and possibly a codified ethical decision-making framework.

Copyright: ©2022 King V. This is an open-access article distributed under the terms of the Creative Commons Attribution License, which permits unrestricted use, distribution, and reproduction in any medium, provided the original author and source are credited. 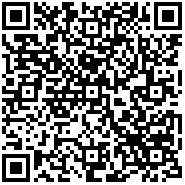