Introduction: The Bourneville’s disease also called the tuberous sclerosis is a rare genetic disorder with a prevalence of about 1 case per 6000 living births, inherited in an autosomal dominant way with a multi-systemic clinical expression. This disease is characterized by hamartoma growing and many other tumours mainly located in the brain, kidneys, skin, heart, bowel, liver, retina and lungs.

Observation: We reported a case of a 27 years old young Chadian lady. She has consulted in the Nephrology Unit for a recurrent left renal colic for which the ultrasound has suggested the CACCI RICCI disease. The questioning and clinical examination have observed a moderated autism syndrome, a recurrent renal colic since 12 years, some dermatological damages (angiofibroma, molluscum pendulum, hypomelanotic macules) and the CT urogram has showed multi-bilateral angiolipoma on the kidneys which suggested the Bourneville’s disease. A treatment based on Sirolimus has been proposed. Then, the cytobacteriological examination of the urine has revealed the presence of leukocytes and gram-negative bacilli which has required a treatment based on Ciprofloxacin 500 mg twice per day for 10 days and Azithromycin 500 mg per day for 3 days.

Discussion: Main example of the congenital ectodermal dysplasia, the Bourneville’s disease is an autosomal dominant disease with large clinical expressions. The etiopathogenic reasons suggest a mutation of two anti-oncogenes TSC1 and TSC2 which code for hamartin and tuberin proteins respectively. The final diagnosis of the Bourneville’s disease associates two major criteria or a major and two minor criteria as described by Gomez. Our patient presents three major criteria from which the multi-bilateral angiomyolipoma without any effect on the kidney function.

Conclusion: The tuberous sclerosis or Bourneville’s disease is a rare disease. Our study has confirmed it because this is the first case in seven years of consultations in the Nephrology department.

The very first descriptions of the Bourneville’s disease have been done during the XIX century [1]. It is a rare genetic, multi-systemic disorder with an autosomal dominant and multi-clinical expression [2,3]. Its prevalence is about one case per 6000 living births and is characterized by hamartoma growing and many other tumours in different body organs such as brain, kidneys, skin, heart, bowel, liver, retina and lungs [4,5]. The etiopathogenesis suggests a mutation of two anti-oncogenes, TSC1 and TSC2 [6]. The Bourneville’s disease is rarely described in the African reviews and we have described the first case in Chad.

Ms Y. N, aged 27, has been referred to the Nephrology department for a recurrent left renal colic; the ultrasound has evocated the CACCI RICCI disease. In her medical history: She had acute episodes of renal colic since age of 15 with one to two months of interval between the episodes; fainting without any reason at the age of two and a frequent convulsive seizure at the age of 7 which has stopped spontaneously. There was also a suicide attempt at the age of 12, a difficulty of schooling then a non-attendance that has resulted in a self-withdrawal from others and social activities. She had a surgical resection of a soft and hanging tissue mass of about 4 cm of diameter located on the left shoulder. The family history reveals dermatological damages such as angiofibroma at her mother’s and sister’s jaws and hair scalp. The clinical examination shows a good general condition and normally colored mucous membranes of the eyes without any jaundice. The patient was not having edema of the lower limbs. The physical examination showed a right renal contact during the palpation of the lumbar fossa. The skin examination has noted dermatological damages such as angiofibroma which are symmetrically located on the face, naso-labial folds and laps.

• There was also a shagreen patch located on the lower back. The urine strip exam was negative.

• The blood count, the kidney and liver function assessment, the serum electrolytes and the blood sugar were normal.

• The CRP blood exam was negative.

• The cytobacteriological examination of the urine has detected the presence of gram-negative bacilli.

• The chest X-Ray was normal.

The final diagnosis of the tuberous sclerosis has been retained based on three major criteria found in our case:

• The presence of skin lesions such as angiofibroma located symmetrically on the face.

• And the multi-bilateral angiomyolipoma detected by the CTurogram complicated of a gram-negative bacilli urinary infection.

Our patient has been given a treatment of Ciprofloxacin 500 mg twice a day for 10 days and Azithromycin 500 mg per day for 3 days to treat her urinary infection. The Sirolimus medicine has been proposed for the causal treatment to our patient with a regular follow-up of 6 months’ time. 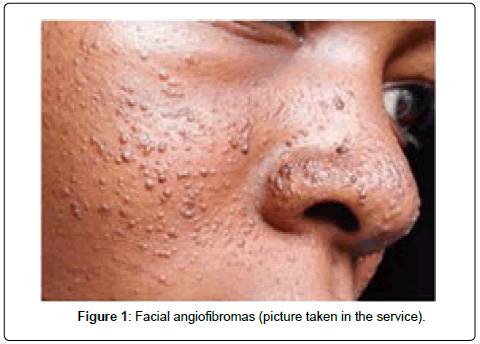 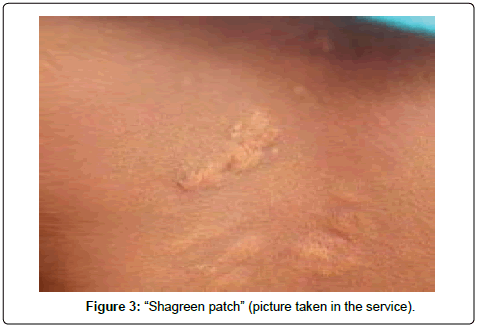 The final diagnosis of the tuberous sclerosis or Bourneville’s disease is deducted from the association of two (2) major criteria or a major and two minor criteria as described on (Table 1) [10]. Our patient had three major criteria which have confirmed the tuberous sclerosis diagnosis. We have proposed the Sirolimus for the causal treatment as recommended by the medical reviews [11-14]. We have also recommended a half yearly follow-up in the Nephrology department. The Consensus Conference recommends a yearly medical follow-up [15].

The tuberous sclerosis is a rare disorder. Our study has confirmed it because this is the first case in seven years of consultations in the Nephrology department. It has shown the importance of assessing a recurrent renal colic with a CT urogram and some skin conditions which lead to the diagnosis of the Bourneville’s disease.

Copyright: Ã??Ã¢??Ã??Ã?Â© 2019 Hamat I, et al. This is an open-access article distributed under the terms of the Creative Commons Attribution License, which permits unrestricted use, distribution, and reproduction in any medium, provided the original author and source are credited. 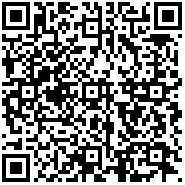